This week our headline article is a short yet deeply insightful piece by Morgan Housel.

​a. 'Reality Catches Up' by Morgan Housel​

You complete an MBA/engineering degree and are looking for a job.

Guess what - you win the job market lottery! How? Because you have graduated at the peak of a boom cycle. You get a job with an unheard of starting salary.

That sounds like a great thing to have, right? An asset as it were.

Morgan Housel has a different point of view.

An asset you don’t deserve can quickly become a liability.

Maybe your portfolio surged during a bubble, your company hit a monster valuation, or you negotiated a salary that exceeds your ability. It feels great at the time. But reality eventually catches up, and demands repayment in equal proportion to your delusions – plus interest.

Don't get me wrong - this is not to say that getting a great job reflects poorly on you. All that this article states is that sometimes windfall gains change our perspective of what is the norm... and then, any future events are forever benchmarked to that norm.

Here's a vivid example in the article:

WeWork is currently worth $3.5 billion, which is a monster success for a 12-year-old company – it’s probably in the top 0.0001% of business successes. But of course no one feels that way. The company was worth $47 billion a few years ago, and it was trying to go public at a $100 billion valuation, which no one could justify but felt fun because those were the times we were living in. So by comparison today’s valuation feels like a corporate bellyflop – embarrassment, employees whose stock options expired worthless, and morale shattered as it laid off thousands of people. Every cent of valuation it didn’t deserve was a debt that came due without mercy. What should be a company celebrating its enormous success is instead a company whose head hangs low and whose former employees hold a grudge – that’s the debt coming due.

I knew people during the (2008) housing bubble who went from earning $8 an hour delivering pizza to $250,000 a year selling subprime mortgages. Of course reality came due, and their income went back to normal. But not a single one of them considered their flash of money to be a lucky windfall – in every instance it became a number to anchor to, a source of bitterness and self-doubt when reality returned. And in every instance the money funded a lifestyle that eventually had to be surrendered, which became a point of social shame, particularly when a spouse and kids were involved. The money didn’t feel like a windfall because it wasn’t – it was a hidden form of lifestyle debt that abruptly came due.

There is a Hindi saying:

And if they are not careful, that gain can quickly turn into a liability.

​b. 'Why the Old Elite Spend So Much Time at Work' by Derek Thompson​

The traditional model of work: Start work at 20, retire at 60, go see the world.

Well that model no longer exists.

Older folk would like to continue to work, as per this fascinating article by Derek Thompson, who looks at data across sectors.

For example in business:

Businesses are getting older. The average age of new CEOs at Fortune 500 companies is very likely at its record high, having gradually increased throughout the 21st century. And it’s not just the boss; the whole workplace is getting older too. Between the 1980s and early 2000s, Americans under 45 accounted for the clear majority of workers. But that's no longer the case, since the large Baby Boomer generation has remained in the labor force longer than previous cohorts.

In science and academia...

...in the past few decades, the typical age of scientific achievement has soared. Nobel Prize laureates are getting older in almost every discipline, especially in physics and chemistry. The average age of an investigator at the National Institutes of Health rose from 39 in 1980 to 51 in 2008, and the average age of principal investigators receiving their first major NIH grant increased from about 36 in 1990 to about 45 in 2016

In film, the average age of movie stars has steadily increased since 1999, according to an analysis by The Ringer.

Why is this happening?

Derek offers multiple hypotheses including: improvements in health and living standards, the changing nature of work, the centrality of work to modern identities, and a few other interesting reasons.

Imagine if I gave you this advice: In a bid to get an audience's attention, do not lose sight of your own mental and physical well-being.

You'd yawn and say: Stop with the gyaan, please?

...(There are many) downsides of chasing commercial success at the expense of your beliefs and dignity. Unfortunately, with the rise of social media and algorithmically-controlled dopamine, this problem only seems to be getting worse.

One of the more extreme examples of this is the YouTuber Nicholas Perry, better known today as Nikocado Avocado. Perry saw little success as a YouTuber until he started uploading videos of himself eating in front of the camera. But what started as innocent videos of Perry sharing his meals online soon became vulgar spectacles of gluttonous excess. Perry gained millions of subscribers, but lost himself along the way.

Fair warning: It's a graphic image.

Nick also laments about the growing menace of the 'gyaan-baba' Twitter threads:

the desperate quest for attention hasn’t been limited to YouTubers. I recently tweeted about how Twitter has become an endless stream of threads and I’ve seen others note this as well (see here, here, and here). The sad thing is that these cheap engagement tactics actually work to grow your Twitter audience.

Good advice by Nick. Of course, the reason it goes down much better is because it's blended with a few good stories!

​a. 20VC: The Job of the CEO is Do As Little As Possible - with Ian Siegel (CEO, ZipRecruiter)

I came across this episode on Sajith Pai's twitter feed. Boy is it one of the most insightful conversations with a startup founder that I have heard!

Ian keeps belting out insights one after the other - on why everyone should learn storytelling, on the best interview questions to ask, on how being a father makes him a better CEO.

This is SO cool: 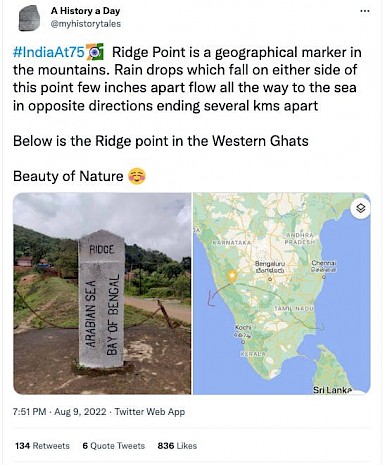 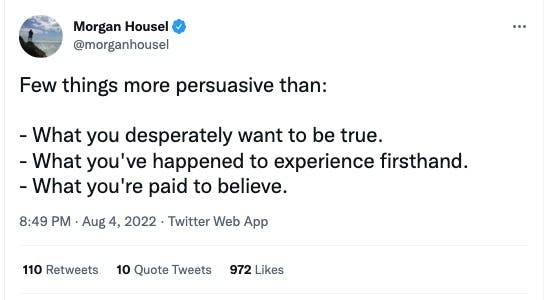 Timely message and a stunning, evocative visual. But very uncool of Mr. Bloom not to credit the artist Pascal Campion in the first tweet itself (he credits in the second tweet). Check out the artist's work on his feed directly. 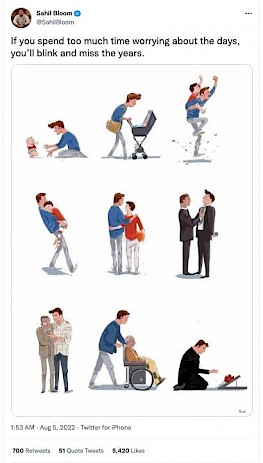 "Success is a lousy teacher. It seduces smart people into thinking they can't lose."

This one is worth the hype.

It's a great watch - for the stellar acting by Alia Bhat, Shefali Shah, Vijay Verma, Rajesh Sharma and even Roshan Mathew. For the sharp editing that keeps the story moving forward. But mostly for the superbly crafted script and dialogues - that keep you engaged and entertained throughout.

Fair warning - there are scenes of graphic violence in the movie. They are mostly indicative but still discomforting and you will squirm in your seats.

Good to see such strong scripts being greenlit and produced by popular actors.