This week's headline article is a tweet thread by Tomas Peuyo where he explains the worrisome current global economic scenario.

- #​SOTD 61: Finding unusual connections (and contrasts): A viral LinkedIn post by NK Ram (founder of P2P lending firm, Rang De) gives us some interesting storytelling lessons. He makes an unusual connections between the world's richest guy and a rural woman from Rajasthan, then uses the power of contrast between their situations and then gives the story a satisfying conclusion.

- #SOTD 63: A story for choosing between 2 bad options: A friend comes to you for advice - he is struggling to choose between two bad options. Instead of arguing the pros and cons of each option, here's an idea - share the flagpole story.

- #​SOTD 64: An ‘intelligent’ analogy for Twitter: How do you explain Twitter to a guy from 1900? In this tweet thread, Tomas Pueyo uses a fascinating analogy of Twitter being humanity's brain - and finds seven common factors to make the connection stronger.

- #SOTD 65: An aww-shucks story by Ryan Reynolds: A hilarious entertainer shares an emotional story from his childhood. And gives us some big-brother goals.

a. Why are tech stocks crashing and inflation soaring? Tweet thread by Tomas Pueyo​

Disclaimer: I'm no economist. What I've written below is my crude understanding of the major economic trends over the past 14-odd years.

So, post the 2008 financial crisis, the central banks of the world had figured out a way to propel growth - lowering interest rates and printing more money to encourage a massive spending boom.

I remember Sajith Pai quipping that all VCs should do a daily "aarti" of Janet Yellen and the US Fed.

But here's the deal. As per established economic theory, there is a cost to printing more cash - it can lead to inflation, since you basically have more money chasing the same amount of goods.

To the mystery of most market experts, the decade-long expansionary monetary policy (across the globe) did not lead to consumer inflation (of course asset prices skyrocketed). The party continued.

Until the music stopped that is. 2022 has been the year of reckoning.

What changed in this year?

Both of these factors resulted in a massive supply shock - and eventually the world could not keep the inflation monster down.

In this fascinating tweet thread, Tomas Pueyo breaks down the story in simple messages and with a clear flow. Sure he may be over-simplifying some elements. But for laypeople, this is as good an explanation of the events as any.

Would love to read more nuanced explanations of these phenomena, if you come across them. Please do share!

a. Johann Hari on the Good Life Project

Johann is the author of a recent book, 'Stolen Focus: Why You Can’t Pay Attention - and How to Think Deeply Again'

In the conversation, he talks about how our attention hasn't been frittered away - its been stolen by deliberate actions by large tech companies... and it is something we can all reclaim.

One concept I liked in the episode was the formulation of the three 'layers' of attention:

- Spotlight: Ability to filter out all other things around you and narrow down to one thing. This is the most common form of attention we think about and is the one that gets interrupted the most. Johann quotes a study that says that the "average American office worker focuses on one task for only about 3 minutes"

- Starlight: This is the ability to be attentive of (and achieve) our medium to long term goals - to start a business, or write a book. (The analogy being: In a desert, people would navigate using the stars). This is also getting significantly disrupted.

- Daylight: This is the highest level - how do you even know what your long term goals are? How do you know you want to really start a business? Or write that book...? So this is called 'daylight', because we can see clearly only when the room is flooded with daylight. Johann says that our short term and long term attention is so disrupted that it is damaging our ability to really think about our long term goals.

Instead we are being almost pushed around from notification to notification, without the awareness to understand where are we heading towards...

​
What's the way out - how do we reclaim our attention?

Johann does not believe the way is to curb your smartphone usage or reduce apps on the phone. That, according to him, is akin to wearing a gas mask to save yourself from air pollution. Why not remedy it at the source of the pollution itself, he wonders?

Johann's key idea is to completely revamp the ad-driven business model of the social media giants.

Instead, Johann argues, we should curtail/ban the ad-driven model and convert it into some form of a subscription-driven model. If we pay for the product, then we become the customers and the social media giants would tailor it for our needs, not that of the ad companies.

Sure this idea also has its issues (will everyone be able to pay for social media?). But Johann remains hopeful...

For the sake of our attention, I sure hope that his optimism is not misplaced.
​

Smart thinking by this Danish ruler 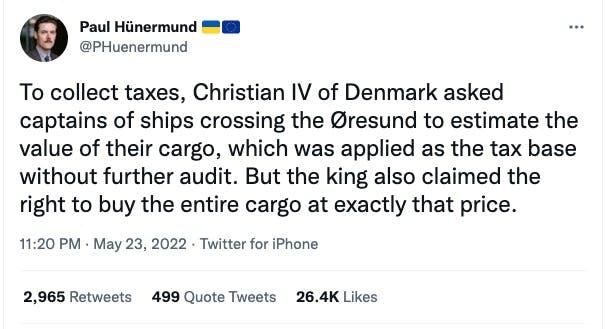 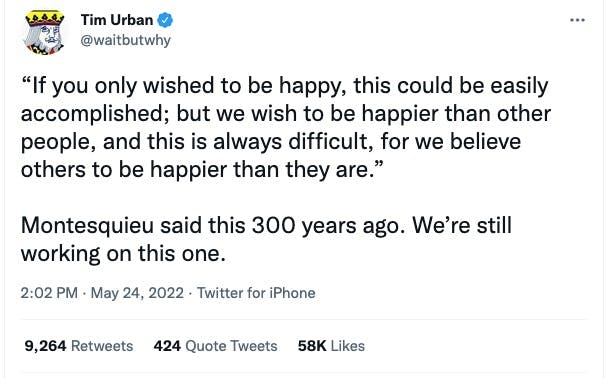 - Leslie Lamport (referenced from this tweet by Paul Graham)

Watch Friends star Matthew Perry (Chandler) ace this story about his encounter with director M Night Shyamalan (watch it till the end).