You know it by now. Omicron has an evil cousin (BA.2) which has several countries seeing a surge in cases.

How bad is the situation exactly? Which countries are worst hit? Are some of them seeing a And should we be worried?

Here's a clear and lucid data story by John Burn-Murdoch of the Financial Times.

John starts with the big picture: 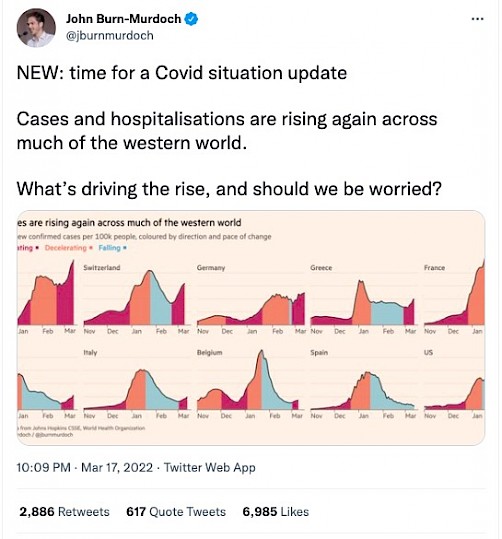 And then answers it with infection data split by variant (using a line chart clearly demarcated by variant):​ 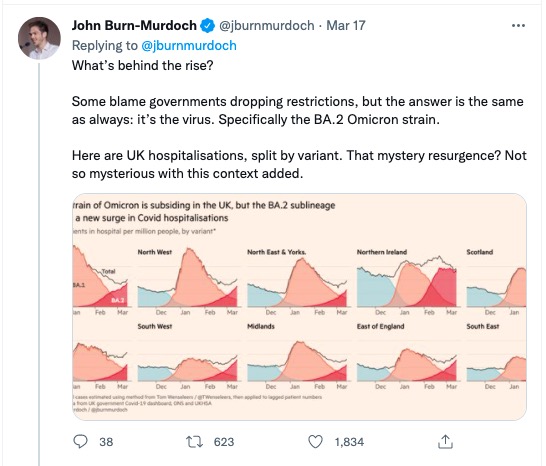 Note that he could have given this split in the earlier chart itself... but he uses the following principles in the second tweet:​

- Start with the Big picture (only) first; give the details later

- Control the release of information

- Pique audience curiosity by explicitly stating the question before answering it

Further, throughout the thread, John uses the 6W1H framework (the seven questions of a data story - What happened, How much, When, Where, Why, Why not and What next):

- How much: Quite severe in some countries, not so much (yet) in others

- Where: This is where the thread spends most of its time. There are significant spikes seen in Austria, Switzerland, Germany; increasing trend also seen in Greece, France, UK, Italy, Belgium; no visible spike yet in US, Spain; and countries like Denmark and Netherlands are already descending from their peaks

- Why not (what factors are ensuring the cases and hospitalisations are not much worse than they are): Since most of the population is vaccinated, it's surmised that BA.2 won't be as lethal as previous variants.- Why: The Omicron BA.2 Variant ("BA.2’s transmissibility advantage over BA.1 is driving the resurgence")

- What next: A very nuanced position taken on this. For instance take this tweet: 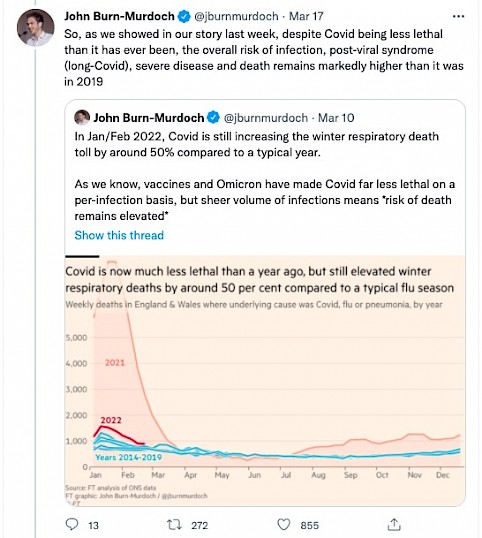 Essentially, the net takeaway is: While the new Covid variant is far less lethal than the original variants, it is more dangerous than the typical common cold. So exercise caution.​ 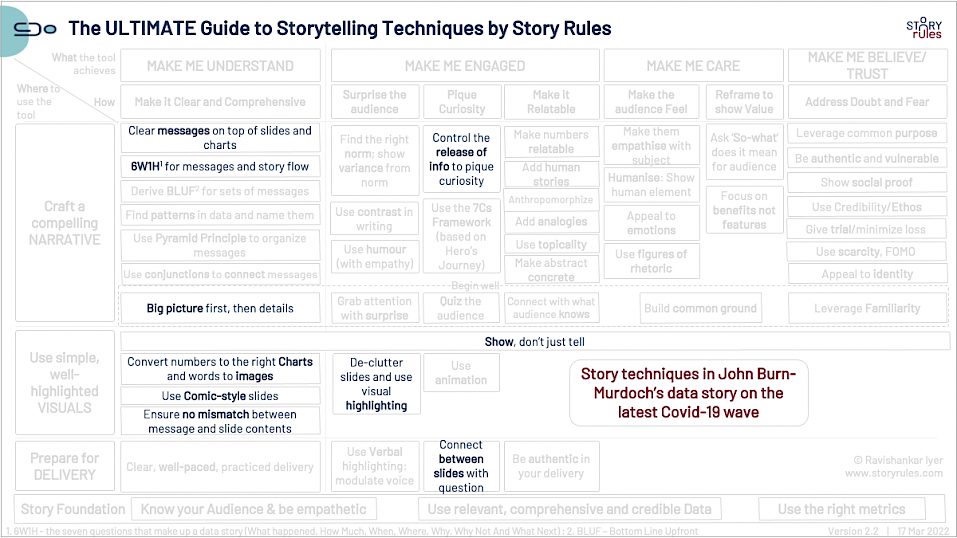