Amongst the many voices being heard on the Russia-Ukraine war, one surprising appeal issued last week went viral and had the internet abuzz. 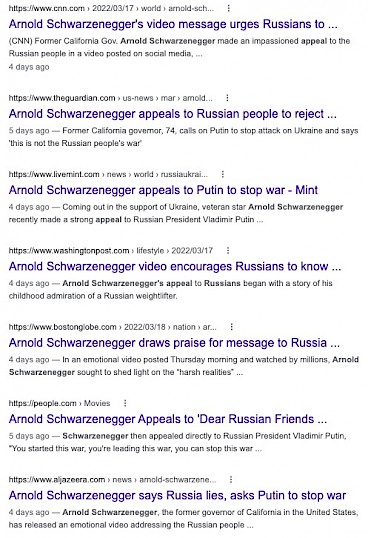 It was from Arnold Schwarzenegger, actor and ex-Governor of California. And it was a great case study in Aristotle's three modes of persuasion.​

About 2.300 years ago, the Greek philosopher Aristotle had distilled the essence of persuasion into three key elements: Ethos, Pathos and Logos.

- Ethos stands for Credibility/trust in the speaker;

- Pathos refers to the emotional appeal and

- Logos refers to the logic and facts the underpin the argument.

I've written earlier about the use of this framework - for example here and here.

What was interesting in Arnold's speech was how much importance he gave each element.

Ethos to kick things off

In the 1,170-word speech he spends the entire first one-third of the appeal building up his ethos: 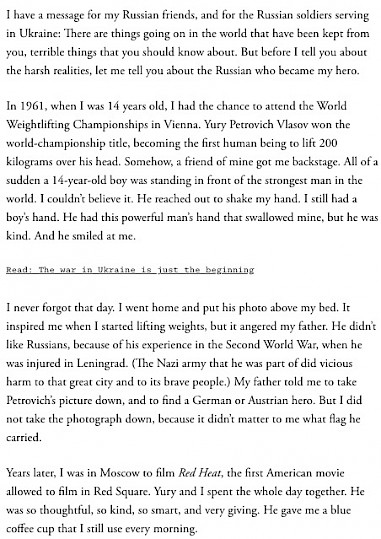 He knows that Russians are mistrustful of any western voices. And so he is essentially telling them: 'I am not a typical "Russia-hater". In fact, I genuinely love you guys, especially this childhood hero of mine!'​

Notice the amount of detail in the story about his weightlifting hero - the big hands, the photo, the blue coffee cup. Adding the right amount of detail - using the 'show, don't just tell' principle - makes the story easier to believe for the audience.

After Ethos, a bit of Logos

After this intro, he spends about 129 words (about 10%) outlining the logical arguments against the war:

And then a whole lot of Pathos

Ultimately he makes his audience see and feel the futility of the war.

He doesn't just say that war is brutal... he says "When I see babies being pulled out of ruins..." making his audience see the horrors of conflict.

He makes them feel the immense negative repercussions on innocent lives - whether they be of elderly Ukrainians or young Russian soldiers. 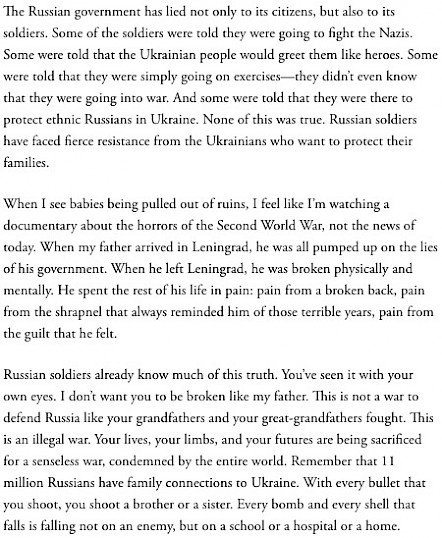 Finally he makes them feel for the ordinary people back in Russia who are actually protesting against the war... and concludes with a 'callback' to his Russian hero at the end. (An "I'll be back" tribute?!)​

This 10 minute speech may seem like something spoken straight from the heart... which I'm sure it would be.​

But, I wouldn't discount the hours of preparation and drafting that made it a compelling and heartfelt plea.

Many thanks to Chandresh Natu for bringing this to my notice!

PS: This was the piece that I had written yesterday and lost today morning. I could not retrieve it - and after coming to terms with the fact that it won't come back, decided to just rewrite it... 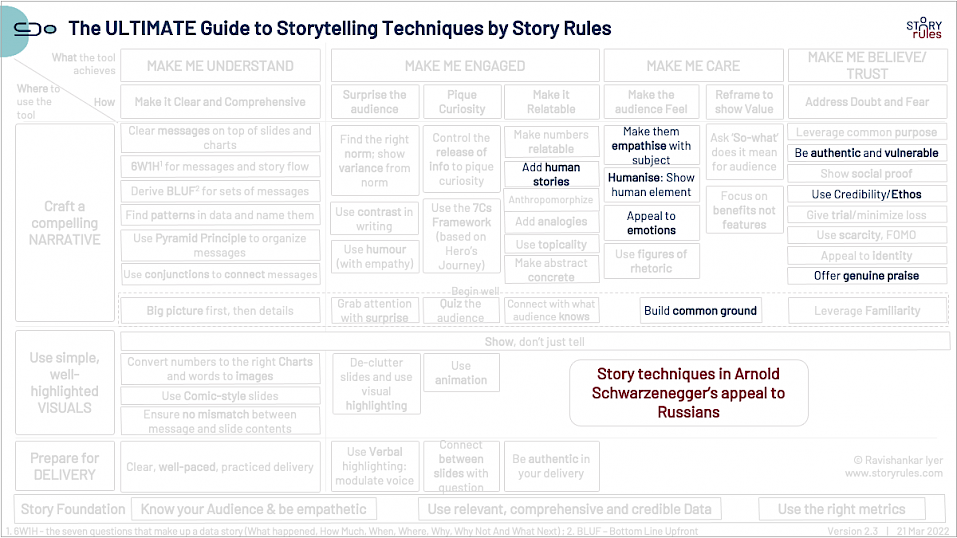