In the recent test match between Pakistan and Australia, played at Karachi, the ESPNCricinfo commentators had this to say for a ball in the 26th over:

Just a regular short ball and a boundary off it.

Oh, but that straightforward description misses so much context.

In a riveting 1,128-word piece written for the Cricinfo website, Danyal Rasool tells you the story of that shot, which kicked off that Babar Azam innings which saved the test.

Of the 1,128 words, how many words does Danyal to set the context, before he reaches the first shot played by Babar?​

652. More than half of the entire piece.

Here's how he does it: 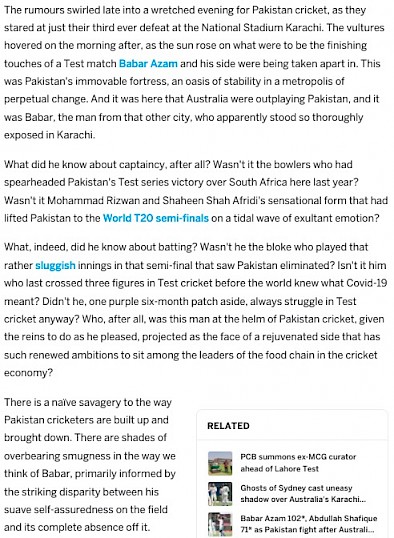 What Danyal is doing in these 652 words is essentially setting the context for what happens next. He is describing the context of Pakistani cricket: The context of the power its administrators have, of the vicious criticism that befalls anyone who loses, of the specific challenged circumstances of this captain and then the specific challenged circumstances of this match. 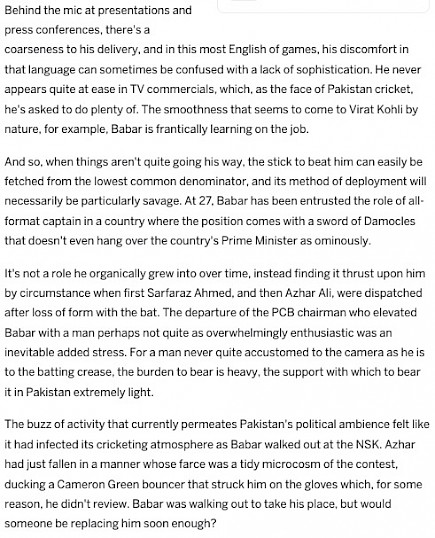 Essentially, the writer tells us - what makes Babar's performance so special are the norms that contextualise it. Here they are:

We don't know about that, but this is what he does:
​

This was the first boundary of the innings. The first of many to come.

But it had a story behind it. And Danyal made sure we got the story and understood the significance of the moment. 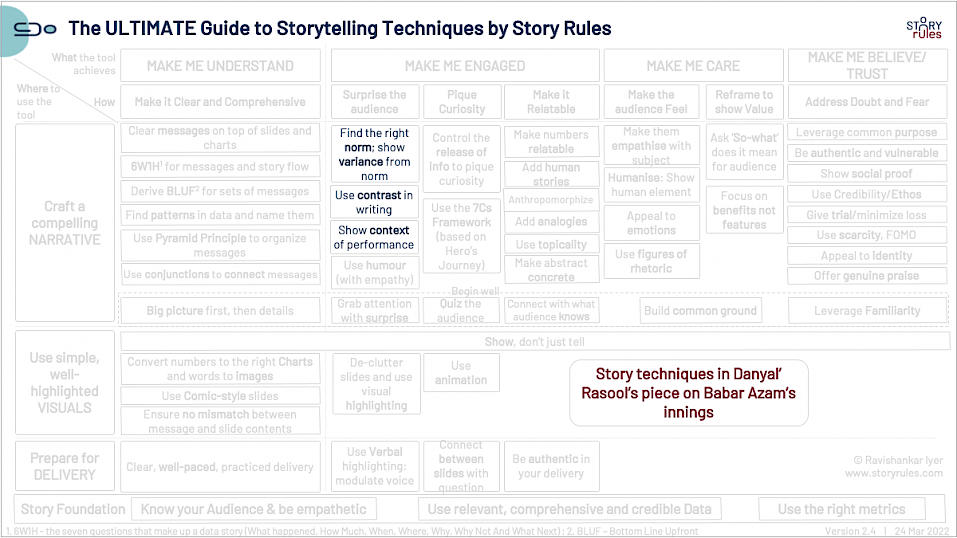