#SOTD 40: The funniest writer in finance

The world of tech-fin was abuzz this week with the monster announcement of Elon Musk buying a 9.2% stake in Twitter, becoming its largest shareholder: 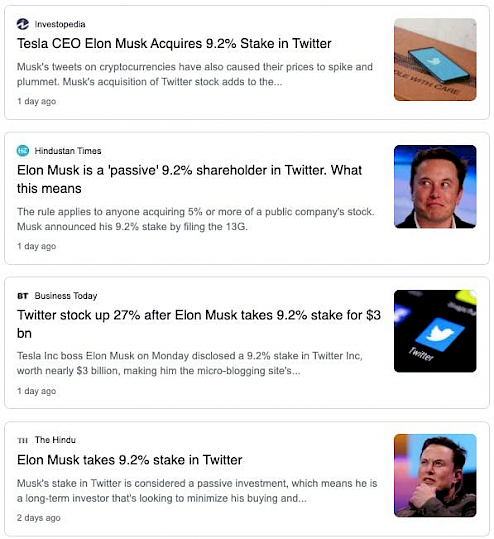 What was the reaction from a large section of the press? That this is, um, bad news for freedom of expression:​ 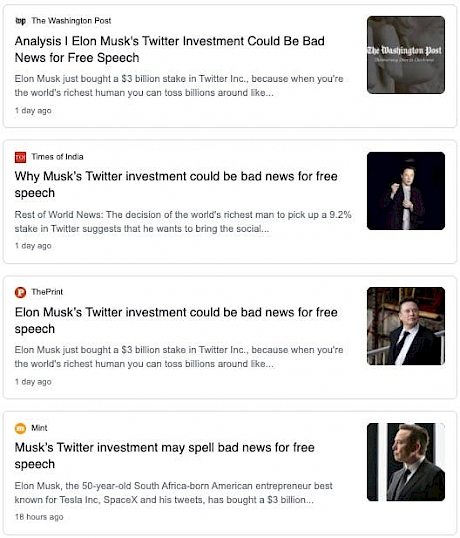 ​(at least change the headline guys)

Wait a minute, HT had a different one:

Anyway. The take I enjoyed the most was from the peerless Matt Levine - by far the funniest writer in the world of finance.​

Flashback: Here's what I had written about Levine in my newsletter in Aug-21:

I think Matthew Levine is either:

a. An alien from another planet

b. The generic name for 5 clones who all look, speak and write the same

c. An AI program that is from the future.

I refuse to believe that one individual could be so productive and so good.

His daily newsletter, 'Money Stuff', on the world of finance and business, is super-popular, reaching 150K+ readers. More importantly, the emails are incredibly insightful, insanely witty (I mean, I've laughed out loud several times) and if that weren't enough, intensely long!

Back to Musk. In his newsletter dated 4-March, Levine gives us an interesting theory as to why Musk invested in Twitter: It is just Musk being Musk!

Look this all makes complete sense, obvious, intuitive, simple sense. If you are the richest person in the world, and annoying, and you constantly play a computer game, and you get a lot of enjoyment and a sense of identity from that game and are maybe a little addicted, then at some point you might have some suggestions for improvements in the game. So you might leave comments and email the company that makes the game saying “hey you should try my ideas.” And the company might ignore you (or respond politely but not move fast enough for your liking). It might occur to you: “Look, I am the richest person in the world; how much could this game company possibly cost? I should just buy it and change the game however I want.” Even if your complaints are quite minor, why shouldn’t you get to play exactly the game you want? Even if you have no complaints, why not own the game you love, just to make sure it continues to be exactly what you want?

The game is Twitter, the richest person in the world is Elon Musk

Levine starts off his email with that evocative analogy of a computer game.

And then it gets better:

I hope that if Elon Musk is going to do activism on Twitter, it will not be for tedious “free speech” advocacy. I hope it is like:

Twitter’s relatively new chief executive officer, Parag Agrawal: Welcome, Mr. Musk. We’re so glad that you are our biggest shareholder. We have prepared a presentation showing how we are executing on our strategy of being more technically nimble, building new products and growing revenue and active users. Here on slide 1 you can see—

Elon Musk: Make the font bigger when I tweet.

Musk: I am your biggest shareholder, I want the font on my tweets to be bigger than the font on everyone else’s tweets.

Agrawal: That’s not really how we—

Musk: And it should play a little sound when I tweet so everyone knows.

Agrawal: I just feel like we want to make a good product for all of our millions of users? I feel like that is going to improve profitability in the long run and, as our largest shareholder, you in particular stand to benefit from—

Musk: Oh I don’t care even a little bit about that, if your stock doubles that is rounding error on my net worth, I just love tweeting and want to meddle a bit to optimize it for my personal needs.

I hope he demands a board seat. He’d be the first Twitter user ever to join the board.[1] I hope he live-tweets the board meetings.

Ok, I get it. You think this is all too tongue-in-cheek. But the broader point that Levine makes is that things in the world of business and finance have changed in the last couple of years - and the lines between reality and fiction have been blurring. (For instance the meme stock craze).

His explanation for Musk's investment may be facetious... But in today's strange times, it may be the simplest one - and a plausible one at that! 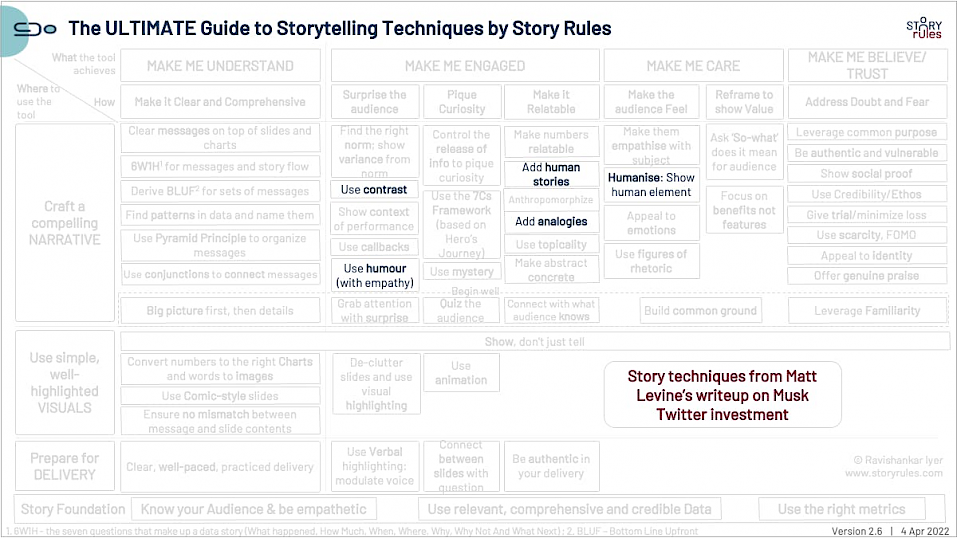