After a two-week summer vacation break, #SOTD is back - onto number 51!

What is Netflix's real competition?

Well they are, but there's more.

That too, but there's more.

Of course, we have cinema theatres (which would hopefully continue to remain open!). And then we also have social media, gaming, hanging out with friends...

Here's Reed Hastings, the CEO of Netflix, on what he considered their real competition, back in 2017:

“You get a show or a movie you’re really dying to watch, and you end up staying up late at night, so we actually compete with sleep,” he said of his No. 1 competitor. Not that he puts too much stock in his rival: “And we’re winning!”

Well, guess what there is a new competitor in town. And Netflix seems to be struggling to retain its grip on viewers attention as it once did... and as a result it's been enduring a steep fall in its stock price in 2022.

It’s still the Attention Economy, however. And the business iceberg whose mass is hidden underwater by the lack of a daily mark, as it’s private, is not a bird app or Netflix. It’s … TikTok. TikTok’s parent company, ByteDance, is now the most valuable startup in the world — with an estimated valuation of $360 billion, larger than Netflix, Twitter, Snap, Uber, and PayPal combined. Ironically, this was the value of Netflix just six months ago.

In Scott's article, there's one para which stood out for me:

What Facebook did to traditional media and Netflix did to cable TV, TikTok is doing to Facebook and Netflix both. The social media/streaming hybrid has quietly become one of the most powerful WMDs in the world, with a production army of a billion users producing its content for free. This unrivaled reserve of energy is refined by an algorithm that is a supercollider of the TV Guide, TiVo, a remote control, and the brain, choosing between billions of programs (globally) in a fraction of a second. Imagine if Netflix reported that it had reduced its content budget from $17 billion to zero … yet still added new users equal to the populations of Japan and the U.K. No need to imagine, that’s TikTok.

The last two lines are a great example of: 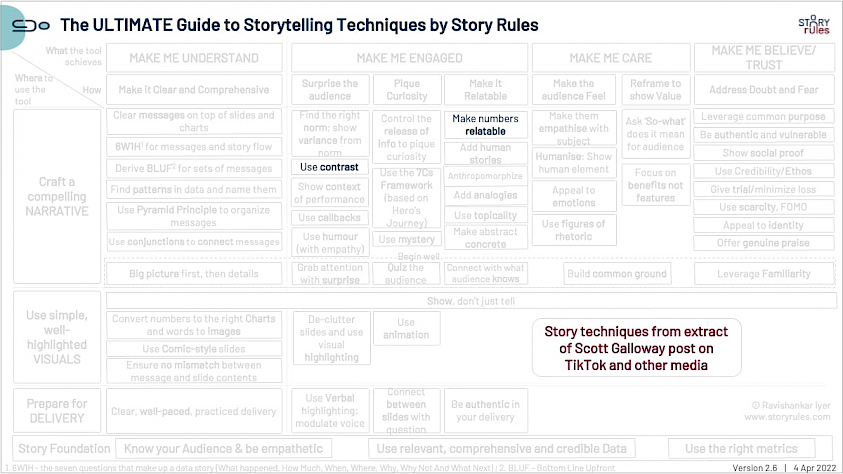