Once in a while, you get a data-story example, which covers you for a whole week of #SOTD.

Last week I received one such gem from #SOTD reader and ESD participant, Biswajeet Pattnaik. Biswa had shared with me a deck created by senior leaders at Sequoia, one of the world's largest VC firms.

The presentation was an internal one made by Sequoia to its portfolio companies... but clearly they intended the message to go out everywhere - especially to other startups.

And luckily for us, it offers several data-storytelling lessons. This week, I shall be profiling one lesson each day.

We start at the beginning. This part is (I think) written by Roelof Botha, ex-CFO of Paypal and partner at Sequoia. 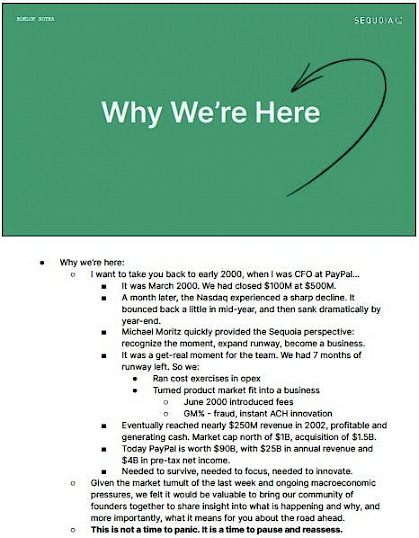 Roelof starts with a personal story - of having gone through a similar market downturn in 2000-01, when he was the CFO at PayPal. He draws parallels between the current period and that one ("the Nasdaq experienced a sharp decline") and most importantly assures his audience that such a crisis need not mean end of the road.

The story - using simple numbers - illustrates that it is possible to survive and thrive if one cuts costs, focuses on profitability and cash-generation. It also:

The rest of the presentation, he elaborates on:

We cover some of the storytelling techniques in the later slides in the coming days.

Today's lesson: When presenting to an audience about how to manage a crisis, consider starting with a personal story of when you managed a similar crisis in the past - it adds credibility and offers hope. 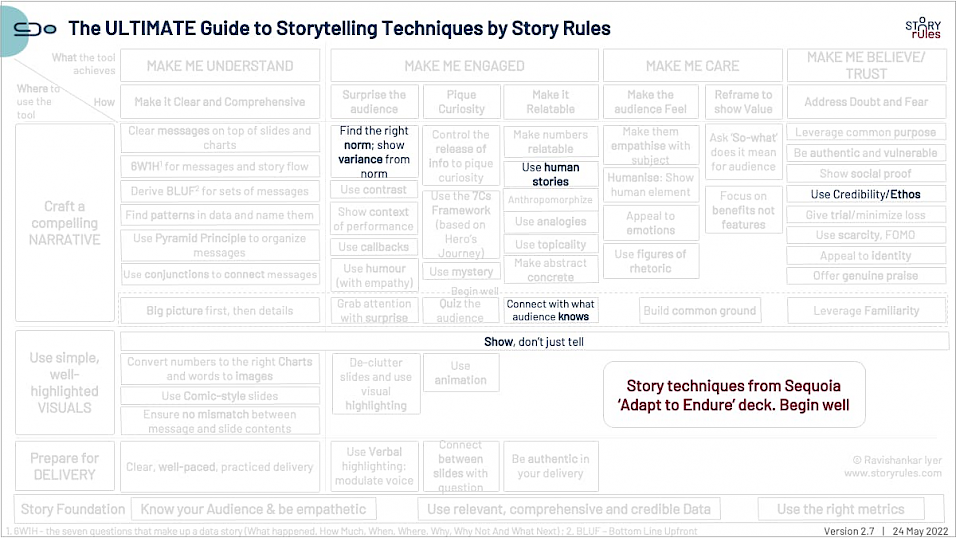