What is the right analogy for the Blockchain/crypto-economy/Web3?

Often, people compare the blockchain with the emergence of the internet. That is significant.

But hang on, the internet itself is not terribly old. It is just around 30 years old.

When the internet came along, how did people describe it?

It depends on when you posed the question.

Around April 2000, when the stock markets had seen an almighty crash post the dot-com boom, there was one overwhelming metaphor being used: The Gold Rush​ 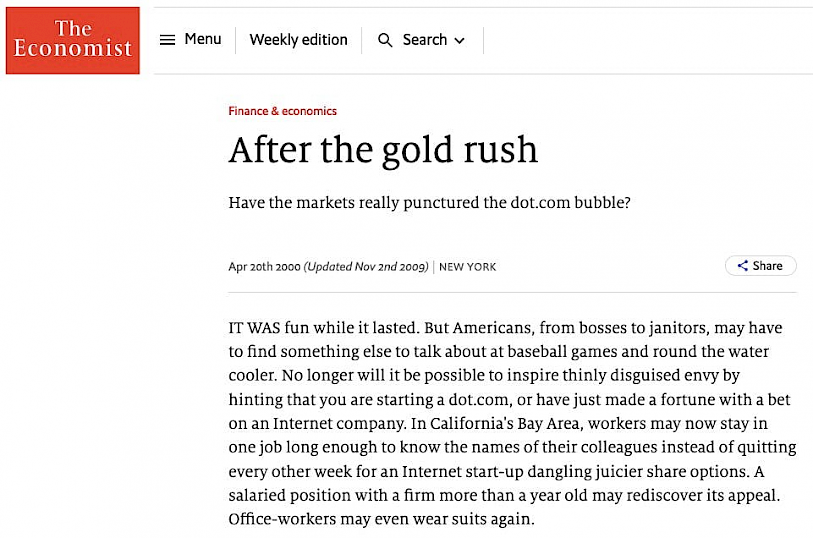 On the face of it there seems to be a lot of common themes between the dot-com mania and the California Gold Rush (which peaked in 1849) - both were centred around the same geographical area (California's Bay Area), both saw a mad frenzy of activity reaching a crescendo, before it crashed taking down the dreams of hundreds of thousands... It seemed like an apt metaphor.

In this TED Talk given in February 2003, he examines the validity of the gold-rush analogy.

After finding several common themes between the two, Bezos then finds several critical differences and opines that no, the internet is not like the gold rush.

Instead, he says, it is like the birth of electricity.

He then goes on to find several, more compelling common themes between the birth of electricity and the birth of the internet.

No prizes for guessing which analogy won in the long term.

When trying to explain something novel/foreign, try to think of the relevant analogy.

Some other noteworthy elements from the talk:

- The detail that Bezos gets into to make the comparisons

- The ability to draw several 'connections' between the two concepts 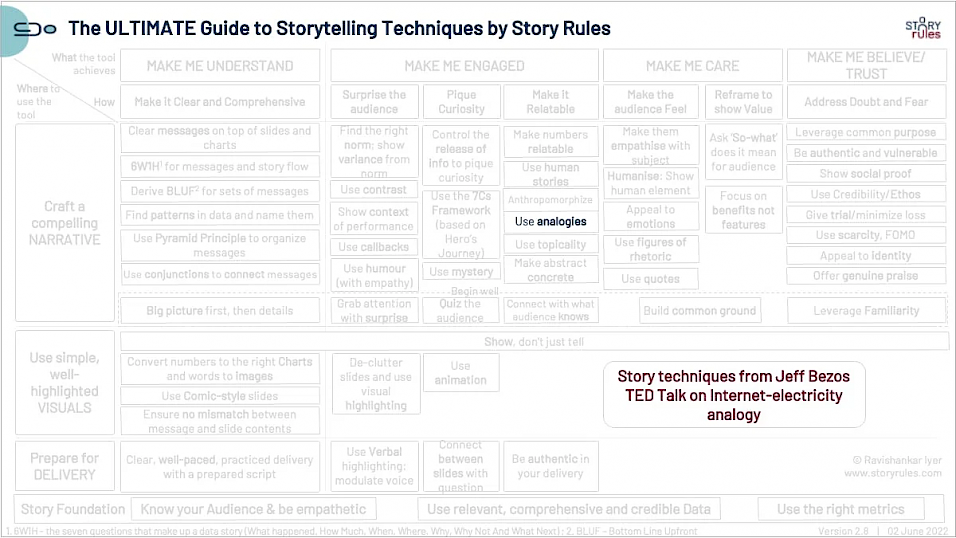