Father's Day was celebrated yesterday and there were many posts on social media commemorating the event.

One of those posts told a good story. 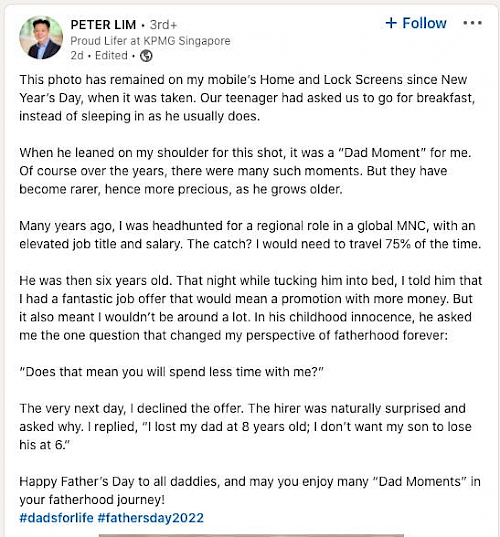 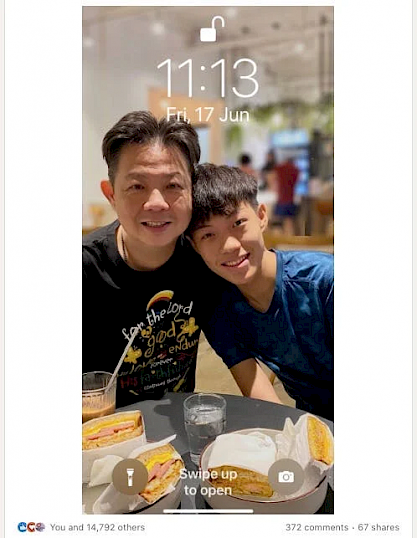 Note the use of

A teenager leaning on dad’s shoulder! Also, the dad leaving a job with an elevated job title and salary.

While Peter might be from a different country and culture from yours, the love that a father feels for his child is universal - and the story taps into that emotion beautifully.

The most important moment in that story is the child response to the dad's new job offer. In order for us to feel that moment in its full emotion, it is important to slow down the story in this section. Instead of just saying that "My son wasn't too happy with my new job offer", Peter recreates the scene fully:

He was then six years old. That night while tucking him into bed, I told him that I had a fantastic job offer that would mean a promotion with more money. But it also meant I wouldn’t be around a lot. In his childhood innocence, he asked me the one question that changed my perspective of fatherhood forever:
​
“Does that mean you will spend less time with me?”

I liked the way the writer framed the choice using contrast in the last para:

The very next day, I declined the offer. The hirer was naturally surprised and asked why. I replied, “I lost my dad at 8 years old; I don’t want my son to lose his at 6.”

Some of you might feel that there is some virtue signalling going on here. Fair enough, but I think for the overall cause it is ok! 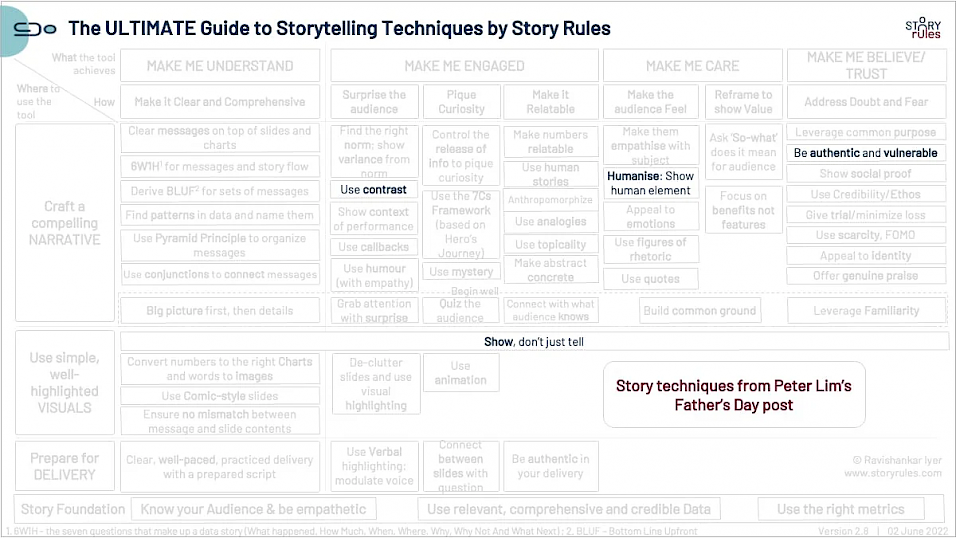