I've written about his method with an example in #SOTD 55.

Context for that story: In early May-22, the Twitter CEO, Parag Agrawal, had made a statement about the Twitter Board agreeing to the stake sale to Elon Musk:

Matt Levine didn't think so. He went on to deconstruct why that statement was actually surprising given the current context.

Here's how I had deconstructed it:

- The earlier norm was: Focus on Shareholder value

- Which is what makes Agrawal’s response so surprising.

Levine again: "And then Twitter’s CEO shrugs and says, in effect, “meh look this deal might be bad for our users and employees and product and mission, but we can’t think about that; the price is right and my only duty is to shareholders.” It’s strange!"

If you want to highlight what is surprising about something, show the norm and highlight the variance from the norm.

And which is where I come to today's #SOTD.

In a recent interview on the Longform podcast, Matt actually revealed the method underlying his thinking/writing process.

In the conversation, the host makes a point that Matt's pieces seem to have two parts:

Matt thinks that there's not two, but three parts to his writing. Starting from about minute 10:01, here's how he puts it.

You know it's interesting that you say there are two ingredients. Some of these things, I think there are three ingredients... beginning with the general conceptual framing of aspect of the financial world...(for example) 'This is how lending works'. And then in the middle there's the story... (What happened)

And then the third part is (my) take, but it's tying the general conceptual framing to the event that happened. And those are the most satisfying, because I wake up (to a) new story. And (so I say) let me take a step back and figure out how some element of finance works at a deep intuitive level and then I figure it out, understand it better to my own satisfaction as I write it, and (say) here's this new story that illustrates it...

It is essentially what I had written in the previous #SOTD - but cool to hear from Matt himself!

Also interesting additional perspective that he gives is - when you think of stuff at a deep, fundamental level, it clarifies your own thinking and enables you to interpret current events using the right lens. 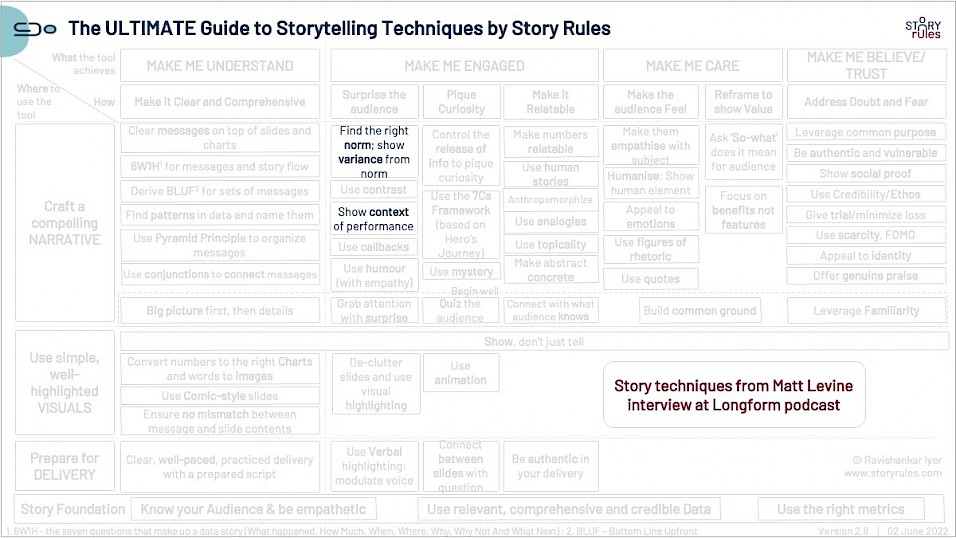