What is the common theme connecting the launch of the following venture funds:

I had no clue - heck I hadn't even heard of most of these funds. 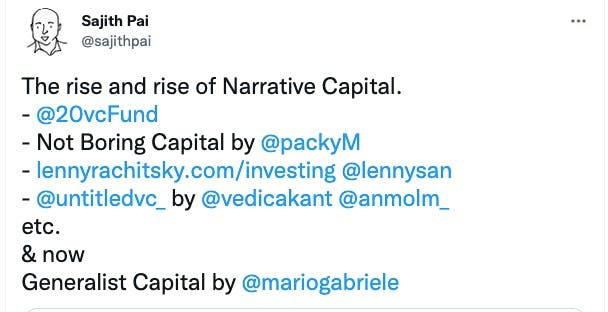 This tweet is a great example of finding and naming a pattern from disparate data points.

Seeing the traction that the tweet got, Sajith wrote a small essay explaining what he meant by the term:

Narrative Capital is my term for a trend that has accelerated lately in venture capital; one where writers / podcasters / media creators purveying tech and startup content have raised funds / vehicles to invest in startups. Effectively, they are leveraging their large and growing fanbase of followers and consumers to launch an investment vehicle. These funds aren’t very large (typically in the $10–20m range) with the exception of Harry Stebbings (20VC) who did raise $140m.

You can read the post for a more detailed explanation 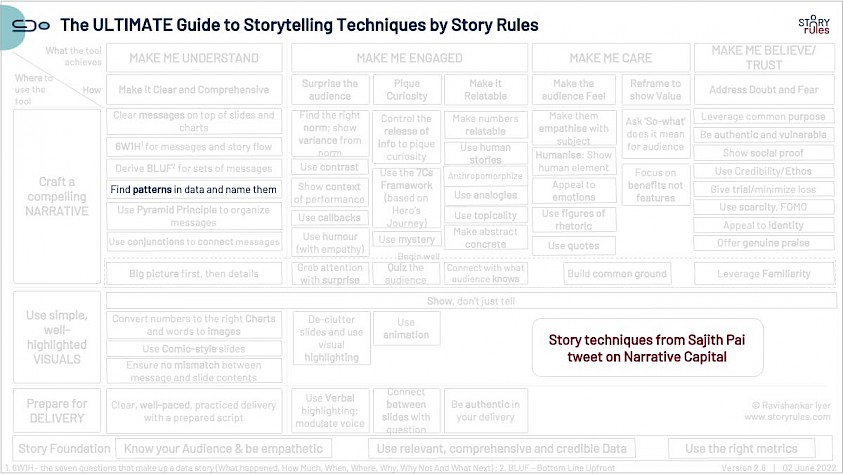