Startup founders are taught to dream big - to aim for the sky, especially in terms of their addressable market.

While that may be true in the long term, in the short term, there is another approach that works.

In doing so, Lenny is using the power of surprise - offering a point of view that runs counter to established ideas.

He then uses another storytelling principle: 'Show don't just tell', when he offers several examples of what he means by a very narrow audience.

He doesn't stop there. He gives another example in which he again uses the power of contrast - in sharing good and bad examples of defining your audience. 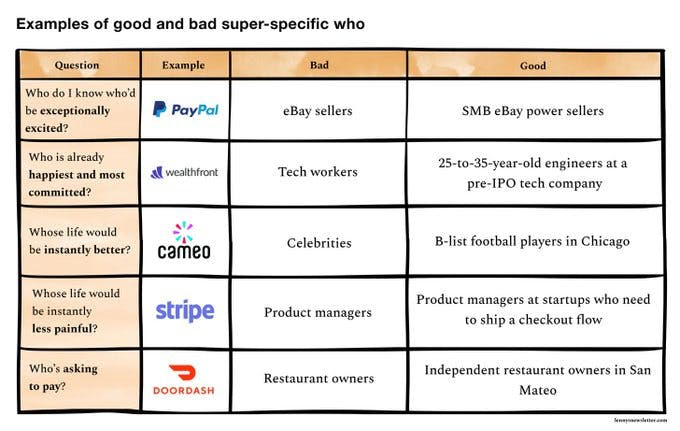 A final point - in using highly successful startups as his example, he is also building credibility in his idea. 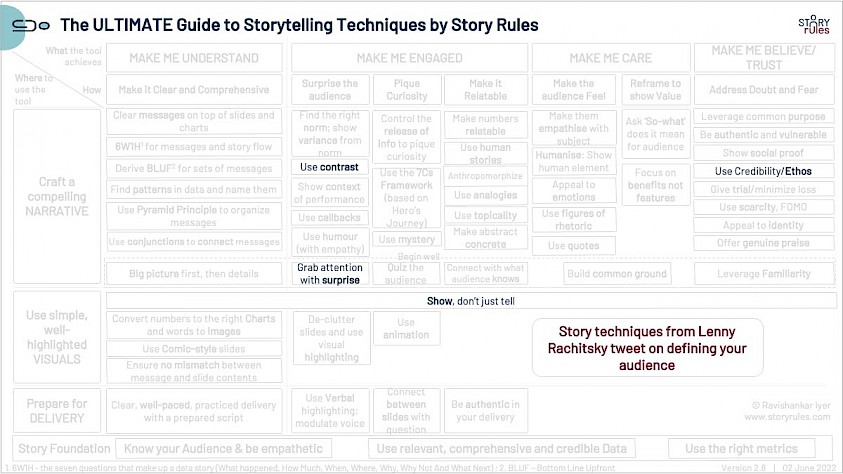