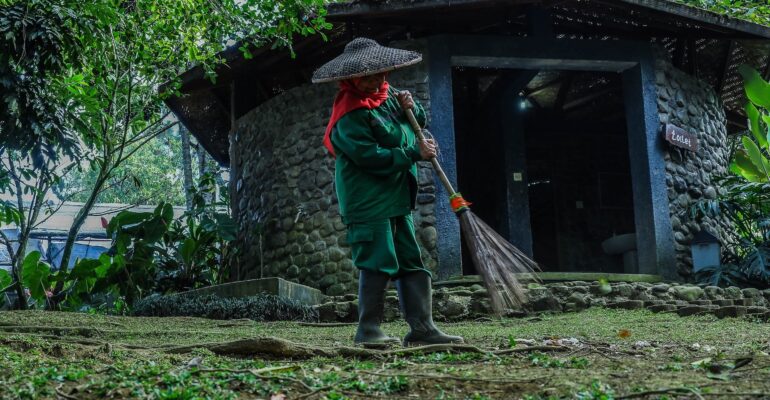 Today being the first Saturday of the month, it is time for my content recommendations – a book, a podcast, articles and videos.

a. ‘The Psychology of Money’ by Morgan Housel​

Once in a while, you come across a book, that makes you think – damn, I wish I had read it when I was younger. A book that you’d like to gift to everyone you know. A book that takes a universal topic (money) and uncovers counter-intuitive wisdom, using data and some carefully curated stories. And a book, which makes for a fascinating read.

This is that book.

(This book was a gift to my dad from my brother, Guru, who works in Investment Banking in Auckland. Guru reads a lot of good stuff in the world of finance, and so has a high bar for quality… It shows in this book)

The book’s author, Morgan Housel is a clear thinker and a fabulous storyteller. He gets his writing chops from his experience as a finance/economics columnist (for the Motley Fool and the Wall Street Journal). But he’s also got massive investing street-cred – since 2016, he’s a Partner at Collaborative Fund – a firm which invests in startups. He’s got skin in the game.

At 20 short chapters and about 238 pages, the book is a relatively short-read – more like several long blog posts strung together in a clear narrative. But it has insights which you can ponder over for a lifetime.

And some fascinating stories. For instance:

– The story of the rural janitor and gas-station attendant, who died at age 92, leaving behind a fortune worth $8M (most of it to charity). His wealth secret? Regular investment in blue-chip stocks, and the insane magic of compounding.

– The counter-story of the Harvard-educated, Merrill Lynch executive with an MBA, who made a ton of money… but then had to file for bankruptcy after a series of rash financial decisions.

– A story of luck: of how Bill Gates was incredibly lucky to be in the right school (Lakeside in Seattle) at the right time. (He told his school’s graduating class in 2005, “If there had been no Lakeside, there would have been no Microsoft”)

– The counter-story of risk: of a close friend of Bill Gates’ from school – who would have been one of the founders of Microsoft, and a household name today, if not for a tragic accident…

Buy this book. Read it. And then gift it to people you know, who would benefit from it. They’ll thank you.

b. ‘Made in America’ by Sam Walton​

I picked this book as preparation for a training session​ for a client, and found it an inspiring read. It’s filled with interesting anecdotes that chronicle the ‘Great American Retail Expansion’.

That phenomenon requires some explanation, which I’m going to attempt (this is my amateur take btw, not mentioned in the book!).

The American economy accounts for around 24% of nominal global GDP. That means one in four dollars (nominal) is spent in the US.

Almost two-thirds of that GDP comes from the American consumer – which makes them the most powerful consuming force in human history. And this is a number which has been rising – consumer spend as a share of the US economy has steadily risen from about 60% of its GDP in the 1960s to about 70% now.

There’s one company which has benefited the most from – and driven the bulk of – this historically unprecedented expansion: Walmart.

In ‘Made in America’, it’s intrepid founder Sam Walton gives a ringside view of his journey, as he went on to build the world’s largest company by revenue.

These are some of the facts which I found fascinating in this book:

– Humble small-town origins: The US – despite being a big country – has highly concentrated pockets of economic activity. I assumed that Walmart would have started in one of the big cities – New York, Chicago, Dallas or LA; or atleast the coastal states where most of the economic activity is present. Not only did it start in one of the states with the smallest economies (Arkansas)… even within it, it started in a really small town (Bentonville). In its initial years, Walmart would be opening its stores in towns with population sizes as low as 5,000-6,000 people! That’s like a big housing complex in an Indian metropolis!

“So any town with a population over 10,000 was off-limits to the Waltons. If you know anything at all about the initial small-town strategy that got Wal-Mart going almost two decades later, you can see that this pretty much set the course for what was to come.”

Think of it like this: Imagine a retailer in India starts in a suburb of a small town in say, Orissa. And then goes on to become a global retail leader.

That is the Walmart Story.

– Encouraging higher consumption: We mentioned the US consumer story – here’s how Walmart drove that consumption:

“Here’s the simple lesson we learned—which others were learning at the same time and which eventually changed the way retailers sell and customers buy all across America: say I bought an item for 80 cents. I found that by pricing it at $1.00 I could sell three times more of it than by pricing it at $1.20. I might make only half the profit per item, but because I was selling three times as many, the overall profit was much greater.”

If you find supermarkets today are laying out merchandise to make you buy more, some of those techniques were probably born in a Walmart store somewhere!

– Focused on competition: Walton was shameless about copying best practices from competition. He would walk around competitor stores and make voice notes to himself. Here’s a fascinating anecdote:

“(We spent) as much time as we could checking out the competition. It’s something I did from the beginning, and it’s something I insisted all our managers do. My assistants, John Jacobs and Larry English, would go over there and walk through their store trying to memorize prices. Then they would come out and write them all down. But there was a great big open trash bin out behind that store, and at night, after both stores were closed, John and Larry would go over to Gibson’s and get down in their trash and check as many prices as they could find.”

How far would you go to check out your competition? Would you empty their trash bins and check their prices? 🙂

– Incredibly driven and cost-focused: I loved this anecdote which shows his insane commitment levels to the lowest costs:

This is a colleague talking about Sam: “From the very beginning, Sam was always trying to instill in us that you just didn’t go to New York and roll with the flow. We always walked everywhere. We never took cabs. And Sam had an equation for the trips: our expenses should never exceed 1% of our purchases, so we would all crowd in these little hotel rooms somewhere down around Madison Square Garden.

We never finished up until about twelve-thirty at night, and we’d all go out for a beer except Mr. Walton. He’d say, ‘I’ll meet you for breakfast at six o’clock.’ And we’d say, ‘Mr. Walton, there’s no reason to meet that early. We can’t even get into the buildings that early.’ And he’d just say, ‘We’ll find something to do.’ “The next morning he would talk some janitor or somebody into letting us in the building, and we’d be sitting there outside the showroom when those folks started coming in to work. Like I said, I think he was trying to make a point: just because we’re in New York doesn’t mean we have to start doing things their way.”

If you are an entrepreneur, especially in the retail space, this book is a must-read.

​a. ‘Revisionist History’ by Malcolm Gladwell​

Guess what can make that writer feel even worse?

Gladwell could have had a separate flourishing career as a voice artist. When he applies his deep voice with the right modulation and magical pauses to his gripping writing… it’s audio-storytelling nirvana.

In Revisionist History, Gladwell looks at historical events from a new perspective and then connects them to universal topical themes.

In this episode, he interviews a young political activist named Adam Cronkright, who believes that our current system of democratic elections is broken. His solution? A lottery system!

What’s the issue with the current system? So, for candidates to impress voters, they need to be good communicators. This discourages the “doers” from applying. (Essentially Cronkright isn’t a fan of storytelling as a skill, especially when it is used by the ‘smart-talkers’ to convince others – despite not having real credentials!).

Cronkright uses a case study of a school in Bolivia, where the lottery system was used, and worked. Far better than the regular election system.

Listen to the podcast to hear this fascinating story!

a. ‘Learn to Solicit Feedback … from your kids‘ by Scott Edinger

We play with our kids, get them to eat, study, restrict screen time, scold them, plead, cajole and even threaten them.

But do we ever ask them for feedback?

That’s right. Like in a corporate job – do we ever ask our kids to give us an “appraisal”?

Before you go all eye-rolling or guffawing on me, do read this simple, thought-provoking piece. With vivid examples, the author provides a structured framework that you can use to get honest feedback from your children on how you are doing as a parent.

I’m going to try it on my eight-year-old at an appropriate time. Wish me luck.

b. Anti-Portfolio by Bessemer Venture Partners

I absolutely LOVED this web-page by BVP (a leading Silicon Valley based VC fund). In their ‘anti-portfolio’, they honour their epic misses – the ones that they should have invested in, but passed.

What’s more, for each company, they also give a short, pithy story about how they goofed up.

For instance, here’s how they missed investing in … Google!

David Cowan’s college friend rented her garage to Sergey and Larry for their first year. In 1999 and 2000 she tried to introduce Cowan to “these two really smart Stanford students writing a search engine”. Students? A new search engine? In the most important moment ever for Bessemer’s anti-portfolio, Cowan asked her, “How can I get out of this house without going anywhere near your garage?”.

Ol’ favourites Foil, Arms and Hog here again. I LOVE this recent one about using a ‘Team-building Day’ at an office.

You’ll be chuckling throughout.

Photo by Rinaldi Akbar on Unsplash