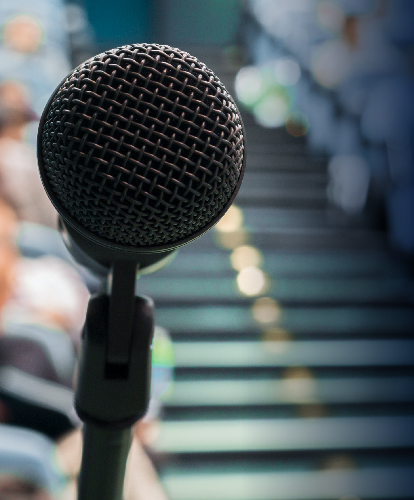 “Inside each of us is a natural-born storyteller, waiting to be released.”

A CA-MBA-Consultant who went rogue...

Hi, I’m Ravi. I stumbled into the vast and fascinating world of storytelling techniques over the course of my career that spanned finance, consulting, the social sector and … a startup that tried to make history interesting for tourists (don’t ask).

Many moons back, I worked for a management consulting firm, where my super-boss was a genial, smiling leader called Gopal (we used to call him Gops).

One of Gops’ standout traits was his superb articulation. He just knew what to say and how to say it. When he spoke, the audience nodded in agreement… and we were struck in awe.

At that time, I had a belief… a story in my head. That there are two kinds of people in the world. The Storytellers, like Gops, who can magically conjure the right expressions for their thoughts.

And the ‘Non-Storytellers’ - the rest of us, who might be equally good at our work, but would not be able to tell a great story of that work. 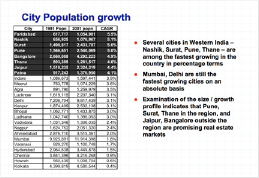 (Incidentally here’s the screenshot of a presentation slide that I made in my first year of consulting. Clearly, I was not a ‘storyteller’ then)

Over the years, however, my belief changed. As I honed my storytelling skills, I realized. “Hang on, this is not something that you are born with. This is a set of proven, repeatable techniques that you can actually use - to significantly enhance your work impact!”

... and now I help you discover your inner storyteller

Sure, not every storytelling technique will work all the time. And sure, you will end up using the wrong technique in some places.

But that’s how you will learn. And as you learn, you will appreciate the immense power of this wondrous skill called Storytelling.

And so that original belief of mine - that there are two kinds of people - has now changed.

Now I believe that you don’t have to ‘become’ a storyteller. There is a storyteller hidden inside you. All you have to do is to give that storyteller full expression.

My mission in life is to help you discover and hone your inner storyteller.

Story Rules is my vehicle to fulfil that mission.

Here’s a more detailed story of my journey 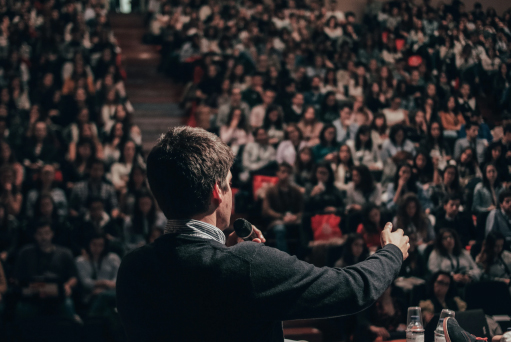 “Ravi is a master of storytelling. Lots of people have the ability to take your idea and create a great story. Very few people can take an already great story and make it ‘wow’.”

Story Rules is my initiative to help you derive better work outcomes through the application of the right storytelling techniques.

How can you learn these techniques and enhance your stories?

I’m glad you asked - there are a lot of ways you can do that. But first I need to get to know you better.

Hop over to the Services section to know more.

When I started Story Rules in 2016-17, all I did was pick a name and design a simple logo. For the original logo, in fact, I didn't even bother speaking to a designer. I just created it on PowerPoint using the thick 'Impact' font. :|

And it worked fine... Until it didn't!

My logo was simple but dull. And my slides, website and other visual assets did not exactly speak a common visual language.

Which was fine, if I was just going to be doing B2B training. But with upcoming B2C initiatives like a public e-Course, a podcast and an online video series, I wanted all my content and visual assets to speak the same brand language.

And so, I embarked on a brand-redesign exercise. Here I’ve written the story of how this brand logo came about.

For the revamp, I was lucky to be directed to the right people for the job - Madhumita Srivastava and Amrita Dasgupta.

Madhumita and Amrita are beautiful souls. Their hearts beat for design and art, and they are a fountainhead of creativity. They immersed themselves into this project and came up with a range of interesting logos, each telling a different story.

But here's the one that I loved the most:

Here's how this logo tells the 'differentiation story' of Story Rules so well:

1. The 'person' in the middle is the 'Sutradhar' - who indicates that underlying all data and numbers is the human element - that connects the disparate threads and weaves them into a coherent story

2. While the 'O' forms the head of the person and signifies the 'left-brain' approach, the 'u' below is stylised to show the hand on the 'heart' - signifying the holistic approach of head and heart. (Interestingly I do a small ritual at the end of my workshops where I get participants to take a pledge with their hand on their hearts!)

3. The balance is also showcased by the word 'STORY' being written in caps, while the word 'rules' is in lowercase - a balance between structure and free-flowing creativity

4. For the 'Customised solution' aspect, there's a cool element embedded in the logo. The 'u' and 'l' of 'rules' have been stylised to form a paperclip! Now, paperclips are known in the design world for their flexibility and customisability.

5. Finally, the 'rising' columns between the 'u' and the 'l' indicate growth and progress.