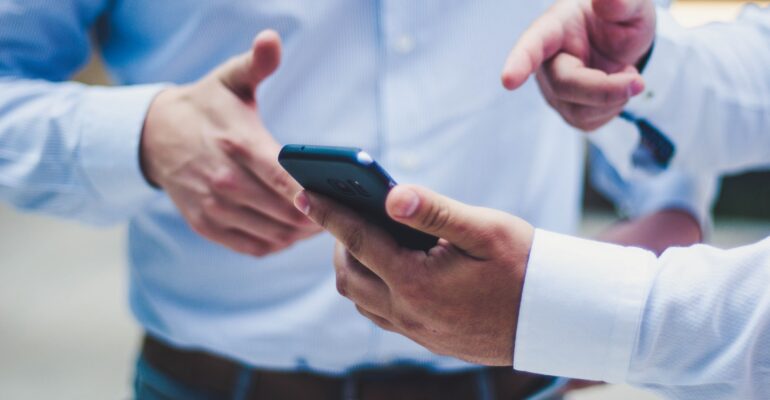 This week I’m profiling a short but impactful book on the power of coaching.

​a. ‘The Coaching Habit’ by Michael Bungay Stanier​

We love it when someone comes to us with a problem and asks us for our opinion. Heck, even if they don’t come with a problem, our uber-helpful mind is itching to convert the conversation into an unsolicited advice-giving session.

Here’s how Michael Bungay Stanier, the author of The Coaching Habit, puts it:

We’ve all got a deeply ingrained habit of slipping into the advice-giver/expert/answer-it/solve-it/fix-it mode. Even though we don’t really know what the issue is, or what’s going on for the person, we’re quite sure we’ve got the answer she needs.

But that does not help. At least with adults, who learn and change best when they figure out the solution by themselves. Which is the whole mantra of the ‘coaching approach’ to teaching something… (It is something I personally struggle with by the way).

Now, there are several other books on coaching. Some of the well-known ones include the bestselling ‘Trillion Dollar Coach‘ (on Silicon Valley legend, Bill Campbell) and Paddy Upton’s ‘Barefoot Coach‘.

But while these are essentially stories of these coaches, with a ton of coaching advice blended in, they aren’t written as a coaching manual per se.

‘The Coaching Habit’ is.

I came to know about this book from Gwyn Wansbrough’s excellent Twitter feed and newsletter. (Side note: Gwyn runs a course called Breakthrough Facilitation, which I attended earlier this year. It has significantly changed my approach to training and facilitation!).

As soon as I started reading the book, I realised – OMG, this is one of those rare books which are simple yet deeply insightful and practical.

For instance, Michael is clear that he does not want coaching to be seen as a high-stakes, scheduled half-yearly event:

How do you do that? Michael makes it really simple and distils it to just seven key questions that you need to understand and use as a coach:

Coaching is simple. In fact, this book’s Seven Essential Questions give you most of what you need.

What are the seven questions? Well I don’t want to reveal them to you – it’s fun to discover the questions for yourself.

But let’s take an example of one of the most powerful questions: the AWE question or ‘And What Else?”

When someone’s nudging a new idea to the fore, exploring new boundaries of courage and possibility, hold the space and deepen the potential by asking, “And what else might be possible?”

…as you ask, “And what else?” the goal isn’t to generate a bazillion options. It’s to see what ideas that person already has (while effectively stopping you from leaping in with your own ideas). If you get three to five answers, then you’ve made great progress indeed.

Here’s another example of a simple, practical tip: Avoid the ‘Why’ question.

Yes, there’s a place for asking “Why?” in organizational life. And no, it’s not while you’re in a focused conversation with the people you’re managing. Here are two good reasons: You put them on the defensive. Get the tone even slightly wrong and suddenly your “Why… ?” come across as “What the hell were you thinking?” It’s only downhill from there. You’re trying to solve the problem. You ask why because you want more detail. You want more detail because you want to fix the problem. And suddenly you’re back in the vicious circles of overdependence and overwhelm.

This was surprising for me, because we are always taught to deep-dive into the root cause – the 5 Whys, as it were.

Instead, Michael suggests a different approach:

When I’m tempted to ask them why…

INSTEAD OF… Beginning the question with “Why… ”

I WILL… Reframe the question so it starts with “What.”

Holding back the temptation to give advice (especially when someone is asking for it) is one of the most difficult skills to build in life. This book is a great manual in how to do so.

​a. Technocracy and the Space Age by Jason Crawford​

The wonders of space travel and discovery (e.g. the James Webb telescope) are one of humankind’s greatest achievements… with NASA being a shining example of the power of sustained innovation and impact.

Or is it really? According to this short post, the reality is a bit more complicated.

In the piece, thinker Jason Crawford shares a critique of how NASA lost its way, especially after the hubris of the 1960s and 70s.

Jason quotes an author called Walter McDougall who wrote the Pulitzer Prize winning ‘The Heavens and the Earth: A Political History of the Space Age‘. McDougall chronicles some of the promises of the heady late 20th century.

In the years following Sputnik I, experts assured congressional committees that by the year 2000 the United States and the Soviet Union would have lunar colonies and laser-armed spaceships in orbit…

In the late 1960s, NASA promoters imagined reusable spacecraft ascending and descending like angels on Jacob’s ladder, permanent space stations, and human missions to Mars—all within a decade.

In the 1970s, visionaries looked forward to using the Space Shuttle to launch into orbit huge solar panels that would beam unlimited, nonpolluting energy to earth, hydroponic farming in space to feed the earth’s exploding population, and systems to control terrestrial weather for civilian or military purposes.

Needless to add, none of that happened. McDougall opined that NASA lost its way due to multiple issues – including a reduction in its budget and intense political meddling.

Forty years into the Space Age one fact remains painfully clear: the biggest reason why so few promises have been fulfilled is that we are still blasting people and things into orbit with updated versions of 1940s German technology. … The way to restart the Space Age is to discover some new principle that makes spaceflight genuinely cheap, safe, and routine. Under present circumstances, that breakthrough is more likely to be made by some twenty four-year-old visionary working in a garage in Los Angeles than by the engineers, laboring under political constraints in the laboratories of NASA or Rockwell.

To this, Jason adds, with a dramatic flourish:

SpaceX was founded five years after this was written.

a. Burning Questions about the Future of Media: on the Plain English podcast with Derek Thompson

I’m a fan of Derek Thompson’s clear thinking and articulation of key global issues on his insightful podcast, ‘Plain English‘ (and his writings for The Atlantic).

In this episode, he interviews two media experts on the future of entertainment – from movie theaters to streaming platforms to the social media sensation that is TikTok.

Here’s how he sets up the episode’s ‘burning questions’:

I was thinking recently that this has been a really weird summer for Hollywood. The theme of the last decade has been: “Streaming is taking over the world and movie theaters are in slow-motion stagnation or decline.” And you could absolutely say that the pandemic put that narrative into hyperdrive. Movie theater tickets plummeted. Box office was obliterated for two years. Streaming was zooming forward. It just seemed so obvious that the future of film was moving away from theaters and toward your living room couch.

But then, this summer happened. Netflix hit a subscriber wall, and lots of media and entertainment executives are now looking at that subscriber wall and thinking, “Hmm, does our streaming pure play make as much sense as it did six months ago? Is the ceiling of global streaming subscribers really a billion, like we thought it was just a few months ago? Or is it a lot lower?” They’re recognizing the benefits of being an old-fashioned company that is diversified, where your fortunes are balanced among theme parks and merchandising, cable, and yes, movie theaters.

So movie theatres seem to be alive and kicking… or are they? And have we already seen ‘peak streaming’?

Fascinating questions with some thought-provoking discussion in the episode.

The reality of ever-increasing expectations!

The extract from Agassi’s book, ‘Open’:

Earth should be called Water

If you too, like me, are sick and tired of ‘gyaan-babas’ on Twitter giving you the secret of success in life, follow Chris Bakke for some much needed comic-relief!

“We live in the world our questions create”

I took some time catching up with this (classy?) ‘mass’ entertainer. These movies follow a standard template – an invincible, can-do-it-all hero. A commanding, fear-inducing villain. A TON of fight scenes. A predictably ‘happy’ ending. And oh, an absence of logical coherence.

But I actually liked several aspects of this super-stylish thriller. First up, it is fast paced, with some slick editing. There’s also a great headline cast with the OG Kamal supported by the peerless Fahadh Faasil and Vijay Sethupati (catch the latter two in the stunning Super Deluxe if you haven’t yet).

But what I enjoyed the most was Anirudh Ravichander’s pulsating music. It’s a great watch just for that bass-heavy background score.

Watch it in the original Tamil (with subtitles) preferably.

And the next time you start a major initiative at work, or heck, even a simple weekly meeting, you can begin with the now-viral invocation:

Photo by Luis Villasmil on Unsplash