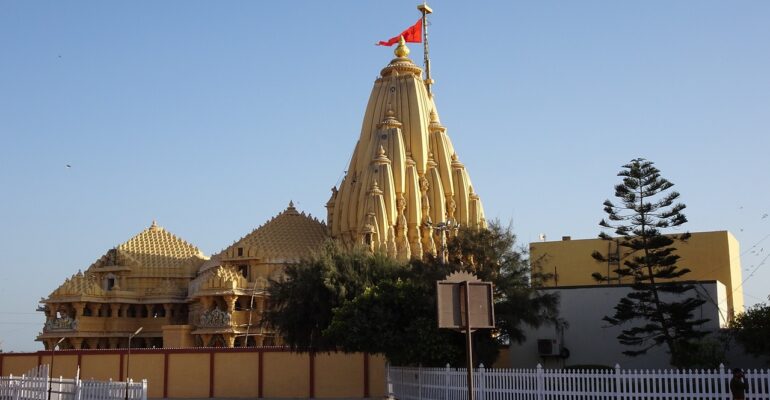 (This week’s a short one – but hopefully, enjoyable nevertheless!)

​Among the Hindu Gods trinity of Brahma (Creator), Vishnu (Preserver) and Shiva (Destroyer), devotees’ prayers are not distributed equally.

​While there are scores of temples to Vishnu and Shiva, poor ol’ Brahma has to contend with just a handful, with the most prominent one being at Pushkar, Rajasthan. Clearly something major happened at a very early stage of Hinduism such that the entire diverse community (and future generations) eschewed building temples to this member of the Trinity with a fairly critical job description.

​Why so? Predictably the answer is in the form of stories. While there are many stories as to why Brahma is not worshipped, my favourite one is about the Jyotirlinga.

​Vishnu assumed the form of a boar (Varaha-avatar experience) and dug into the earth to find the bottom of the Jyotirlinga; while Brahma took the form of a swan and flew up to find where it culminated.

​When they both assembled back at the starting place, Vishnu admitted defeat – saying that he could not find the bottom. But (for reasons unknown) Brahma lied that he actually reached the end. (Naughty!)

​Shiva (who is a super-cool dude, but sometimes has anger issues) did not take kindly to Brahma’s lie. You know what’s coming next – a curse.

​So Shiva cursed Brahma that despite being the Creator of the universe, he would not be worshipped anywhere.

​Fun story, but what’s the data-storytelling connection you may ask.

​A good data storyteller should become the boar. And the swan

A data story is usually about some key business metric. Say, attrition.

​When telling the story of that metric, you need to investigate two elements – the cause (Why) and the effect (So-what).

​Think of the Jyotirlinga as a cause-effect continuum.

​To find the root cause, keep digging deeper by asking the ‘Whys’. Become the boar.

​To find the effects (and further course of action), keep flying higher by asking the ‘So-whats’. Look for correlation – what will go up (positive correlation) or down (negative) with the key metric. Become the swan.

​Don’t claim to have found the end of the Jyotirlinga though. Shiva won’t take kindly to it. 🙂

Image by Bishnu Sarangi from Pixabay