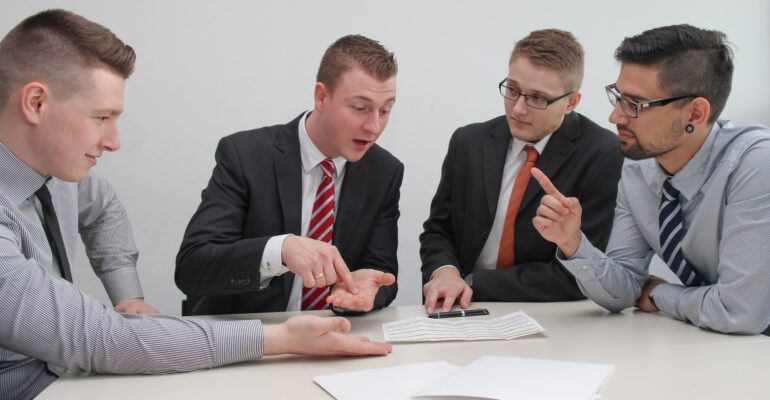 Here’s wishing all of you a Merry Christmas and a safe, memorable and fun New Year celebration ahead!

In last week’s post, I shared a foundational framework for testing the strength of your opinions.

Here’s a quick summary as a recap:

Alright, now let’s take this model out for a test drive.

Test-driving the framework with some real opinion pieces

In this ​fascinating article​ (PDF of the article for those who can’t access it behind the paywall), the former RBI Governor makes the following points:

a. The farm laws were good for the majority of the country:

“Economic reforms produce winners and losers. In the case of farm laws, losers were the relatively large farmers with a marketable surplus, who feared losing the protection of the minimum support price (MSP). On the other side, potential winners were the larger public who would have benefitted by way of a cleaner environment and lower agricultural prices as market forces gradually engineered a shift in production from cereals to cash crops. The public would have benefitted too, albeit less obviously, via the alternate use of the money saved on MSP – better schools and health facilities, for example.”

b. Despite the potential gains (and winners) being significantly more, the reforms didn’t go through because of mismatched incentives and power equation between winners and losers:

“In theory, any reform measure where the winners gain more than the losers lose should sail through. In practice things hardly ever work out that neatly. Many real world factors – interest group dynamics, biases and even misinformation – come in the way of the best policies getting through.

Consider for example the unequal incentives of winners and losers to mobilise and agitate for their cause. In the case of farm laws, farmers were a relatively small group, united by a single cause, each of them losing heavily if the reform went through. On the other side, benefits of the reform would have spread thinly across the vast public; for any single individual, the reward was small, the cost of getting organised high, and the incentive to agitate quite low. In the absence of any effort to mobilise the larger, amorphous group behind its interest, the smaller group held sway.

The play-off between winners and losers is also complicated by the time dimension. For farmers, the cost if the reform went through would be immediate which therefore galvanised them into action. For the public on the other side, benefits of reform, although cumulatively substantial, would accrue over time.”

c. In such situations, the government needs to invest significant effort in communication and consultation:

Based on the above two points, Mr. Subbarao comes to his main conclusion:

“To promote the larger public good therefore, governments need to invest effort into communication and consultation to prevent the debate getting hijacked by a narrow interest group.”

d. He then gives an example of an excellent past example where the government had invested in clear communication and consultation

“Back in the mid-1990s, in the Andhra Pradesh government, we were confronted with a serious resource crunch that called for politically painful expenditure restructuring. We had to chop many subsidies including raising the price of subsidised rice – the government’s flagship scheme.

Chandrababu Naidu, the CM at the time, agonised over it quite a while and then, instead of deciding on the issue right away, suggested that we put out a white paper explaining the financial situation and the difficult choices the government had to make.

Frankly, I thought this was all a waste of time since common people will not understand public finances, and in any case, they will not support a measure that would directly hurt them. How wrong I was! Naidu, politically savvy as he had always been, organised extensive dissemination of the white paper both through the government machinery and his party structure.

In several focus group meetings, I heard ordinary people, whose understanding I had underestimated, ask if they would get better roads or drinking water in their village from the money saved on the subsidy. After weeks of this, I can’t say there was total support for the subsidy cuts but the opposition to them was substantially attenuated.”

Excellent. Now let’s try and apply the Deductive Reasoning template to this article. What is Dr. Subbarao trying to say?

He’s following an “If X, then Y (as a necessary condition)” template:

Major Premise: “If there is a reform measure that is overall beneficial, but can get hijacked by a small but well-organised interest group, then the reformers must invest time and effort in communication and consultation with all parties” (Basically they must tell a good story of the reform, as a necessary, though not sufficient condition)

Minor Premise: “The farm laws were a reform measure that met the above conditions”

How does it help us to formulate his this thesis in this format? Well, now we can stress-test the Major Premise. All we have to do… is to look at all similar reform measures undertaken in all countries across all of time… and see if it meets the Major Premise’s conditions. If we come across several (ok a majority of) instances where the reforms sailed through without proper communication and consultation, we can refute Mr. Subbarao’s claim. Easy peasy.

Sure, we cannot do a true MECE study of all such reform measures ever. But attempting to do some version of that in the Indian context would be a useful exercise, right?

Our original ideas might be right, but by doing this research, we will be in a much more surer position to make that claim.

I’m a fan of Swaminomics and have had the privilege of interviewing Mr. Aiyar on my podcast. Here’s the article where he refutes the argument made by Mr. Piketty (and other economists) calling for a global wealth tax in their World Inequality Report 2022.

In this case, Mr. Aiyar is not really stating a conclusion – he is refuting someone else’s conclusion, which goes somehow like this:

Conclusion: We must levy a wealth tax (or additional income tax) on the super-rich to combat high and growing inequality

What would be the Major and Minor Premise for the above? Again, this is not given in the article, but here’s my take:

Major Premise: If there is high and growing inequality, it will lead to increasing global unrest and we must levy a wealth tax (or additional income tax) on the super-rich to tackle it

Minor Premise: The world is seeing high and growing inequality

Conclusion: We must levy a wealth tax (or additional income tax) on the super-rich

In his article, Mr. Aiyar systematically looks for contradictory evidence for each element of the Major Premise. He breaks the statement into three parts:

He refutes each part of the Premise separately starting with the first one: Is there really high and growing inequality?

He makes several points to challenge that argument…:

“…the US Census Bureau estimates that between 1967 and 2017, income equality in the US spiked up by 21.4%. But these figures failed to adjust for huge government transfers to the masses or taxes paid by the rich. Make those adjustments and the rise in inequality becomes just 2.3%. No apocalypse here.”

…culminating in a key insight:

“Inequality between individuals may have increased but inequality between nations has fallen for the first time since the industrial revolution with developing countries (including China and India) catching up.”

He then takes on the second part: Is it leading to global unrest? He responds with two rebuttals:

“The authors have long shouted themselves hoarse, warning of apocalypse if inequality keeps rising. But far from turning revolutionary, voters in highly unequal democracies keep electing tax-cutters such as Donald Trump, Emmanuel Macron and Narendra Modi”

If rising inequality is really terrible, most people should be unhappy. Yet the UN World Happiness Report says the global average of those very happy or rather happy was an encouraging 64% in 2019, and 63% even in the dreadful Covid year of 2020. This represented a significant fall from 77% in 2011. But high inequality co-existed with high happiness through the decade.

Finally, he tackles the third part: ‘We must levy a wealth tax (or additional income tax) on the super-rich to tackle it’ – by offering contradictory evidence:

“India has tried high taxation to end poverty and failed spectacularly. Indira Gandhi’s Garibi Hatao approach included income tax rates of 97.75% and wealth tax of 3.5%: nationalisation of banks, coal, and general insurance; and canalisation of most imports and exports through the public sector. But the poverty ratio did not fall at all between 1947 and 1980, while the population almost doubled. So, the absolute number of poor almost doubled, a terrible outcome. Inequality certainly declined but this hurt rather than helped the poor.”

“Voters are happy to vote for politicians like Joe Biden who propose higher taxes to fund better childcare, health, college education and infrastructure. But these are modest tax measures. They will not reverse rising inequality, which is fuelled above all by fiscal and monetary stimuli to accelerate economic growth.”

(Mr. Aiyar does pack in a lot of arguments in his 800-word pieces!)

Sure, you may disagree with his assertions. But now you know what to do to refute them – apply the Deductive Reasoning template and stress-test the opinions.

And guess what, you can do that for your debates at the workplace too.

Best to leave it out at home though. The spouse is always right.

Photo by Sebastian Herrmann on Unsplash

A framework to test opinions and win arguments (Part 1)

My best books and podcasts of 2021