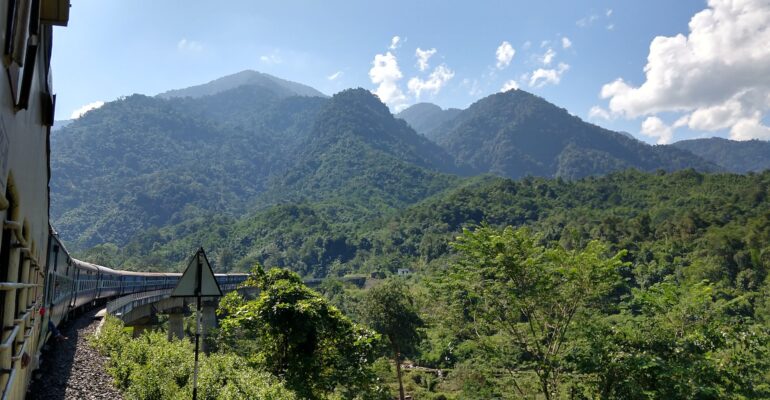 It’s time for my content recommendations for Feb-21 – a book, a podcast, articles and videos.

a. ‘The Body: A Guide for Occupants’ by Bill Bryson​

I used to abhor Chemistry in school – especially organic chemistry. In fact, it was one of the reasons why I preferred taking Commerce.

​And then many moons later, I read this passage in a book:

​“What sets the carbon atom apart is that it is shamelessly promiscuous. It is the party animalof the atomic world, latching on to many other atoms (including itself) and holding tight, forming molecular conga lines of hearty robustness.”

​I was like – Whaaaat?!! Carbon as a party animal? Molecular conga lines? Who writes about science like that? I didn’t know you could actually make science interesting!

​That passage was from the book ‘A Short History of Nearly Everything’ and the writer was Bill Bryson – probably one of the most influential (and widely read) popular-science writers ever.

​And so when I found out that Mr Bryson has written a book on the human body, it went straight to the top of my to-read list! (From there, it did take some time moving to the ‘Actually start reading’ list).

​Bryson goes for all the storytelling tricks in his repertoire. Here are a few I could spot:

Here’s a staggering fact that Bryson uncovered during his research: our lungs, smoothed out would cover about 2,800 sq. ft. and the airways within them would stretch for about 2,700 kms.

​Here’s how he makes it relatable:

“Your lungs, smoothed out, would cover a tennis court, and the airways within them would stretch from London to Moscow.”

(Or Ahmedabad to Assam!)

​Bryson is a master at the art of making big numbers relatable.

​2. Use the power of contrast to surprise the reader

Another interesting fact is that the human brain is made of 75-80% water with the rest being fat and protein.

​Here’s how he uses contrast to make this awe-inspiring fact stand out:

“For an object of pure wonder, the human brain is extraordinarily unprepossessing. It is, for one thing, 75–80 per cent water, with the rest split mostly between fat and protein. Pretty amazing that three such mundane substances can come together in a way that allows us thought and memory and vision and aesthetic appreciation and all the rest”.

​He contrasts the mundane nature of the ingredients water, fats and proteins with the outcome – the most wondrous thinking machine ever created!

​3. Think of the deeper implications

Often we state something interesting – and leave it at that. For example, take the fact that we shed a lot of skin. As Bryson says “We shed skin copiously, almost carelessly: some twenty-five thousand flakes a minute, over a million pieces every hour”

​But Bryson doesn’t stop there. He thinks about it. Ponders, broods. And then follows up with this poetic line:

“Run a finger along a dusty shelf and you are in large part clearing a path through fragments of your former self. Silently and remorselessly we turn to dust.”

How do you experience the taste of what you are eating? You might say – through your taste buds.

​They are important, but not the only actors. The nose, eyes, and most importantly, the brain – all play critical roles in processing taste.

​Here’s how Bryson describes it:

“ (Imagine you are eating a warm, fresh chocolate brownie)… What we appreciate when we eat is flavour, which is taste plus smell. Smell is said to account for at least 70% of flavour and maybe even as much as 90%. When you eat, most of the aroma reaches you not through your nostrils but by the back staircase of your nasal passage, what is known as the retronasal route – as opposed to the orthonasal route up your nose. Your brownie is sheet music. It is your brain that makes it a symphony. As with so much else, you experience the world that your brain allows you to experience.”

​I LOVED the sheet music analogy – and how a piece of paper with funny symbols can be transformed into mellifluous sounds by the musician, just like the brain ‘processes’ all inputs (smell, sight and taste) and gives us that nice overall feeling of happiness!

During my consulting days, I studied the Indian Healthcare Delivery sector, and had a pretty detailed understanding of hospital economics, including stats about key surgical procedures.

​For instance, I would know the number of angioplasties (‘plasties’ or ‘PTCAs’ we used to call them) being performed by leading hospitals off the top of my head.

​And yet, I had no idea about how this fascinating technique was invented.

​Trust Bryson to dig out the scarcely believable story:

“In 1929, Forssmann was a young, newly qualified doctor working in a hospital near Berlin when he became curious to know if it would be possible to gain direct access to the heart by means of a catheter. Without any idea what the consequences would be, he fed a catheter into an artery in his arm and cautiously pushed it up towards his shoulder and on into his chest until it reached his heart, which, he was gratified to discover, didn’t go into arrest when a foreign object invaded it.

Then, realizing he needed proof of what he had done, Forssmann walked to the hospital’s radiology department, on another floor of the building, and had himself X-rayed to show the shadowy and startling image of the catheter in situ in his heart. Forssmann’s procedure would eventually revolutionize heart surgery…”

​It took 5 minutes for me to pick up my jaw from the floor.

​‘The Body’ is a book that everybody should read – from teenagers to senior citizens. You will learn many amazing facts about the uniquely designed, complex and sophisticated shells we inhabit all our life…

​And as a bonus, you also get to absorb some cool storytelling techniques!

a. How I Built This with Guy Raz: Interview with Tim Ferriss​

Guy Raz is one of the Masters of the podcasting world, having launched several successful shows like ‘TED Radio Hour’, ‘How I Built This’ and (my son’s favourite) ‘Wow in the World’.

​In this conversation with bestselling author, podcaster and human guinea pig, Tim Ferriss, Raz does a fabulous job of interviewing the maverick entrepreneur.

​Raz has the knack of ‘sniffing’ a potential surprising story, and so knows where to move ahead vs. where to dig deeper.

a. Here comes the sun do-do-do-do by Guru Sundaram​

Guru (who happens to be my younger brother!) loves to pick up complex topics, research them and narrate a long-form story.

​I loved this detailed piece he wrote about the (not-so)-bright aspects of renewable energy, especially solar.

​Guru draws on the work of Vaclav Smil (a Canada-based international expert, who’s a favourite with Bill Gates), and masterfully unpacks the world of renewable energy, slaying some common myths along the way.

​For instance, did you know that Germany, for all its investment in solar energy, ended up with far higher bills for its consumers, without any meaningful (extra) reduction in CO2 levels…

​Why is that so? And what does ‘energy density’ have to do with anything?

​Read on to find out.

​b. ‘Overseas specialist Hanuma Vihari is about the steel and the purpose, not numbers alone’ by Shashank Kishore (CricInfo)​

​But it’s a moving, inspiring story – of years of struggle, of a cheering single mom, and hopefully of redemption…

“Two days into the Test, he was walking out to save India from a top-order collapse in overcast conditions, with the light fading.

Vihari was welcomed by a beaming James Anderson, who soon had him struggling. The brain asked Vihari move forward, but the feet just wouldn’t. He played and missed, got rapped on the pads, survived a loud leg-before appeal that should have sent him back for a duck had it been reviewed, got hit on the body to rising deliveries. He also received a mouthful from Ben Stokes. He weathered all of that to grind his way to a half-century the next day.

That night, his mother sent him a message. It said, “My life’s mission has been fulfilled.” She had once spent a portion of her savings to buy her teenaged son a bowling machine and then fed balls into it tirelessly for three hours every evening on a small plot of land near their home in Hyderabad.”

Seth is a bestselling author of several books, and also the guy behind the altMBA online course. In this short, simple post he acknowledges the FOMO we all go through when a new medium becomes popular. We get the feeling that we should be constantly tweeting, posting on Instagram, have a YouTube channel, create a podcast, and of course amidst all this, also get work done…

​It can seem overwhelming.

​Instead, Seth goads us to “Publish. Consistently. With patience. Own your assets. Don’t let a middleman be your landlord.”

‘Every Frame a Painting’ is proof that YouTube’s algorithm works.

​I chanced upon this incredible channel because of a recommendation based on my video history… and have been bingeing on some of their fabulous videos about the craft of cinema.

​This one takes a look at the use of music during movies… and makes the point that despite being the biggest franchise in the history of cinema, the Marvel movies do not have memorable music. It then delves into the reason why that is so.

​I love the use of storytelling techniques to get the point across. Very, very high-quality stuff.

Photo by Parichay Sen on Unsplash

R Ashwin – the hidden storyteller in the Indian cricket team