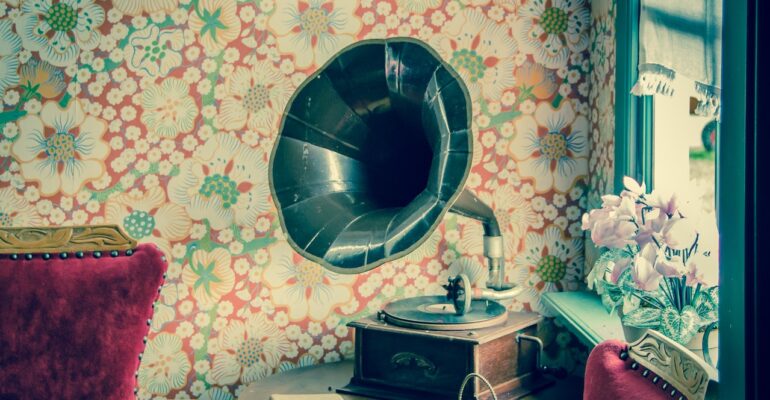 This one is a short, slightly self-indulgent one on old Hindi music. 🙂

​I grew up listening to music from the late-80s and early 90s.

​The reigning kings then were Laxmikant-Pyarelal. Saudagar, Hum, Tezaab, Ram Lakhan – they were the guys directors went to for the blockbuster, big-budget movies.

​But they were on their way out. A new crop of youngsters was vying for the crown. Anand Milind, Nadeem-Shravan, Jatin-Lalit. And then, of course, AR Rahman.

​While all of these were great, my uncle also loved old Hindi music. So I was also exposed to a steady diet of Kishore and Rafi. Mainly 60s and 70s stuff.

​Cut to many years later.

​I like listening to music when I’m working alone and one of my favourite channels was Purani Jeans (later Hindi Retro) on Gaana.com. I would just put on the channel and continue to work listening to the old classics.

​Until I no longer could.

​Large though the ‘Purani Jeans’ catalogue was, it was still finite. And after a few years, I got bored of listening to the same old 60s-70s-80s stuff.

​Then two things happened simultaneously.
​One, a friend (Ashish) shared how his wife (Poonam) thought that “there’s nothing like the 50s in Hindi film music”.

​Somehow, in parallel, I began to discover some hidden gems from that period.

​And then I realised – Gaana.com has a ton of these songs – just not in a specific playlist.

​So I began creating one for myself. I called it ‘Lilting Melodies’ and started to compile lesser-known songs – mostly from the 50s, but some also later.

Some of my favourites from this list are:
– Sham-e-gham ki kasam (probably my favourite of all)

– Baiyan na dharo​
​
The key differentiator for these songs? Strong on melody and lyrics, and super-light on ornamentation.

​And oh, what voices.

​The gorgeous mellifluousness of Talat Mahmood. The forlorn wanting of Hemant Kumar. The playful magic of Geeta Dutt. The bhakti of Rafi. The classical mastery of Lata Mangeshkar and Manna Dey. I could go on.

​You could do – by accessing my list here: https://gaana.com/playlist/ravishankariyer-gghab-liltingmelodies​

​Please add other such lovely hidden gems that you know and appreciate!.

PS: After some time I got a bit bored of listening to even these wondrous songs. So I dug deeper and hit the bedrock: Hindustani Classical (which is now my default listening choice).

Image by Rudy and Peter Skitterians from Pixabay

ACE your story by aligning with Authenticity, Empathy and the Clear, Comprehensive Facts