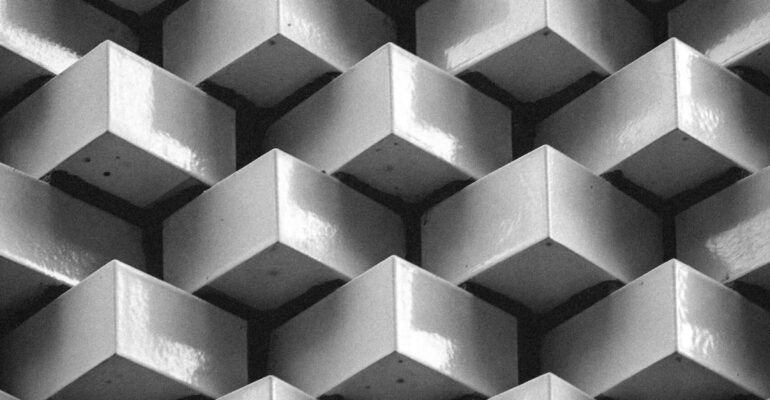 Two weeks back I wrote about how the Industrial Revolution had been propelled by a bunch of hardware (energy, materials) and software innovations (people and their skills).

​On the software side, the Japanese management principles pioneered by Toyota Motor Company formed the predominant stack that has powered efficiency and scale in the world of manufacturing (and now, fittingly, even software development)!

​But the world has moved from the Industrial to the Knowledge Era. An era which needs different hardware (computers, smartphones, the internet) and software.

​Now there are various aspects to this ‘software’ of knowledge work, but they can be divided into two groups.

One which looks at things from the individual level – how can an individual knowledge worker be more productive and fulfil his/her creative potential.

​Two, which looks at the team/group/organisation level – how can you lead teams and foster collaboration to achieve great outcomes.

​In this article, I’ll share why I think Tiago Forte’s BASB can become a key component of the software stack of individual knowledge work.

​A quick disclaimer: My approach to explaining this is not to offer a detailed tear-down of the approach – you’ll be much better served consuming Tiago’s own (vastly better expressed) posts and videos on the topic. This detailed article is a great place to start.

​The idea is also not to proclaim complete victory over my knowledge management challenges and preach to you from the top of the Knowledge Nirvana mountain. Like most others, I’m also an explorer and learner in this domain, stumbling and struggling my way uphill.

​What BASB has given me is a set of breakthrough ideas that, in some ways, have already changed my work-life and in many ways are likely to be transformational going forward.

​So, let me share my understanding of BASB through just two clutter-breaking ideas that I have assimilated so far:

1. Capture all your knowledge in one place

I’ve written before about the importance of ‘Consuming’ right, for knowledge workers – in an earlier post on the 5Cs of Thought Leadership.

​But I realised that my 5Cs were missing a crucial set of ingredients – especially between Consume and Cerebrate.

​What should you do with the information you consume before reflecting on it and creating outputs?

​Here’s where Tiago comes with two crucial steps: Capture the information and then Organise it. These two form part of his powerful ‘CODE‘ (Capture-Organise-Distil-Express) framework.

​But, before we get into what ‘Capture’ means, let’s talk about rainwater harvesting.

​For most of human history, we used to take water for granted – we didn’t really make the most of the water we got.

​Sure, there were natural channels (rivers and streams) and reservoirs (lakes); and simple manmade structures such as wells, bunds and irrigation channels.

​But for most people (my grandma included), getting water meant walking to the nearby riverbank and taking as much water as you needed for your daily needs.

​Knowledge is also like water. It falls on you like rain – as you consume it through books, articles, podcasts, videos, learning sessions etc. It is stored – in our brain (and in various filing systems in our devices). It is retrieved – as needed – for a project. And then it is expressed – in our outputs in the form of presentations, reports, emails, code etc.

​In addition, we all have access to a constant flowing river of water (which is more like an ocean really) – Google.

​So we never feel the need to really ‘store’ the knowledge that we consume (in addition to what our memory does). Just like our ancestors didn’t feel the need to capture and store their water in a large scale manner.

​But soon people realised the inconvenience, inefficiency and plain ineffectiveness in not doing that. And so, a key breakthrough for humankind was when we started managing water resources better – when we learnt to formally capture and store it through the use of dams, canals, and large artificial reservoirs and tanks. And then figure out ways to filter it, and finally transport it directly to users where they could access it anytime by just opening a tap.

​But it all started with step 1: Capture.

​Now here’s the rub – most of us do NOT have any formal knowledge capture system!

​Think of the effort you take to read books, articles, watch videos, listen to podcasts, attend online sessions, discuss with colleagues… and then what? Let it all run off to the ocean of oblivion? Or lie dusty and unused in some deep recess of your mind?

​My first lesson from BASB: Capture (almost) everything you consume.

​Here are the key steps:

​a. Identify a capture tool: Your capture tool is the ‘dam’ where all the rain water you receive is accumulated for future retrieval and processing.

​Now, a lot of people fret over tool choice – but it is a red herring.

​There is no one best tool – with different tools having different advantages. I had been using Evernote before BASB, so decided to stick with it (although, I later realised that I hardly used 5% of Evernote’s potential). Incidentally, Tiago Forte also primarily uses Evernote for his work notes.

​Having said that, many advanced practitioners like Ali Abdaal use multiple tools including Notion and Roam.

​If you are starting off, and unsure, then Evernote is a good place to start. It has a simple interface and is very user-friendly (plus it has a great free basic plan).

​The main point is – the tool is secondary… what matters is what you do with it.

​b. Create a Capture Toolkit and start capturing!

A capture toolkit is the ‘plumbing’ that you create from the content rain-water source to the Evernote reservoir.

He mentions how he uses various apps to ensure that all his consumed knowledge is captured in one place.

​This may seem like a lot, but it must have taken several years of trial and error for him to reach this position.

​And it’s not an all-or-nothing play. You can start small and slowly build your kit.

​For instance, I have properly implemented just one of the above workflows: the Kindle-Readwise-Evernote flow. (it really matters to me because the Kindle is the dominant source of knowledge acquisition for me).

​Here’s how it works.

​How does this help? Imagine wanting to write an article on the importance of ‘diversity’.

​Here’s what I get by a quick search using that term in my Evernote desktop app:

​There are 21 notes – all from different books that I have read in the past several years. With sources as, appropriately, diverse as – Yuval Harari, Rory Sutherland, David Epstein, Annie Duke and Charles Duhigg.

​On that note, there’s one very cool feature of the Evernote web clipper: Even when you do a general Google search of a keyword, it simultaneously searches your notes and displays the results on the top right corner:

​Did I mention all these Evernote features are free?! Honestly, I’m this close to becoming a paid customer – it’s a fabulous app.

​And to think, for several years, I was just using Evernote as a place to record ideas that I would get… I clearly hadn’t realised it’s full potential. (It was like driving a Ferrari only in first gear!).

​To actually use Evernote (or any other tool) as a store of (almost) all my knowledge is an idea that has been simple yet revolutionary for me.

​“I look at books as investments in a future of learning, rather than a fleeting moment of insight, soon to be forgotten” – Kevan Lee

Let’s face it – we all face information FOMO.

​In an age of knowledge super-abundance, we are constantly consuming. Books, newsletters, podcasts, tweets, emails… the list of stuff to consume is unending, while our time and attention remain stubbornly constrained.

​My approach to knowledge was that of a hoarder. I would constantly worry: ‘Let me get that book/subscribe to that podcast/favourite that tweet lest I regret missing out on it’s potentially life-altering contents’.

​In other words I was input-focused.

​The approach was: Keep consuming ‘good content’, reflect on it and something good would eventually come out.

​Tiago turned that approach on its head.

​Instead of going input-first, he goes output-first. And to do that, comes the second part of the CODE methodology: Organise.

​The key insight: Organise your knowledge NOT by category, subject, location, date… but by ACTIONABILITY.

​That insight hit me like a ton of bricks.

​Here I was, having a list of major to-dos on my plate. And here I was (same person) reading and watching stuff in general, almost without any connection with what I wanted to finally create.

​Those major things to-do, the stuff that you want to create, are the key driver of work in the knowledge world: they are called ‘Projects‘.

​The concept of the Project in knowledge work was an eye opening one for me. I mean we all know that we need to be working on a bunch of major deliverables. But to clearly demarcate them as Projects – and then crucially, to organise your knowledge around them – was a killer insight.

​For instance, when attending BASB, I was working on the Covid-19 Explainer ebook. (I know, I know, Chapter 3 is pending). Now that is an example of a ‘project’. So I created a Notebook (in Evernote, you can bunch a set of notes under a Notebook, like a folder) called ‘Covid19 Explainer ebook’ and started adding all my notes on that topic there.

​I’ve started doing that for all sorts of projects – a major post I’m working on; a corporate training program; a new course…

​Essentially, your projects provide urgency and direction to your knowledge gathering process.

​The ideas expressed in the BASB program are incredible not just because they are powerful and effective, but also because they have been explained and expressed in such a simple framework. Incidentally, Tiago mentioned that the CODE framework took him a DECADE distil and refine.

​It is likely to become the standard for individual knowledge work for several decades from now. Of course given the pace at which our world is changing, one can never make such proclamations with certainty.

​But for now, one thing I know for sure: I now have a new software stack to enhance my creativity and productivity.

Photo by Amanda Jones on Unsplash

The Co-Warriors who could have saved America