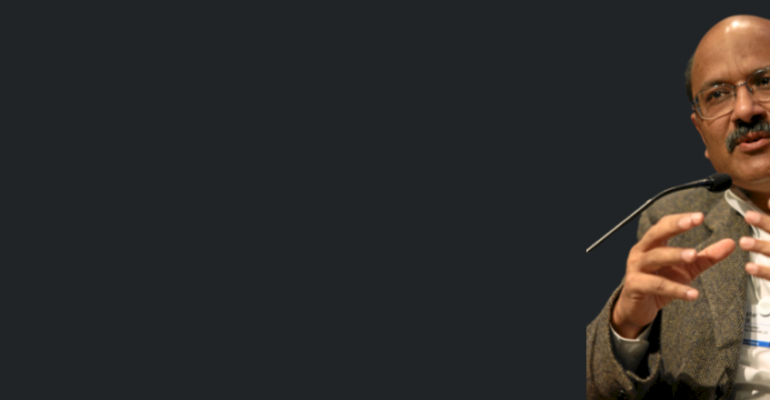 When did you start following the Indian journalist Shekhar Gupta?

Hopefully your answer isn’t – “Who Shekhar Gupta?”. If so, then let me introduce you to India’s finest news storyteller.

On the other hand, if you, like many others, have started following him through his incredibly popular ‘Cut the Clutter‘ series on YouTube, you might be thinking…

“Man, this guy has become an overnight success!”

Like most other ‘overnight successes’, however, it’s been one that’s 40+ years in the making.

Shekhar Gupta began reporting in 1977… and is rightfully one of the foremost journalists of our country today.

In this post, I decode what makes him the brilliant storyteller he is.

From writing… to tweets and to videos

I would occasionally read Shekhar Gupta’s columns in the 1990s and 2000s. But I started appreciating the real import of his work only in the early 2010s.

​
At that time I would eagerly await his weekly ‘National Interest‘ columns in The Indian Express (I still await them on The Print website now).

I also enjoyed his ‘Writings on the Wall‘ series which would cover various election campaigns and try to decipher the on-ground situation, by literally reading the ‘writings on the walls’ of the towns and villages where elections were being held.

I remember, in one of those articles where he was covering an upcoming election in Maharashtra, someone in a Mumbai slum asked him “What’s your Twitter handle?”

Shockingly, Gupta was not on Twitter then! By media industry’s standards, he started quite late, in June 2014. But he quickly made up for lost time… and now has 2.4M followers!

Even then, Gupta’s following was still limited to those who would read. Next, he parlayed his skills into the medium that works best for mass communication: video.

You might think Shekhar Gupta has been doing explanatory videos forever… but the first edition of ‘Cut the Clutter’ was launched as recently as 19-Sep-2018 – less than 3 years ago.

In these three years, the series has become a strong brand, serving a vast audience hungry for good explanatory content, with more than 1.6M subscribers and 815 episodes, with many getting several hundred-thousand views.

By the way, 815 episodes since 2018 makes it 5 episodes every week, or one episode every working day! You have to admire that kind of effort.

But more than the quantum, what appeals to me is the quality of analysis and storytelling.

Specifically, I find three key differentiators that make Shekhar Gupta so good across all his storytelling.

There’s a line I remember in a restaurant ad I came across once. It went: ‘The search for the perfect dish ends with the right ingredients”

Shekhar Gupta excels in his ability to understand what is the right data needed for a particular topic and then takes herculean efforts to get it.

As a journalist that means:

Overall, the great ingredients make for a great dish. Having said that, there’s one clear area of improvement – on the hard ‘data’ front, especially the use of statistical analysis.

In research and consulting terms, Gupta is fabulous in ‘Primary research’, but does not do enough ‘secondary research’, especially detailed analysis and number crunching of statistics.

Your data might be solid and exclusive, but it needs to be woven together in a clear narrative. Here’s how Shekhar Gupta excels in this aspect:

Having robust data and a clear narrative sets up a strong foundation for the story.

​
Finally, would like to end with a quote by Neil Gaiman on Douglas Adams:

“I think perhaps… Douglas was a futurologist, or an explainer. One day maybe we’ll realise that the most important job there is, is someone who can explain the world to itself in ways the world can’t forget”

​
Shekhar Gupta is someone who can explain India to us in ways we cannot forget.