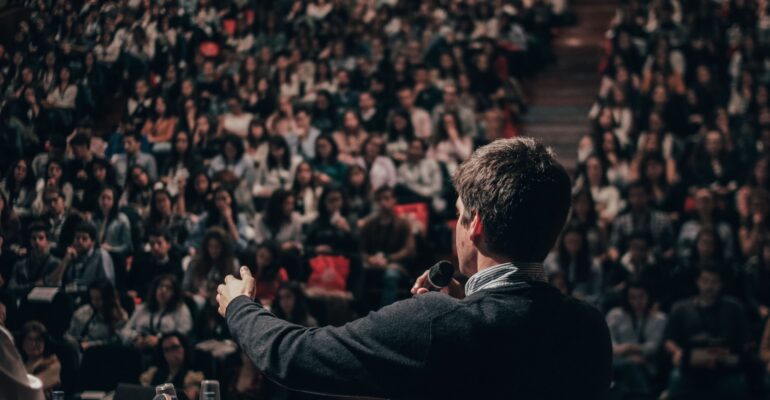 Sometime in 2014, I was trying to figure out what to do next, after my 3-year stint at B-ABLE, a skill development firm.

​I eventually ended up co-founding Captivatour with Deepthi and Sid, but before that, I was exploring multiple options. Training and education were interest areas and one company I really admired was XSEED Education – so I wanted to find out if they had something relevant.

​A batch senior of mine was with that company and I sent my CV through him for a possible role.

​An interview was fixed. The interviewer was a leader called Anustup Nayak.
​Anustup is now a good friend, well-wisher and guide (and occasional strong critic)! But it was my first meeting with him then.
​I remember it being one of the most probing, no-fluff interviews of my life.

​He wouldn’t take any CV point at face value – instead, he asked thought-provoking questions about each project and job achievement.
​One of the questions went something like – “What exactly was the difference you made in this role?” It left me scratching my head for a bit. On his probing, I remembered this story, about an instance when I’d used data to persuade the leadership group for a key decision.
​But the question that I remember most was an unusual one (which I’m paraphrasing here): “In ancient times – during the time of kings and emperors – what would your occupation have been?”

​”Oh, I’m not sure what that means… Can you elaborate?” I was a bit clueless.
​He went on, “So, if I take myself, I’d have been a ‘Storyteller’. Someone who tells stories at the village square”.
​Storyteller, huh… I honestly don’t remember what I said next to him. But that statement struck me as most unusual. And it sowed a seed in my mind.
​Life moved on after that interview. CaptivaTour happened. Then, when that didn’t take off, I started doing corporate training.

​I remember running one of my first batches – for the topic ‘Effective Data Analysis’ – for a Bangalore-based Analytics major. They liked it (although I cringe when I look at some of the content now) and came back to me: ‘Can you run a program on Data Storytelling’ (referring a book on visual storytelling that had recently been released)?

​I immediately got the book, incorporated the concepts in the workshop, and ran my first Data Storytelling workshop in May-2016. They found it useful and scheduled more – and slowly my training career picked up.

This was a time when I was juggling two roles – creating and delivering data-storytelling content for training corporates; and writing history stories for CaptivaTour. I still hadn’t committed to either then.

Then, an epiphany happened.

So, on one hand, I was creating data-storytelling training content. On the other hand, for better consistency in writing monument stories for CaptivaTour, I crafted an internal 1-pager on the ‘Principles for History-storytelling’.

​That’s when the massive penny dropped.

​I realised that – whether I was dealing with business data, or events from history (or for that matter any set of facts) – the underlying storytelling principles … Were. Exactly. The. Same.

​I now knew what I had to do. Become a life-long student of these storytelling techniques. And help people from all walks of life – business, social sector, academia – in telling their work stories better, and driving better outcomes by doing the same.

​Soon Story Rules happened – starting with the website, blog and later, an early version of this newsletter.

​Sometime around then, I called Anustup and told him – I finally got an answer to your question.
​I’d have been a storyteller.

Photo by Miguel Henriques on Unsplash