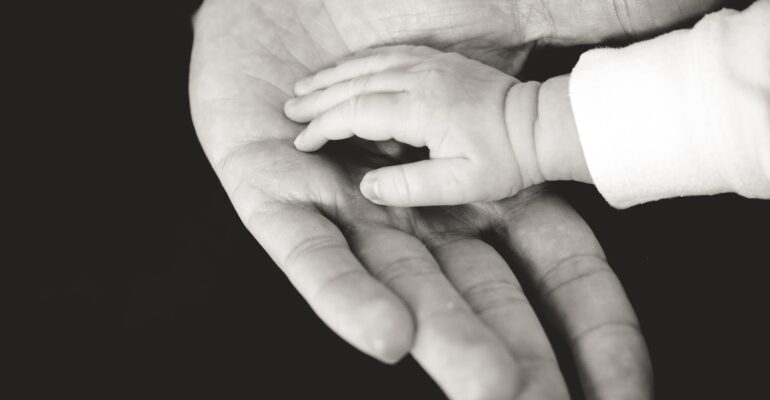 Just in case you happen to be reading this when you’ve grown-up… Here’s a confession.

I’ve been sharing some stories of yours with my extended circle of friends and well-wishers… without your explicit permission. I hope that’s ok.

Perhaps you will read these letters with a wry smile on your face… but perhaps some part of you might be thinking… “Whoa, Appa … boundaries!!”

To that privacy-seeking part, here’s my message. I understand that I’m not exactly being discreet with your stories here. But think of these as benefiting a larger audience in taking a critical life decision – a decision that could impact other Swaras in the world.

Also, think of these as benefiting your Amma and Appa too! You have provided us with beautiful memories – mostly ecstatic ones, and some… let’s say challenging ones.

These stories help us to relive those memories again and again.

With that hopefully settled, buckle up, and let’s enjoy the ride. Round two of the Swara chronicles!

​It’s been three weeks since Swara has come home. They say it takes 21 days to build a habit.

If that’s so, we are hopelessly addicted to the Swara habit.

Given that this is top of mind, I thought I’ll share some more stories from the colourful collection of memories with her.

​Here are the multiple things that we adore about Swara:

​How she wakes up with a smile:

A sleeping toddler is a heart-warming sight. But when that toddler gets up in the morning, bright and early with a shy smile on her face, she lights up your day (of course, the ‘Battle of the Brush’ awaits you…). After brushing, it’s time for milk plus biscuits, which is time for …

​Her super excited reactions to stuff:

Swara is generally a happy kid – which sometimes graduates to delight when she comes across something she really likes. For example when we present her with a dress that she likes, or a breakfast plate filled with some of her favourite items, or when she suddenly comes across Advait in the play area – she will whoop with delight. (Picture a toddler with both arms in the air, going ‘Eeee-yaaaay’!!). That magical reaction can lift up the most sagging of spirits…

On food, the behaviour continues as …

​She eats food that she likes with visible relish:

If she really likes something, she makes it a point to indicate it! Munching on a morsel of malai broccoli, she would go, ‘UmmMMmm’ in a sing-song way…

Which brings me to…

​Her liking for healthy food:

While kids may sometimes reject veggies, this one loves her greens (mostly). She especially likes dry preparations – which she can pick with her finger.

Surprisingly, she loves veggies cooked with coconut shavings – which is a very south Indian thing! (Unfortunately, to my wife’s disappointment, she doesn’t like curds!)

Perhaps all that healthy food keeps her physically active almost throughout the day. We especially adore …

​How she runs/walks in an unbearably cute way:

She has that toddler’s gait of walking with a tilt and a spring in her step – imagine a drunk Dev Anand – when she’s walking or running. It’s maddeningly cute.

It seems a minor miracle that she doesn’t fall… which is great, since we love …

​The way she comes running to us with open arms:

When she sees one of us after some time, she would come running to us with open arms, saying ‘Mumma’! Which brings me to…

​She calls everyone Mumma:

At the adoption centre, all the caretakers (who were ladies) were called Mumma. So, at home, Praveena’s ‘Mumma’, I’m ‘Mumma’, Praveena’s mom is ‘Mumma’, our cook is also ‘Mumma’.

She can say ‘Papa’ and ‘Appa’ – she just chooses not to use it for me yet!. Even our friends and random acquaintances get the ‘Mumma’ tag, which reminds me that…

​She warms up to new people really quickly:

We’ve been living in our building for about 7 years now – and evenings are usually spent taking a walk in the building podium. We’d pass a lot of people who we would politely smile at, but nothing more.

Now we’re like minor celebrities in the Society. Swara loves going out and is at her best behaviour outside the home.

She waves to everyone, says ‘Hi’, shares ‘Hi-fives’ and gives flying kisses almost on demand. The building folks adore her and probably now know us because of her. Going outside reminds me that she…

In the airplane journey, Swara removed her mask – maybe she wasn’t comfortable for some reason. But now, she has a Pavlovian response to it. She knows that wearing a mask means going out. Suddenly if the mask is fished out, she’s excited and will be ready to do whatever you tell her. (‘Yay! We’re going out!’)

The happiness is even more if it’s a car ride, because then…

​She loves to sits on her car seat (so far):

Before buying a car seat, we weren’t sure whether we should rent one instead. What if she refuses to sit on it? Thankfully for us, she has co-operated superbly so far. Sits like a dream on the car seat, silently observing the scenario outside the window. (Hope I’m not jinxing it!). She gets excited if we play something on the stereo, because…

​She loves to groove to music!

Especially anything with beats. It’s a treat to watch her reaction when we play something at home off the Bluetooth.

The music starts – she gets startled initially, and then looks at us as if to say “WHOA, how did that happen?” – and then begins to groove!

Of course, as you can imagine with a toddler, it’s not all easy-peasy. There are times when the little one can absolutely drive us nuts.

​Brushing her teeth can be a chore:

Praveena’s mom counselled us – she’s just hungry… let her have her milk and then brush it later. Good advice, but we still harbour foolish illusions… maybe today will be the day when it goes off smoothly! If it does, great.

If it doesn’t then Swara…

​Uses an unfortunate expression of disgust when it comes to stating her displeasure:

Swara doesn’t say much, but oh boy, she communicates a lot!

She still hasn’t learnt to say ‘no’ if she doesn’t want something. For that, she uses an unfortunate expression of disgust – one that mimics the puking sound (Try saying ‘Ooh-weayy’ very quickly).

The logical side of Praveena and me realises that she is just saying no – not really expressing disgust.

But try telling that to our emotions – especially when we are at the end of our tether.

When she says ‘Ooh-weayy’ for the nth time to a perfectly good dress or food item, we almost take it personally. (“Really?! This is not ‘ooh-weayy’, you are!”, we almost end responding, before realising that we are only reinforcing that expression!).

What surprises us is how she …

​Has very, very specific views on what she will wear:

We are told it’s a girl thing. For eight-and-a-half-years, guess how much we have worried about what our son will wear?

The poor kid will wear faded, ill-fitting, old clothes (as long as he has a book to read while doing so!).

Madam, on the other hand…. Phew, how can a 3-feet tyke have such clear and strong opinions on what to wear? Swara loves dresses which are frilly and flowy… Anything which is simple and ‘boy-like’ – especially for the top – is summarily rejected with a …. You guessed it right, ‘ooh-weayy’.

Over time, we have learnt to pick our battles and let this go. But what do you do when…

​Sometimes she creates a massive fuss while eating:

Normally Swara is a good eater. But it is mood and food-dependent. If she doesn’t like something, then we have to have a backup – because no amount of distraction or other tactics would help in getting the food down.

When our son was little, we realised that showing picture books worked. We wouldn’t turn the page if the bugger didn’t open his mouth for the next bite… But the girl is more guarded – and clear-minded. If she doesn’t like the food, then nothing will work… because she is…

It is quite gobsmacking to see a kiddo have such a strong ego and unwavering dedication towards her beliefs.

She wants to remove the button from her dress herself. I decide to help her undo it. She’s upset. How dare I interrupt her attempt. For the next 30 mins, the dress will not be worn. Heck, no dress will be worn. She will happily prance around the house, shirtless, Salman Khan style.

You don’t know what she’ll love and respond with an ‘Eee-yaah’! … And what will be instantly treated as provocation for World War 3.

Perhaps her mantra is – ‘It’s good to keep these buggers guessing; to keep mixing things up’. And at a moment’s notice, she can go from deliriously happy to …

She doesn’t get angry too often, but when she does, boy, does she explode. The smallest of things can make her Mt. Fuji erupt with a mix of tears, wails and anger…

The best part – she forgets her anger within an hour. It’s the two of us who nurse the emotional wounds for a longer time…

​But as I said, we are hopelessly addicted to the Swara habit.

I missed sharing this incident in the previous story.

So we are checking into the hotel at Begusarai. It’s a decent place – according to me at least. Praveena has a different perspective, but then I’ve travelled to small towns and stayed in basic hotels during my B-ABLE stint…

At the check-in counter, they ask for our IDs and we handover our Aadhar cards.

​It’s difficult to describe our reaction then.

One part of us is kicked – you really think we are young enough to be ‘unmarried couples’?

Another part is amused – ‘Hahaha, we have been married for thirteen years’, we tell him.

A third part finds it adorable. Aww, that’s so cute… different names, we get it.

A fourth part is slightly worried. Wait-a-minute – does this mean that we can’t check-in?

Thankfully, Praveena’s quick thinking skills come to the rescue (as usual). It turns out we are carrying – of all documents – our marriage certificate, for the adoption formalities.

With a flourish, she fishes out the document in front of the (doubtlessly shocked) counter guy… who sheepishly accepts the evidence and allows us access to the keys.

We move on to our room, silently wondering what we would have done if we did not have that crucial document!

The story of how we got our daughter home (PS: Mandira Bedi, we owe you one)