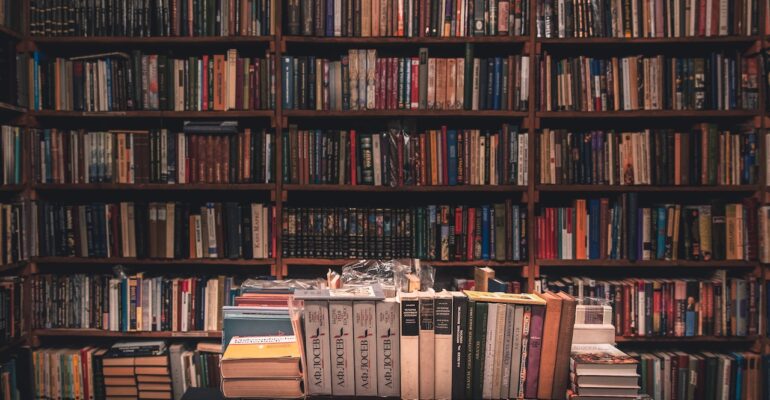 I’ve been listening to a lot of podcasts lately – the quality of conversations is truly mind-blowing in some. And to think that it is all free… (Enjoy it while it lasts – subscription-only models may be coming soon).

In this month’s edition, I review a podcast that shares some absolutely gobsmacking stories from previous disasters that have plagued humanity (literally) … and what we can learn from them.

But the first recommendation is the book of the month – a fun and insightful read.

a. ‘The Catalyst: How to Change Anyone’s Mind’ by Jonah Berger:

In Thailand, authorities wanted to reduce the rate of smoking. But the usual public service messages weren’t working. (Ahem, Mukesh, anyone?)

So they tried a different track.

Say what you will about smokers, one thing’s for sure. If you go up to one and ask them for a ‘light’, you WILL be obliged.

Not in Thailand, however.

Here’s what happened as per the book:

“… it was surprising when smokers in Thailand were stopped on the street and asked this question (‘Can you please spare me a light?‘), their responses were nowhere near as positive. “I’m not giving it to you,” said one smoker. “Cigarettes contain poison,” responded another. “They drill a hole in your throat for cancer. Aren’t you afraid of surgery?” lectured a third. Smoking makes you die faster, leads to lung cancer, and causes a variety of other ailments, they replied.

These weren’t public health workers talking. These were everyday smokers who were currently in mid-cigarette themselves. Yet they were inspired to rant about how smoking was a terrible idea. And they did so because of the person who asked.

Because the person who made the request was a child. A small boy wearing a monkey T-shirt, or a girl in pigtails. Each no more than four feet tall and barely over ten years old.

The kids pulled cigarettes from their pockets and politely asked smokers for a light. After being rejected and often chastised for their request, the kids turned to walk away. But before they did, they handed the smoker a piece of paper. A small note, folded into fourths, almost like a secret passed under the table at school. “You worry about me,” it said, “but why not about yourself?” And at the bottom was a toll-free number smokers could call to kick the habit.”

This gem of a book is FILLED with such stories – incredulous, uplifting, fascinating stories – of how to reduce resistance to change and get people to willingly do things that are in their interest:

– A short, bald hostage negotiator who convinces a hardened criminal to turn himself over to the authorities. In broad daylight, without a fight.

– A summer camp which gets Israeli and Palestinian teens to reduce their hate for (and maybe even like?) each other

The book’s author, Jonah Berger, is a Marketing Professor at Wharton, and has written best-sellers like ‘Contagious’ and ‘Invisible Influence’ in the past.

In The Catalyst, he delves into the barriers to change and clearly identifies them under 5 heads:

– Reactance: resistance to something new

– Distance: between the current and new options

– Corroborative Evidence: of whether the change will work

As you probably noticed, those 5 barriers neatly read ‘REDUCE’ when you see the first letters.

The book is a rare combination of being a fun yet insightful read. Highly recommended.

Here’s a short video by the professor describing the book.

a. Cautionary Tales by Tim Harford

During the first lockdown, I wrote a post on LinkedIn about podcasts that I was listening to. I’m so glad that I wrote that because in the comments I got two great recommendations. One of them was Cautionary Tales by Tim Harford (author of the Undercover Economist book series) recommended by Pranita Gopal. The other I’ll profile next month. 🙂

Cautionary Tales is one of the rare podcasts that I’ve heard EVERY episode of. In this podcast, Tim dives into an interesting episode from history and draws parallels (and lessons) for present-day events and challenges.

Season One of the podcast was good (though the voice-overs were a bit overdone, I thought). Season Two, however, just hits it out of the park!

It’s all about past disasters.

– The hurricane that preceded Katrina and missed New Orleans.

– The folks in the crowded hotel ballroom who did not move, despite fire warnings.

– The poignant story of the village in England which decided to isolate and sacrifice themselves rather than spread a deadly disease.

Tim’s a master storyteller and does a fabulous job of describing the past incidents and making the present-day connections. I would especially recommend the episode: ‘That Turn To Pascagoula’.

The podcast is produced by Pushkin Industries (Malcolm Gladwell’s company), so the production values are top-notch. A must-listen.

a. Ideal setup for video calls by Quantified Communication:

Quantified Communications is a group which does exactly that – quantifies communication. Using solid data research and analysis, they examine what communication approaches work (and what don’t). In this must-read piece, they share tips on how to increase your effectiveness for video calls (in other words, pretty much all of our work today).

Here’s a sample question from the survey: “What backgrounds do people prefer to see their counterparts in?” It turns out that almost no one wants to see a fake background!

Also, it has this gem:

“Finally, remember to make eye contact. In Zoom language, that means spending at least 70% of the time looking at the camera. It’s easy, on video chat, to look primarily at yourself, but even if you’re making eye contact with the other person’s image on screen, it will look to them as though you’re looking down, not at them. So, practice looking directly into the camera during video calls. If it’s difficult, try moving the video icons you’re tempted to look at as close to your camera as possible.”

b. Analysing the Stories by the Tech Titans in the Antitrust hearing:

I recently posted this on LinkedIn, and thought of sharing it here too, in case you missed it.

In the last week of July, the US Congress posed tough questions to the heads of four titans: Amazon, Facebook, Google and Apple.

An NYT piece quoted “Even having this hearing creates a sense of quasi-guilt … just because of who else has been called in like this – Big Pharma, Big Tobacco, Big Banks”.

Now, before the hearing, all four had the opportunity to tell their side of the story. They all did. But one company stood out for me among them.

Read this piece to find out why. It also has my analysis of the other statements.

c. ‘Dawg on the Wall’ by Scott Galloway: If you’ve been following the above ‘Anti-trust’ hearing story, you may have heard of Prof. Scott Galloway. A true iconoclast, Prof. Galloway tells it like it is. Deep insights delivered with biting satire, panache and the occasional rant, he is as entertaining as he’s enlightening.

This article gives his take on the Congressional Antitrust hearings. My favourite point:

“We should also stop thinking of the breakup of big tech as punishment for doing something wrong, or that they’re bad people. We break companies up to restore competition to markets, which is the gangster app for a growing economy that demands better behavior. As a result, there are more options from other players who must then … behave better“

d. India needs to build housing for its workers:

I really admire Andy Mukherjee’s writing (on Bloomberg). He has the ability to simplify complex financial concepts and events and explain them in clear, engaging prose. This piece has a great suggestion for India to improve its economic prospects.

a. Apple ‘Work from Home’ Ad

(6:55 mins) Just drop, like DROP everything you’re doing and watch this video NOW.

It’s an Apple ad with a simple premise – how Apple’s products and tools can make you super-productive at work – even if it happens to be from home.

The ad tells the story of four team-mates (‘the Underdogs’) who have to complete an impossibly tough project within a tight deadline for a ‘Devil-Wears-Prada’ type boss.

The four employees are all highly committed, from diverse backgrounds, and immensely likeable. (I especially loved the committed dad, who is always nominated to speak to the creepy ‘Mike from Finance’). You immediately start rooting for this ragtag bunch as they contort themselves (sometimes literally) to meet their crazy deadline. Pooping kids, a hairless cat and an overbearing mom add to the mix.

b. ‘Interview on Skype’ by Foil, Arms and Hog

(2:57 mins) I had recommended this Irish comedy sketch group, ‘Foil, Arms and Hog’ earlier. This hilarious one about the pitfalls of online interviews is comedy gold! It’s cute that they use Skype in this video – seems like a product from a bygone era!