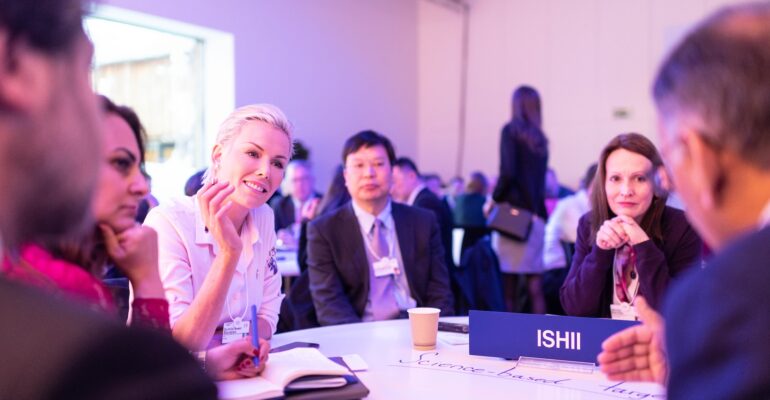 Today being the first Saturday of the month, it is time for my content recommendations – a book, a podcast, articles and videos.

How important is a product’s quality to its success? You’d say, its the most important thing! Customers would always buy a higher quality product over a lower one. Right?

Wrong. It depends on the connections that the product leverages.

Consider Apple. The Macbook in the late 80s and early 90s was clearly superior to any Windows machine. And yet it struggled. Here’s the author, Prof. Anand:

‘Imagine two companies competing head-to-head, but with radically different approaches. One focuses on creating great products, cool designs, and easy-to-use offerings. The other churns out seemingly clunky, bug-filled products and relies on rapid imitation rather than original innovation. The second approach doesn’t sound like it could win. But it can.

It’s not that Microsoft executives aimed to be quality or innovation laggards; it’s just that their priorities lay elsewhere. As early as 1994, Bill Gates summarized his strategy in the simple observation, “We look for opportunities with network externalities“.’

The Professor summarises this point with:

‘Offer a product without a network advantage and you have to spend disproportionate effort and cost improving product features. Offer a networked product and once you’re ahead you can more or less sit back and count your cash, as more users come on board even with no improvement in product features’

In other words, product quality is not everything.

If you believe so, then you have fallen into the ‘Content Trap’.

The ‘Content Trap’ is an insidious belief that makes you focus on your product rather than how the consumer uses it. This usage is dependent on a central theme that resonates through the book – connections. Connections between users (networks), connections between products (complements) and connections between functions. It’s a simple idea that has profound implications across industries.

In this fascinating book, Prof. Bharat Anand (who teaches Strategy at Harvard Business School) explores the nature of the Content Trap – and how to avoid it – across a staggering variety of sectors. While his primary focus is the media and entertainment space, he also dives into technology, publishing, retail, e-commerce, manufacturing and other areas. The book is four-years-old (published Oct-2016) – but the ideas are timeless.

​He chronicles how Apple learnt from its mistakes in the personal-computer space and applied it brilliantly in its next two blockbuster products – the iPod and the iPhone.

Hang on, you may say – the iPod was a technological marvel and so was the iPhone. It was product quality that won the game, right?!

Sure the quality was brilliant, but that’s not the reason for their insane success. Here’s Prof. Anand:
‘The iPod wasn’t the first such device on the market: RCA’s Lyra, Creative Labs’ Nomad, and Diamond Multimedia’s Rio X, among others, preceded it, and in some cases were more technologically sophisticated than the iPod. How did a product coming late to market, in an environment where a six-month head start can be crucial, overwhelm its rivals? The reason for the iPod’s early success came in large part from the availability of its software complement, iTunes.

Steve Jobs had apparently learned, painfully from the earlier Mac experience, the importance of having software for your hardware: He had spent months negotiating with the major recording studios to ensure that on the day the iPod was launched, it had a song library to ensure its value. The price was right too: 99 cents for a legal download. And the system was open: iTunes software could be installed on a PC, making the iPod compatible with the largest computer platform

Apple’s ability to produce a great product was not the only game-changer during the last decade. Its ability to manage complements was.’

Similarly, for the iPhone (and iPad), the game-changer was the App store.

The book is filled with many such examples of ‘connections’ between users, products and functions.

Towards the end of the book, Prof. Anand chronicles the journey of Harvard moving its classes online (this was pre-Covid), how they almost fell into the Content Trap, how they recovered and what lessons they learnt along the way. (I will be implementing quite a few of those learnings in my upcoming online course!).

Overall, ‘Content Trap’ is a deeply researched, insight-packed book that is a must-read for anyone involved in creating products for users.

Is it an engaging read? For the most part yes, especially given that it’s written by an academic. Don’t expect a breezy tome… But given the amount of solid research and real-world examples packed into it, it’s a highly recommended read.

a. ‘The Prof G Show’ by Prof Scott Galloway​

Alright, so it seems this edition is all about Profs… Just a coincidence!

In fact, I’ve been wanting to recommend this podcast for quite some time now. It was suggested by Lokesh Anand from Harappa Education, when I’d shared a post on my favourite podcasts during the lockdown.

Prof. Galloway is an iconoclast who has strongly held views that he articulates with clarity, panache and humour. He’s an original.

Here’s an extract from one of his writings, to give you a sense of his ‘style’ (This was from a piece he wrote just before the anti-trust hearings against Amazon, Apple, Facebook and Google):

“When the show starts, Zuck will be the target of the most ire, as he’s an oligarch minus the charm. Bezos, on the other hand, will receive the least ire, as his command of soft power is second only to China. Being on these committees must be just awesome, as every member clings to their office as if they were Puerto Rican rescue dogs clinging to lamb lung fillet. (I see this with my dog Gangster. It’s a moment that gives you pause … to see how much a living thing can love something else.)“

For me, apart from anything else, Prof. Galloway is proof that to be an expert, you don’t have to ‘leave your personality at the door’. With him, you get the whole package, warts and all. In equal parts, he’s opinionated, controversial, insightful, blasphemous…

a. ‘The Four Quadrants of Conformism‘ by Paul Graham

Paul Graham (Y-Combinator founder) is a rare-blogger who’s been writing for almost 20 years with lucidity and depth.

In this piece, Graham uses a simple model to classify humans into four quadrants – based on how conformist they are and how aggressive they are about their conformity:

​Using these simple framework he goes on to explain much of how scientific breakthroughs happened (because of the Independent-minded folks), how demagogues can rally the ‘Aggressive-Conformists’ to their side and how the space for Independent thinking in Universities (a traditional bastion for that cohort) is shrinking.

This is not an article but a tool – to reduce your screentime addiction. I heard about it in a podcast by Deepak Jayaraman (Play to Potential) featuring BJ Fogg from Stanford. The software understands your goals (e.g. reduce social media, sleep better) and shares a list of tools and suggestions to reduce screen usage.

a. Prof. Bharat Anand’s TED Talk on the ‘Content Trap’​

In case you don’t find time to read the book mentioned above, this short 10-min TED Talk is a reasonable compromise. The Prof. is a compelling speaker and does a great job summarising his vast tome into a short talk.

If you have the appetite for a longer one, here’s a talk he gave at Salesforce on the same topic.

b. Key and Peele – Negrotown​

I’m a fan of the comedy sketch duo, Key and Peele. Some of their sketches are absolutely hilarious, while some are incredibly poignant.

This one is 5-years-old, but oh-so-relevant even now. It’s remarkable how they masterfully use song, dance, props and humour to make a chillingly distressing point… (warning – for adults only).

Photo by Evangeline Shaw on Unsplash

A new logo. A new story.