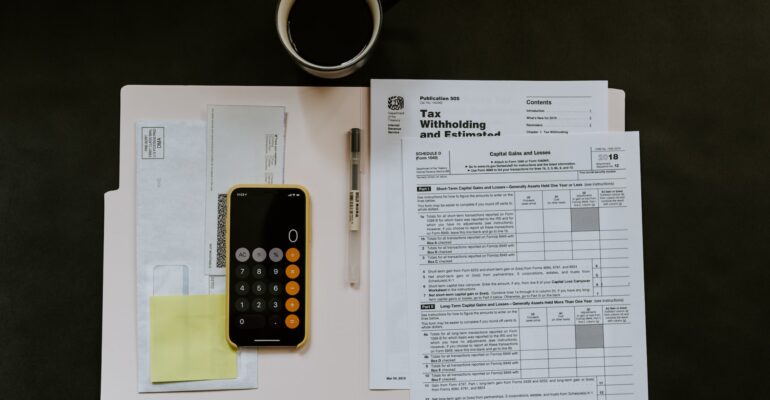 a. ‘Sapiens: The Graphic Novel (Volume 1)’ by Yuval Noah Harari​

Two things happened, coincidentally, in the previous month – which led me to a realisation.

One I re-read Sapiens (the original book) – cover to cover. And two, my wife (Praveena; linking her venture here because she’s not active on SM!) came across a ‘graphic novel’ adaptation of the book. (The graphic novel covers only a part of the original book. Further Volumes would be released later).

So, this beautiful hardcover graphic novel comes home…, and it’s stunning. Soon we are fighting over it. She wins, of course. To be fair, she had ordered it and started reading it first!

Anyway, we both read the 240-odd page book in super quick time. Can’t say that happens too often with non-fiction books. (Fair warning – it’s not child-friendly. For readers above 13 only)

So what’s the difference between the original book and the graphic novel?

It’s like Yuval took a look at ‘Sapiens’ and said: “Hm, I think I can amp up the Storytelling quotient on that a bit more.” And that’s what he’s done with the graphic novel. Taken the original (which had a fairly high Storytelling Quotient to start with – let’s call it SQ for short) and solved for MAX-SQ.

No analogy left behind, no concrete examples avoided, no present-day pop reference missed out and no opportunity for anthropomorphism let slip. Every chapter, every page, every panel oozes with Storytelling techniques.

And of course, the brilliant visualisation of the ideas along with the concept of ‘let-the-story-characters-keep-moving’ gives the story a lot of momentum and adds to the readability.

Which brings me to the realisation I had.

The reason for that is he is able to master two worlds: The messy, arcane, complex world of raw information … and the clear, rarefied, uplifting world of storytelling.

Here’s an analogy. Take gold. You need two different sets of skills to work with it.

One is mining. Knowing where the deposits are. Being able to test its purity. Having the skills, the grit and the patience to go through the mucky, deep, dark mines – to successfully extract the raw precious metal.

“The originality of an idea depends on the obscurity of sources.” — John Hegarty

But then, it’s still raw. It’s pretty much useless for an end-customer. Which is where the second set of skills comes in.

The ability to refine the gold through a smelter. To create the building blocks of insight. And most importantly, to know customer preferences and aesthetics to be able to design contemporary, beautiful, striking jewellery that folks will line up to buy. And use.

Yuval Noah Harari is an absolute master at BOTH these disciplines. He’s like a ‘Daniel Kahnemann + Malcolm Gladwell’ combination. It doesn’t get more powerful than that.

“The task is not so much to see what no one has yet seen, but to think what nobody yet has thought about that which everybody sees.”⁠— Arthur Schopenhauer

Whether the graphic novel or the original book, ‘Sapiens: A brief history of humankind‘ is one of those books everyone should read. And re-read.

In this part of the review, I usually share extracts from the book to make my case for why it is readable. For this book, I was absolutely struggling to choose from the 597-odd Kindle highlights that I had made…!

So I thought I’ll share just a few random extracts to give you a glimpse of the book’s extraordinary contents:

Who do you think would be the first written name in history? Jesus? Naah, writing was invented before he was born. Some Greek/Persian King? No, it was the Sumerians, who came before them, who invented writing. (Sumer is present-day southern Iraq).

But, if you think they invented writing to put down their deepest thoughts and emotions on to paper, you are mistaken. Here’s Yuval: “Between the years 3500 BC and 3000 BC, some unknown Sumerian geniuses invented a system for storing and processing information outside their brains, one that was custom-built to handle large amounts of mathematical data. The Sumerians thereby released their social order from the limitations of the human brain, opening the way for the appearance of cities, kingdoms and empires. The data-processing system invented by the Sumerians is called ‘writing’…”

He then adds: “The earliest messages our ancestors have left us read, for example, ‘29,086 measures barley 37 months Kushim.’” concluding with, “It is telling that the first recorded name in history belongs to an accountant, rather than a prophet, a poet or a great conqueror.” (emphasis mine)

Balancing between stats and stories:

Yuval is talking about one of the greatest victories of medical science – the drastic reduction in child mortality. He starts with the stats: “In seventeenth-century England, 150 out of every 1,000 newborns died during their first year, and a third of all children were dead before they reached fifteen. Today, only 5 out of 1,000 English babies die during their first year, and only 7 out of 1,000 die before age fifteen.“

He then realises that stats don’t make ideas relatable, and so adds: “We can better grasp the full impact of these figures by setting aside statistics and telling some stories.“

This is the ‘story’ he narrates:

“A good example is the family of King Edward I of England (1237–1307) and his wife, Queen Eleanor (1241–90). Their children enjoyed the best conditions and the most nurturing surroundings that could be provided in medieval Europe. They lived in palaces, ate as much food as they liked, had plenty of warm clothing, well-stocked fireplaces, the cleanest water available, an army of servants and the best doctors. The sources mention sixteen children that Queen Eleanor bore between 1255 and 1284:

The youngest, Edward, was the first of the boys to survive the dangerous years of childhood, and at his father’s death he ascended the English throne as King Edward II.

In other words, it took Eleanor sixteen tries to carry out the most fundamental mission of an English queen – to provide her husband with a male heir.“

Good storytelling is not about choosing between stats and anecdotal stories. It’s about using both to form a compelling narrative.

Evocative analogies (No reference to storytelling techniques by me would be complete without an analogy example!)

Here’s Yuval: “However, to understand long-term processes the bird’s-eye view is too myopic. We would do better to adopt instead the viewpoint of a cosmic spy satellite, which scans millennia rather than centuries. From such a vantage point it becomes crystal clear that history is moving relentlessly towards unity.“

And so that is Yuval’s magic. The ability to dig deep into the bowels of the planet to unearth dazzling insights – and the wondrous ability to fly high up to stratospheric levels and take a multi-millennial view – and take us on this thrilling joyride.

The best part? He’s just 45 years old – his best years are probably yet to come!

a. The Next Big Idea: ‘Chatter: Learning to Love the Voice in Your Head’​

The ‘Next Big Idea Club‘ is a venture by heavyweights from the world of social-science storytelling. Adam Grant, Malcolm Gladwell, Susan Cain and Daniel Pink back this club, which is operated by Rufus Griscom. As part of the club, they recommend one non-fiction book every month.

In the podcast, they interview the book’s author. This interview with psychologist Ethan Kross about his new book, ‘Chatter: Learning to love the voice in your head‘ is a fascinating one.

We all have that voice in our head right – often passing snarky judgement on what we are planning to do. This book is about that voice.

I especially liked the concept of “Distanced self talk” – when you use your name in third person instead of first. Apparently it gives you perspective and almost sounds like you are getting advice from a different person.
​

a. A Story about losing $10M – and the lessons therefrom by Andrew Wilkinson​

Andrew Wilkinson is a successful internet entrepreneur – but like many others he’s had his share of failures. In this viral tweet thread, he lays bare the story of how he lost $10M in one of his earlier ventures.

What I like about the story is the vivid detail – failure stories are rarely shared in such detail.

The ‘tweet thread’ medium of storytelling also lends itself to some cool use of surprise and a-ha moments. Andrew milks it for all it’s worth.

For instance, check this extract from the thread:

​Overall, it’s a good cautionary tale on what can happen if you are too blindly optimistic about your chances of success.

Counterpoint: There were a few counter-points to Andrew’s story – essentially saying that some of the lessons that he’s shared are wrong! (I remember reading these tweets, but couldn’t locate them… Do share if you come across the same)

​b. River Runner by Sam Learner​

This is not an article (but it wasn’t a video, and I had only one article, so…) – but it is MIND. BLOWING. STUFF.

This mad guy called Sam Learner (God bless him) has created one of the most fascinating visualisations I’ve seen.

He has mapped ALL the water bodies in the US… and then has mapped the path of a raindrop from ANYwhere in the US, to the ocean/lake/ultimate destination.

And then he shows that path visually – as if you are on a plane, following that raindrop on its journey.

I would KILL to see something like this for India.

​a. Daniel Kahneman and Yuval Noah Harari in conversation (1:30:37)

Earlier I had compared Yuval Noah Harari and Daniel Kahnemann (interestingly both Israelis!).

In this conversation with leading journalist Kara Swisher, they discuss decision making, the role of algorithms, fake news (and how that has been prevalent forever) and several other topics.

It’s just amazing that we are living in an age where we are getting to listen to some of the world’s leading intellectuals, for free, sitting in the comfort of our homes.

British Television has some absolutely hilarious comics – but Lee Mack is probably in the top 5.

I was introduced to him by my cousin, Prahlad V, and it was through this mad video.

This is a show in which three members of Team A (which includes Lee) try and weave a story about a mystery guest (Marie). Only one of the stories is true. The job of Team B is to guess who is telling the truth.

Watching Lee Mack deliver his (obviously made up) story is pure gold.

Photo by Kelly Sikkema on Unsplash