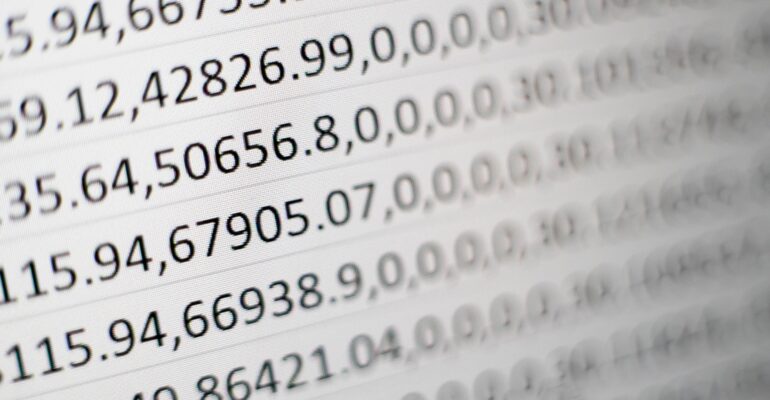 a. Making Numbers Count: The art and science of communicating numbers by Chip Heath and Karla Starr

Great news – you and your best friend have won the lottery!

The lottery organisers have only one condition though. You need to spend the money – at a rate of exactly $50,000 per day (Maalamaal, anyone?).

Can you quickly estimate how much longer will your friend’s fortune last at this rate of spending?

Sure you can give the ‘mathematical’ answer – it will last for a 1000x of your time. But I’m asking about the actual number of days.

What about your friend’s? How much time will her money last?

If that difference surprised you, welcome to the realisation – you don’t really ‘get’ numbers as well as you think you do.

And if your job depends on communicating numbers (whose doesn’t?), you need to read this book.

I’ve been reading Chip and Dan Heath’s books since the seminal ‘Made to Stick‘. Later works such as ‘The Power of Moments‘ and ‘Upstream‘ have also significantly influenced me.

But this book… I mean what do I say?

I feel that Chip (and his co-author, Karla Starr) thought, “Ok, Ravi is teaching this skill of storytelling and he deals with a lot of numbers. How about I spend several years (I’m guessing?) writing a book specifically about how to communicate numbers better? I’m fairly certain he would buy it.”

As soon as the book’s launch announcement was made, in mid-Dec last year, I was among the first to register my purchase. And when it was landed in my Kindle in mid-Jan this year, the book went straight to the top of my reading list.

And boy, is it good.

Here are some fascinating insights from this eye-opening book:

1. We don’t really get numbers

Most primitive societies did not have the need to count beyond the fingers on their hands. And so the authors start with an important insight:

Here’s a secret: nobody really understands numbers. Nobody. That’s just a fact of being human. Our brains evolved to deal with very small numbers. We can recognize 1, 2, and 3 at a glance, up to 4 or 5 if we’re lucky. You can get a sense of this from any kid’s counting book; your brain shouts “3!” when you see a picture of 3 goldfish, no counting necessary. That’s a process called subitizing, which our brains developed long before numerical systems were invented.

And despite all the math training we get, our ancestral hardware hasn’t been upgraded yet:

So it was a great advance when humans developed additional tools for doing math—first, systems for counting (scratches on a stone, knots on string, bar codes); then numbers (455 or 455,000); then mathematics.

But while our cultural math infrastructure has changed, our brains are still the same from a biological perspective. Even if we train a lot—and we do all the way up through college – mathematics is a blisteringly new piece of high-tech software strapped on top of a clunky piece of hardware. It can work, but it will never be our first instinct. Billions, trillions, millions, kajillions … they all sound the same but describe wildly different realities. Our brains were designed to juggle 1, 2, 3, 4, and 5. After that, it’s just “lots.”

2. We need to recognise numbers as a different language – and translate them for the audience

How would you explain the phrase “Aasman se gira, khajur mein atka” to a non-Hindi audience?

Clearly it cannot be “Fell from the sky, got stuck inside a date”.

You’d probably go with – “From one bad situation to another”

Or even better: “From the frying pan to the fire”.

On the face of it, “from the frying pan to the fire” seems nothing like “Aasman se gira, khajur mein atka”. But in essence, they are the same thing.

Chip and Karla have the same insight about numbers. Don’t think of numbers as a universal truth that everyone automatically ‘gets’.

Think of them as a foreign language, which needs translation.

This was the most valuable insight from the book for me:

There are many possible ways to translate a sentence or paragraph from one language to another. Some will better convey the meaning, some may be more precise, some may even be more beautiful. Well, the same is true of number translations.

The first part of the book establishes why we need to translate numbers, and also why the translation is more of an art than science.

The rest of the book is about the science – how do you communicate numbers better.

3. There are several tactics you can use to make your numbers talk

a. Convert it to human scale

Pre: A frog can leap several times its own body size.

Pre: The distance to the nearest solar system is 4.25 light-years.

Post translation: How far away is the nearest star from us? Well, imagine shrinking the solar system down to the size of a 10 pence coin. You leave the 10p at the goalpost of a soccer field and walk toward the goalpost at the other end of the field. When you reach it, drop another 10p to represent the solar system of our nearest neighbor, Proxima Centauri. Everything between the coins is just cold, dark space.

b. Use our comfort with understanding time – and the calendar

While we may not get large numbers, we do get large periods of time. Use that to your advantage.

Post translation: Imagine having to guess which date someone is thinking of—any date between January 1 in the year 0001 (1 A.D.) and September 18… in the year 2667. If you match, you win the lottery prize.

Another one with the difference between million and billion:

Pre: A billion is thousand times a million.

c. Leverage something humans have experienced

I loved this one:

Pre: There are a little more than 50 million people in England, and around 50 deaths each day via accidental causes (slipping in the tub; being swept away in a flooding river; falling from a ladder). The daily risk of dying there in an accident is roughly 1 in a million

Post translation: Imagine the entire Harry Potter series shelved in a library. Take the second volume, Harry Potter and the Chamber of Secrets off the shelf (it’s always been your favorite), and you’re left with 6 books, which together have approximately 1,000,000 words of text … Now, pick one of the remaining volumes, open it to a random page, and draw a red X over a random word. Then replace that volume, and take the Chamber of Secrets with you to read in the cafe. Now if someone else entered the library and, without looking, picked a page in one of the volumes and put their finger down on a word, the chance of them picking the word with your red X is 1 in a million.

This one on inequality:

Post translation: Imagine an apartment building with 10 units on each floor and 100 in total. The richest person owns 31 apartments. Together the 10 wealthiest people in the building own 70 of the apartments. The poorest person shares ownership with everyone who is worth less than $100,000. If that’s you, then you and 49 others would share 2 apartments.

Even a number as simple as 7 years can be made emotional!

Pre: CFLs use a quarter of the electricity of standard bulbs and last for 7 years in between replacements compared with the “replace every year” cycle for typical bulbs.

Post translation: Replace your lights with CFLs when your child is learning how to walk. The next time you’d have to replace the bulb, your child would be in Year 3, learning about oxygen. The next time, they’d be applying for their provisional driver’s licence.

I could go on and on, but you get the drift. The book is a rich treasure trove of examples and tactics of how to make numbers count. If your job depends on communicating numbers to drive change – Get. This. Book!

Minor quibble: Almost all the references and examples are written keeping a US audience in mind (which is understandable given the core audience). Time for an Indian version to be written then!

a. MS Powerpoint has a Perspectives Engine!

It uses AI to help you ‘translate’ numbers better. For example see how the AI adds the subtitle automatically:

(If the gif is not visible, you can see it in the linked article)

Currently this feature is only available for Office 365 subscribers. I’m excited to use it when it becomes mainstream!

Try it out and let me know what you think.

b. Giving perspective to Billions​

This site does a great job of visualising vast sums of wealth – and gives you perspective of what Jeff Bezos’ wealth is really like.

c. The Visile Newsletter by Sajith Pai and Rohit Kaul​
I wasn’t sure whether to slot this under podcasts or articles! Sajith and Rohit are inveterate podcast consumers – but they prefer to consume it through the transcript. The Visile is a written summary of the best podcast episodes of the month.

Not just great podcast recommendations, but also clear succinct takes on them.
​

a. How To Make Numbers Sticky: Chip Heath on Making Data Count in the Speak Good Podcast with Brad Phillips

This podcast does a great job of giving you a quick essence of the book. The interviewer is a fan of Chip’s work and has done his homework. The questions do a great job of summarising some of the key themes from the book.

While Steve Jobs regarded as the OG Storyteller, Bill Gates is surprisingly good.

In this 1994 stunt, Gates hung himself from a tall tree to showcase how much data a CD-ROM (remember those?) could hold. Pretty neat perspective!

Photo by Mika Baumeister on Unsplash