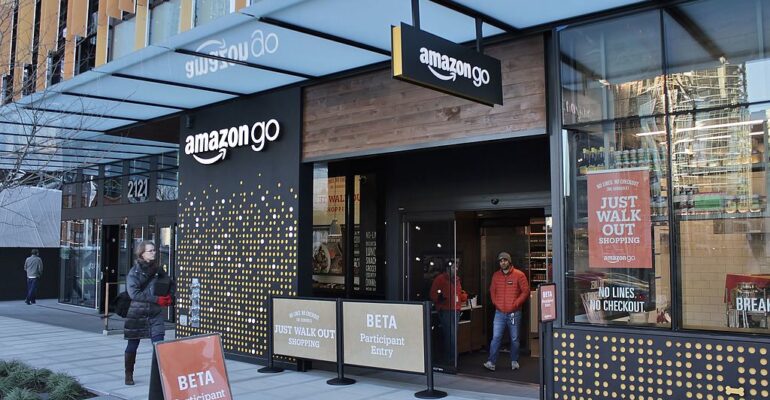 Jeff Bezos published Amazon’s much-awaited annual shareholders’ letter on 11th April. It made the headlines for one particular inclusion: his ‘challenge’ to retail competitors, to match Amazon’s $15-an-hour minimum wage and employee benefits.

Looking deeper into the document though, there are some critical storytelling lessons that can be gleaned. Here are my top three:

I. Make it Surprising

II. Make it Structured (here’s where we look at the 1-slide summary)

III. Keep it real and relatable

Let’s examine each one.

I. Make it surprising

I have blogged earlier about the value of surprise (using the principle of norm-variance) to get the audience’s attention. Bezos uses it multiple times in the letter:

3. Failure needs to scale too: On the face of it, this statement is surprising. Which leader would openly state that they will increase the scale of their failures? Bezos does. And then goes on to justify the same with clear arguments.

We had earlier dissected the structure of Amazon’s 2018 letter. The 2019 one is shorter, but a bit more ‘wandering’ (keeping with the theme!). Having said that, it does have a clear flow, with 5 main points being made. Here is the 1-slide summary:

Here’s the detailed version of the same:

Amazon’s success is mainly driven by guided wandering for customers; also by listening to them, and learning from our failures (which will continue to scale); we also take care of employees with all our heart

2. This success is built on listening to customers…

3. …But more importantly, by guided wandering on their behalf

– Prime, Fulfilment were key drivers of the Third Party growth

– Echo was a product of guided wandering

– No one asked for AWS or the Echo

– Ability: A culture of builders. People who are curious, explorers, like to invent

– Courage: Guided wandering needs heart. Programs like Prime and Fulfilment were extremely radical when launched and were taken up at significant financial risk and after much debate. The path is messy and tangential

4. However, as we scale, this policy would mean our failures would also scale

5. Finally, innovation is built on people; we take care of ours with all our heart

III. Keep it real and relatable

Just because you are making earth-changing moves, doesn’t mean that your language has to be a mystery to decipher. Bezos talks in conversational, everyday English and uses simple analogies where needed.

By employing so many storytelling techniques Bezos vividly illustrates the thought and effort that goes into crafting this critical document. And by the way, he must have been really busy with the personal developments during this period. Despite these distractions, he’s put out a stellar document.

Having said that, what could be better…

As always we will look at what could have been better. Three things according to me:

1. Flow breaks down: The letter’s structure was fine for the first two points (success and its drivers). But the third one doesn’t really flow from the first two. It seems like Bezos just wanted to highlight those points (higher wages, impact on community etc.) for building some good PR. This article from Fortune surmises it could be because of the threat of ‘anti-trust’ legislation against the Big Tech companies. Whatever be the cause, the letter suffers from not having a clear one-line theme (as compared to last year’s letter – which had a clear connecting concept)

2. Way too much technical detail: In the discussion on databases, the geek in Bezos takes over. We could have used some editing there, as well as an analogy, to explain to us non-techies!

3. The human element: Like last year’s letter, this one too skips giving any anecdotes or human stories underlying the numbers. How about putting the spotlight on a third-party seller who exemplifies the impressive growth? Or an employee who’s maximised her potential after taking the Career Choice program? These stories make your data more relatable.

In sum, despite not being the tour-de-force that the earlier letter was, the 2019 Amazon Shareholders Letter packs in a mean punch in making its points… and leaves us with valuable storytelling lessons as always.