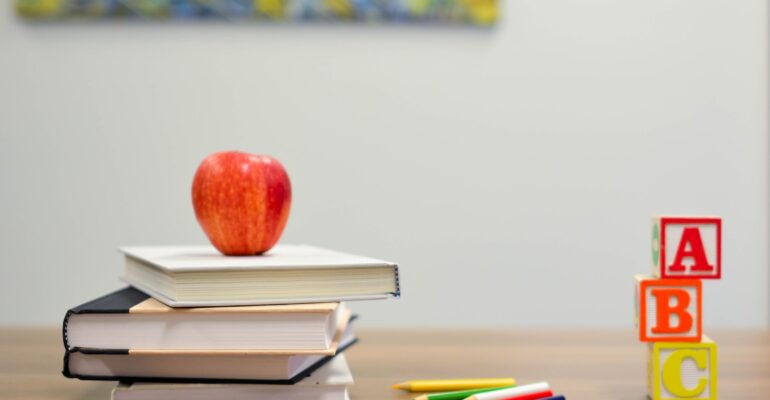 I’ve been formally teaching Data-Storytelling as a skill for 5+ years now. During this time, I’ve been obsessed with one goal: To have an elegant MECE framework to explain all the components that make up this skill.

A framework that is MECE…

You need to know something about me – I’m MECE-obsessed in life.

For the uninitiated, MECE (pronounced mee-see) stands for Mutually Exclusive, Collectively Exhaustive and is a neat acronym for clear, comprehensive thinking:

– Comprehensive: You aren’t missing any element

(As an aside, Barbara Minto, the Mckinsey & Co. consultant who coined the term, preferred to pronounce it ‘mees’. Go figure!)

I use MECE for almost every key decision in life.

You get the picture.

I basically have massive FOMOBO – that’s Fear Of Missing Out on the Better Option.

As I’ve written before, being MECE helps the audience assuage their fear of making the wrong decision.

Which means, when I come across a useful new concept which is not in my construct, I ponder – how to add it to the framework.

Of course, there’s the other issue – even if I add the new concept and make the framework ‘more MECE’, it may render it unwieldy.

Which brings me to the second goal of any structure: elegance.

A complex, unwieldy framework defeats the purpose – it needs to be simple, elegant and memorable.

Textbooks are not elegant. I doubt you’d be able to remember the chapter headings of any your school or college textbooks.

But it is possible to teach using elegant, MECE frameworks. Here are three examples:

​Tiago Forte – the champion of personal knowledge management – distils the essence of his advice into a simple, elegant four-part framework:

2. Made to Stick: SUCCESs

My favourite book on storytelling uses the SUCCESs acronym to share six tips for making your messages sticky:

I read that book more than a decade back, and I still remember the six principles.

In his bestselling book, James condenses all his advice under four elegant heads:

You know you’re never too far from a 2×2 chart with me around. Here goes:

I wanted my data-storytelling framework to be right up there – in that top-right corner.

In all my workshops, I have a single slide to show the overarching framework of concepts. I refer to that slide throughout the program – and especially at the end, as a recap.

With that context, let me take you through the evolution of the Data Storytelling framework(s) that I’ve been teaching – and the new breakthrough that I’m excited about.

– Notice the name – I called it ‘Effective Data Analysis’ initially – even though I was teaching storytelling and not analytical techniques.

– This structure missed the Pyramid Principle

– Having said that, I essentially used a broad version of this same construct for most of the 5 years

The rest of 2016 saw rapid iteration on the above construct. Here is the evolution of the framweork through the years:

​So that’s where I was, after all these years. Not exactly basking in the glow of the framework, but knowing that I had something that works, and not looking to massively change it.

Then, two things happened in the last few months:

1. I took the BASB (Building a Second Brain) course by Tiago Forte and discovered the power of elegant MECE simplicity. Here is the expanded version of the ‘C.O.D.E. system’ that Tiago uses to share all the concepts taught in the course:

2. Then I read Brent Dykes’s book on data storytelling (which I reviewed here). I realised that my content was missing a few pieces. I added those and then thought – it’s about time that I re-looked at my overall framework too.

This question was on continuous processing in the back-burner of my mind. But despite obsessing over it during my cycle rides (ok ok, that one ride), there was no breakthrough.

Finally, I thought I had something – an analogy of a software stack. I discussed it over a long walk with my wife.

The next day, I wrote a long message in a Whatsapp group with my brother and his friends (it’s a group with some fascinating, thought-provoking discussions, and I highly value their opinions).

Here’s what I wrote:

​So I really appreciate Tiago Forte for his ability to distil his BASB approach in to a 4 word mnemonic: CODE (Capture, Organize, Distil, Express)

​I want to do something similar for Data Storytelling… But I’m struggling with the ideas/words.

​I wanted to run something past you guys… Let me know what you think:

Similarly your ‘story stack’ needs to have:

– The Data layer (foundation of your story)

– The Visual layer and

​Like there are Full stack developers, you can be a Full stack Storyteller (I’m seriously considering adding that to my LinkedIn!)

– What do you think of the analogy- will it also work in non tech audience?

– Can you think of a nice mnemonic with DNEVD…? (From first letters of the steps above)

Their reaction was (thankfully) tepid. They gently but firmly told me: it wouldn’t work for a non-tech audience and it doesn’t do justice to the ‘art element’ of storytelling.

And so, I sighed to myself – let’s ditch the acronym business and just put down the new framework.

And one morning, here’s what I came up with:

I’m sure some of you are wondering what the terms such as Comic-style slides, Type-1-Type-2 errors and Charts Cheat-sheet mean. Well, for that you have to take the course! Seriously though, I’ll try to cover them in future blog posts – and then, who knows, maybe there’s a book here!

Anyway, I liked the above framework for two reasons:

– It seemed to cover more concepts than the previous version

Then something interesting happened.

As written above, I had numbered the elements 1 to 4. And I was thinking of numbering the internal elements under each heading, as 1-A, 1-B, 1-C etc…. which is when I said, hang on – ABC!!

I could call them ABCD!

That’s it – I had gotten my elegant MECE framework!

This is what I used in my next training program, which happened in Chandigarh between 8th to 12th September (yup, first in-person training in 18 months!). It was for a fun set of sessions with an enthusiastic group of learners, and they loved it. They could remember it much better – and I was excited!

So – do I think this is it? No more tweaks? All done and dusted?

Oh heck no. I’m sure I’ll keep agonising over and modifying this framework.

Enough with the good stuff though. It’s time to start digging for the next major breakthrough. The journey never ends.

PS: A couple of week’s back, I had reviewed the book ‘Tamarind City’ about the glorious city of Madras/Chennai. In that post I had quoted the author saying: “It also does a great job of giving Chennai it’s due position as the cradle of modern India’s institutions (which the present-day city is surprisingly shy to celebrate).“

One astute reader of this newsletter – Ashwin Bhandarkar – wrote back saying:

“It is good to know about your fondness for Madras/Chennai, something which I share with you since Madras is where I was brought up and where my parents still live in the house that my grand-dad built in Mylapore, way back in 1953. But what took me by surprise was your statement that Chennaiities are diffident about taking pride in their history and celebrating it. Chennaiites are as city-proud as their counterparts in Mumbai or Kolkata or any other city. Am sure you have heard of Madras Day/Madras Week, a celebration of the city, which in a few years, I am sure, will give the Music Season a run for its money in terms of the magnitude of the celebrations! It has no central organizing body but organizations/institutions and individuals from all walks of life conduct events from talks, walking tours and quizzes to food fests and film screenings of their own volition for 7 days starting 22nd August (Madras Day, the day on which the modern city of Madras is said to have been founded). You can read about it here. I doubt whether any other city in India has such a celebration. And that is not all – neighbourhoods in Madras have also started heir own days/weeks to celebrate their history, heritage and ethos – read about the Mylapore Festival 2020 to kick off this week.

Finally, let me come to my main motive behind this attempt at edifying you – and you cannot call it an ‘ulterior motive’ since I have been very open about my motive 🙂 . I had conducted a Cryptic Chennai Quiz last Saturday on the last day of this year’s edition of Madras Week. The quiz is a cross between a crossword and a quiz in that it is a quiz that has cryptic clues instead of questions. I have given the link to the video recording below. I am not sure whether you are a fan of cryptic crosswords but since you are a Chennai buff, I am sure you will enjoy it, so do watch it. If you do not have the time or inclination, do ask your wife and her relatives to watch it, and my non-ulterior motive would have been realized!! 🙂

More power to Ashwin – check out the links, if you hadn’t known about them!

Photo by Element5 Digital on Unsplash