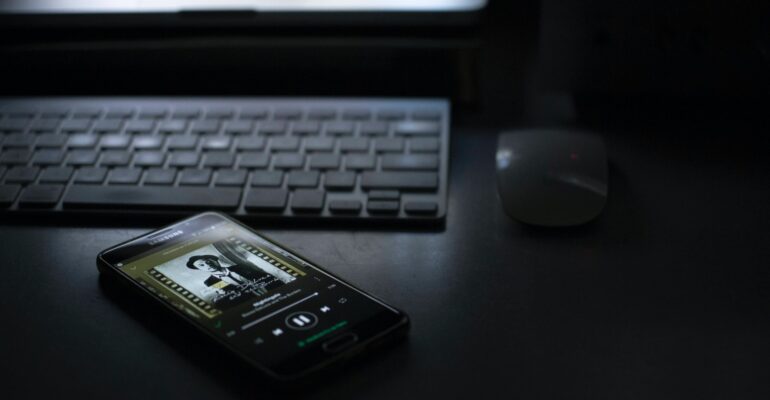 a. ‘When people listen to happy songs the market outperforms’ by Scott Berinato (HBR)

– Most decisions are taken by System 1 thinking – our automatic, quick, heuristic-based thinking pathway – even though we may think it is being taken by the analytical, logical and deliberate System 2

-There is one language that speaks almost exclusively to System 1: music

The second fact may come as a bit of a surprise to some folks. Here’s Robert Cialdini on this topic from his path-breaking book, Pre-Suasion (I’m quoting several extracts from the book, all emphasis mine):

Isn’t there some generally applicable mechanism that social entities could deploy to bring about such synchrony to influence members toward group goals? There is. It’s music. And fortunately for individual communicators, it also can be co-opted to move others toward the goals of a single agent of influence.

Music’s influence is of the System 1 variety. In their sensory and visceral responses, people sing, swing, snake, and sway in rhythmic alignment with it—and, if together, with each other. Rarely do they think analytically while music is prominent in consciousness. Under music’s influence, the deliberative, rational route to knowing becomes difficult to access and, hence, largely unavailable.

…an adage from the advertising profession, is tactical: “If you can’t make your case to an audience with facts, sing it to them.” Thus, communicators whose ideas have little rational firepower don’t have to give up the fight; they can undertake a flanking maneuver. Equipping themselves with music and song, they can move their campaign to a battleground where rationality possesses little force, and where sensations of harmony, synchrony, and unity win.

If you accept the two facts above, then the results of the incredible (and bold!) study that the HBR article profiles should not come as a surprise.

This study looked whether the kind of music (happy or sad) people listen to has an impact on their stock market activity.

I know right? What a random thing to study.

Prepare to be surprised.

Alex Edmans of London Business School and three coauthors gathered data on the average positivity of songs that people in 40 nations listened to on Spotify. The researchers then compared that data with the performance of each country’s national stock market over the same period. They wanted to see if there was a correlation between mood, as reflected by the music played, and financial returns. There was. The conclusion: When people listen to happy songs, the market outperforms.

In this delightful conversation with Alex Edmans, one of the brave professors who co-authored this study, interviewer Scott Berinato delves into the findings with childlike curiosity and wit.

I loved this part of the exchange (questions are asked by Scott):

Who says how positive or negative a song is?

A team at Spotify called the Echo Nest actually scores it.

Come on. You made that up. It sounds like a name for some Marvel villain’s mountain lair.

No! It’s real! It was started at the MIT Media Lab about the same time I was a PhD student at MIT Sloan, and now it’s part of Spotify’s data science group. Every song gets assigned a positivity score between 0 and 1. Human experts scored about 5,000 songs, and that data was used to create a machine-learning algorithm that can be applied to every song.

An AI that ranks songs on a happiness scale. And humans who then explore how the choice of music influences billions of dollars of movement in the stock market.

What a world we live in.

I came across this fun article through Matt Levine’s unparalleled newsletter, Money Stuff (sign up if you haven’t yet!).

PS: Trust Matt to come up with an insider-trading quip based on this insight!

Anyway… if you work at Spotify and manage to insider trade on this data, that wold be really cool, do let me know.

b. Eight Marvellous and Melancholy things I’ve learnt about Creativity by The Oatmeal (Mathew Inman)

If you’ve never read The Oatmeal, then my apologies. You’re going to spend the rest of this weekend going into this wondrous rabbit-hole of a website.

Every minute will be worth it though. (You’re welcome).

Even if you’ve read The Oatmeal you may not have read this brilliant eight-part series on Creativity and you’ll enjoy bingeing it.

There are some storytellers who are gifted writers (say Rohit Brijnath or Malcolm Gladwell).

Then there are some who apart from writing superbly are also visual thinkers. They may not be artists, but they do a decent job of visualising the story. A great example is Tim Urban with his cute stick-figure drawings.

And then you have The Oatmeal. A storyteller with stunning visual skills, but also someone who is superb at crafting a compelling narrative.

Check out his piece on the Mantis Shrimp or on Nikola Tesla. If you are new to his site, the comics tagged ‘popular‘ on his site are a good place to begin.

In the 8-part series on Creativity that I referenced above, here is an example of how he uses the storytelling principle of contrast in this hilarious set of visuals:

The Oatmeal is a great site for folks who want to enhance their visual storytelling skills.

When historians look back at this era of development in India, they may chronicle many challenges.

But they would also note some areas where India is actually leading the global agenda:

– It rolled out a revolutionary identity system to 1.3B people in just about a decade

– It created a world-class payment protocol that enables easy, free digital payments anywhere in the country

And they would note that there was one individual who was at the forefront of enabling these transformational changes in the world’s largest democracy.

In this fascinating conversation, Mr. Nilekani talks about the major projects that he has worked on and is currently working on.

Listening to him, I found it staggering what can be achieved by just a few talented, driven people who can navigate the political challenges and leverage the immense power of the state for good.

Mr. Nilekani also outlines a new egalitarian model for the internet, one that is different from the large-corporation dominated US model and the state-controlled Chinese model… and talks about the ‘export-potential’ of the India-stack model.

On the flip side: I wish this conversation was longer and delved deeper into the multiple challenges that Mr Nilekani and team would have navigated to deliver these changes.

I’m a fan of depth over width, but would balk at what Rahul (head of a design firm) has done. This is a brave move!

I have been using Calendly for setting up some calls recently and LOLed on this one!

“Anthropologists, who research the behavior of diverse cultures around the world, have observed a class of behaviors that they call “universals,” found in every human society if not in every individual. Anthropologist Donald E. Brown identified a universal that is important to this book: that people “use narrative to explain how things came to be and to tell stories.”

I’d really liked the earlier version of the Unpaused anthology featuring stories by five interesting directors. I’d been especially moved by Avinash Arun’s lovely story of a painter who gets stuck in a fully-furnished but empty flat during the April-2020 lockdown with his wife and young son. There’s a particularly bittersweet scene when the painter and his wife get up in the night once their son is asleep and proceed to go to the bedroom to… record a TikTok video.

(Side note: Check out Avinash’s brilliant Marathi movie, Killa, if you haven’t. It’s a movie that took several days to exit my system!)

This version 2 of the Unpaused series is …decent. (For sure, it’s better than some of the commercial movies in the theatres now).

Among the five stories, the one I found most poignant features a lady who’s a volunteer at a BMC Covid War room. She gets a call from an unexpected source… that presents her with an unconscionable choice. It’s a heart-wrenching watch.

Vaikunth by Nagraj Manjule, though weak on the plot, was searing in its visuals.

Where do I even begin with Lee Mack?

It just felt unfair that I was seeing SO many of his videos and not sharing with you guys!

In this one, watch out for Lee’s spirited performance when he describes how to cook ‘beef in oyster sauce with chilli’… and then David Mitchell’s deadpan reactions (“you mean incredible as in not credible”). Hilarious.

Photo by Fábio Alves on Unsplash

Do you really know your own country?