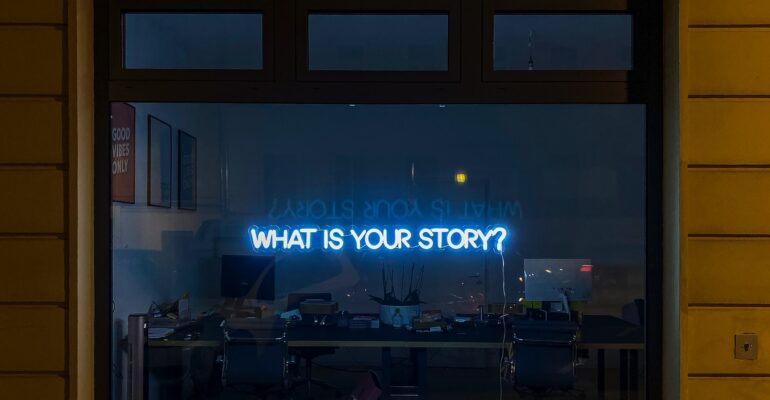 Today we look at how the Sequoia deck uses quotes and analogies (and also a talking script).

Plus we explore what it could have done better.

For those who came in late: This week I’m breaking down some of the storytelling techniques used in Sequoia’s recent presentation to its portfolio companies titled ‘Adapting to Endure‘.

– In Monday’s post, we looked at how the presenter starts with a personal story – of having faced a similar economic downturn.

– Tuesday’s edition looked at how the deck had clear messages on top of slides and charts.

– On Wednesday we explored the use of the Pyramid Principle to structure your thoughts.

–Thursday’s SOTD was about the overall flow (What, Why, What next) and the willingness to plainly state bad news

Today’s lesson: The use of quotes and analogies to make your point.

If a picture is worth a thousand words, a quote is not too far behind. Someone described proverbs as “short on words but long on meaning”. Quotes are similar.

The first one is to answer the question: “Who survives (this situation)?”

A second quote uses an analogy from car racing to reframe the crisis as an opportunity – one where the good players could gain market share:

Another quote they use is to encourage their startups to focus on what is in their control: their actions and preparation:

Incidentally, here’s the notes commentary which they had written below this slide:

If the one with all the money is the one that wins, how could Zappos go up against Amazon and win the shoe category?

How could DoorDash come from behind and emerge as the market leader beating UberEats?

The one who is best prepared for the fight.

At Sequoia, we believe that the one who wins is the one most prepared.

That brings me to the other smart technique used by the Sequoia presenters – almost every slide had a set of detailed talking points (a.k.a. a ‘script’) in the Notes section below.

Check out this slide for instance:

By writing down clear bulleted talking points, the presenter ensures that they would not be grappling for the right words and points to make, when presenting that slide.

Your audience deserve this preparation from your side.

A practical tip: We speak at a speed of about 150 words per minute. So, if you have a 5-min presentation slot, your ‘script’ should not be more than 750 words long.

(Bonus: The notes on the above slide include a human story – the ‘Stockdale paradox’ story about Admiral Jim Stockdale, which was narrated by Jim Collins in his book, ‘Good to Great’)

What could be better:

It’s tough to critique this deck without spending more time. At first look, here are two areas which could have been better:

1. More Ethos: Shouldering some of the pain would have been nice

On reading Sequoia’s sombre advice about cutting costs and focusing on profitability, a friend of mine, Abhishek Gupta, quipped that “Sequoia is less than upfront in saying that they may have been responsible too for the free cash?”

Honestly, I don’t understand this space to comment on how much Sequoia and the VC industry are complicit in the current situation… I guess they were just maximising their returns in an investment-friendly, easy money environment.

Having said that, where I felt they could have differentiated themselves is if they had said something like: “Hey, while we are asking you to cut costs, we at Sequoia have also taken pay cuts.”

That…….. may not really happen though!

(Although you could argue that since their pay is startup-performance determined, it would get affected. But that is different from a cut in fixed pay!).

2. On quotes: Avoid cliched ones

Ideally the quotes you choose should not be cliched ones (like the Charles Darwin one on adaptability).

For instance, if you are talking about change management, don’t go with a quote like “Change is the only constant”. Everyone knows that.

Instead try something like “When the winds of change blow, some people build walls; others build windmills”.

(Incidentally, the Sequoia deck also had two nice quotes on change – both of which I had not come across!)