I think I have come across one of the most engaging analyst-storytellers on the Russia-Ukraine war.

This is Paul Poast, an Associate Professor of Political Science in the University of Chicago. (Hat/tip: J Ramanand for the recommendation to follow him).

I decided to take his latest thread (published yesterday, 14-Mar) and break down the story techniques he uses.

It's a 45-tweet thread and begins with this one: 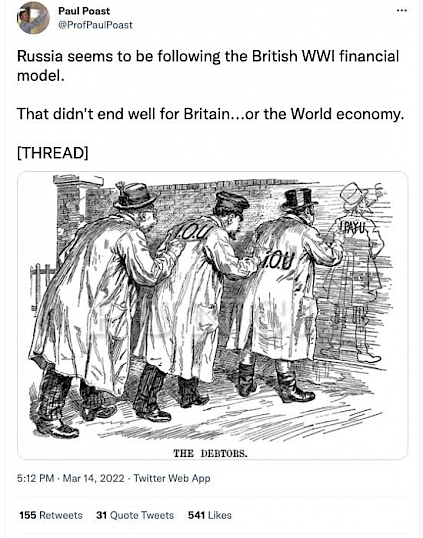 Then I realised, hang on. This is TOO much work for one #SOTD.​

And so this week, we shall do an #SOTD series on this tweet thread by the good professor.

Let's start with the first tweet itself. He doesn't say:

- Looks back in history (norm-variance) and comes up with an analogy for what historical precedent best describes the Russian economic situation.

- Adds a 'So-what does it mean' to that statement... ("That didn't end well for Britain ... or the world economy") implying that there's bad news for Russia and the global economy going ahead.

- And then adds a funny WW1 era cartoon that tells a thousand words in 1 image.

And finally for the coup de grace - check out tweet number two: 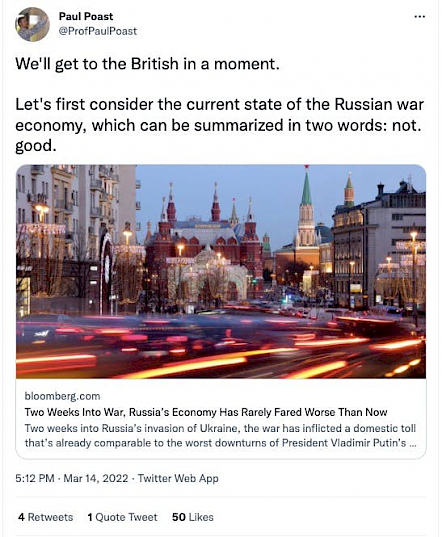 With the first tweet, he piqued your curiosity and got your attention ("Oh really, like the Brits in WW1, how?").

With the second, he's telling you: "I'll tell you the answer, but let me tell you a story first."

What he is doing here is: Controlling the release of information (to manage your curiosity and attention).

"The only useful definition of narrative is that it's a controlled release of information. The way in which you release that information is all up to you.” - Christopher Nolan

All of this in just four simple sentences across two tweets.

This is an #SOTD bonanza.

And we have just begun. 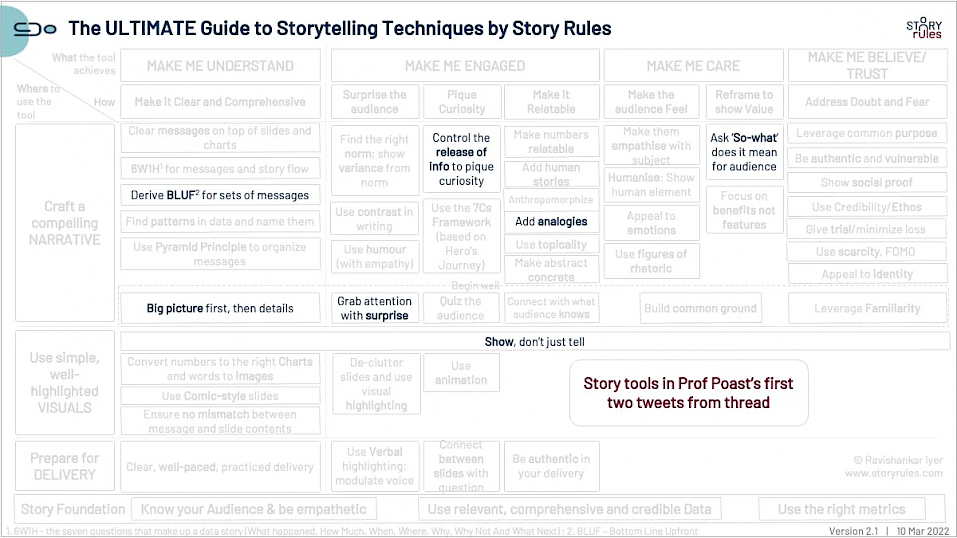