Who says Twitter is all about doom-scrolling and hate-spewing? Some of the best #SOTD discoveries for me have come from my Twitter feed.

Yesterday, I came across an interview of Steve Jobs - from 1985, when he was all of 29-years old. It is a stunningly prescient conversation and a great case study in clarity of thought, communication and also interviewing skills!

This entire week, I will profile various storytelling elements I spotted in that interview. (Fair warning: At about 15,000 words, it is a long one. Almost one-fifth the size of a typical book!)

Today's theme from the interview: Steve Jobs' ability to spot the story - as in what surprising thing would have a massive impact on the future

Remember, this interview happened in 1985 - the world was far, far away from any concept of the ubiquity of the personal computer and the emergence of the internet.

Naturally, the interviewer (a brilliant guy called David Sheff, who himself was just around 30-years old then) was sceptical about the potential of computers to take over the world.

Here are some of his questions and Steve's stunningly prescient response:

David: How about some concrete reasons to buy a computer today? An executive in your industry recently said, “We’ve given people computers, but we haven’t shown them what to do with them. I can balance my checkbook faster by hand than on my computer.” Why should a person buy a computer?

Steve: There are different answers for different people. In business, that question is easy to answer: You really can prepare documents much faster and at a higher quality level, and you can do many things to increase office productivity. A computer frees people from much of the menial work. Besides that, you are giving them a tool that encourages them to be creative. Remember, computers are tools. Tools help us do our work better. In education, computers are the first thing to come along since books that will sit there and interact with you endlessly, without judgment. Socratic education isn’t available anymore, and computers have the potential to be a real breakthrough in the educational process when used in conjunction with enlightened teachers. We’re in most schools already.

David: Those are arguments for computers in business and in schools, but what about the home?

Steve: So far, that’s more of a conceptual market than a real market. The primary reasons to buy a computer for your home now are that you want to do some business work at home or you want to run educational software for yourself or your children. If you can’t justify buying a computer for one of those two reasons, the only other possible reason is that you just want to be computer literate. You know there’s something going on, you don’t exactly know what it is, so you want to learn. This will change: Computers will be essential in most homes.

David: What will change?

Steve: The most compelling reason for most people to buy a computer for the home will be to link it into a nationwide communications network. We’re just in the beginning stages of what will be a truly remarkable breakthrough for most people - as remarkable as the telephone.

Remarkable for a 29-year old talking about the internet in 1985. It demonstrates a strong ability to separate the signal from the noise. The variance from the norm.

I wonder: If Steve Jobs were alive, what would he have opined about today's cutting edge technology? 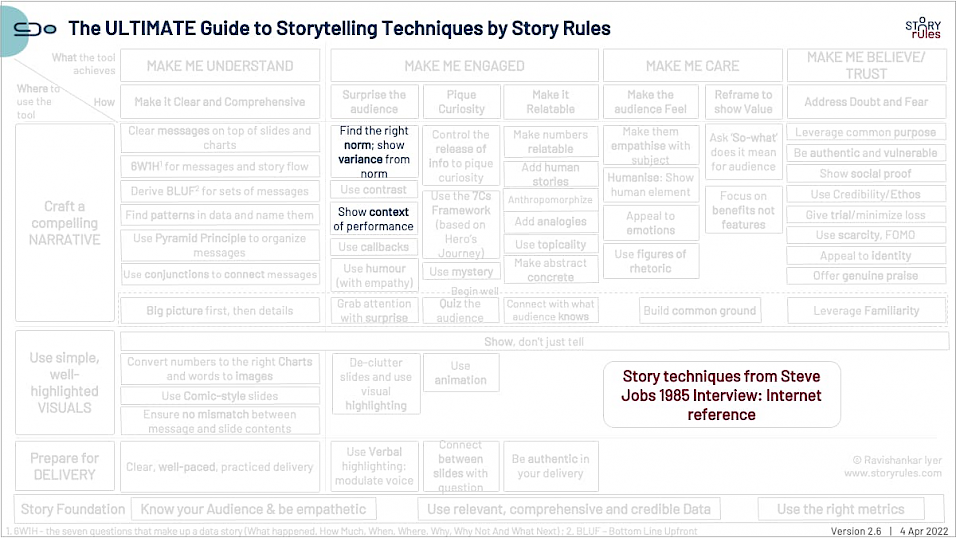