You are writing a piece profiling an exciting startup that works in the blue collar workforce space. How would you begin it?

You could start by:

Sajith Pai does none of the above.

This is how he starts his piece on a new startup, Smartstaff.

In February, this year, Mohd Samim Akhtar, a 23-yr old tailor from South24 Parganas, West Bengal, took a bus to Howrah Station. From there he boarded a train that would take him on a 36-hour journey, 1800 kms away to Bangalore, a city he was travelling to for the first time ever. A few days after he reached the city, he and a group of tailors, reached the premises of Richa Global, a ₹1,000cr large apparel exporter, for a test.

The test was a short one measuring him on speed (stitch time) and accuracy (control over machine), grading him as a A* tailor. That would give him wages of ₹16,000/- per month, a little bit higher than the Grade A, B*, B, C tailors who did worse than him on the test, but not enough to be a Sample Operator or even a Floater, the two highest grades. Still, Samim had reason to be happy for what he was earning as a tailor at Richa Global was well above what he could have dreamed of earning in his village.

Samim came to Bangalore, and to Richa Global, thanks to Smartstaff, a startup that helps manufacturers source and manage blue collar staff. Richa Global, Raymond, Dixcy etc., are some of the companies that Smartstaff supports in sourcing talent for. It not only sources talent, but also helps companies in managing this staff through a workforce management app. Smartstaff or SS as it is popularly known in Bangalore manufacturer circles in Jigani or Doddballapur industrial belts acts as an employer within an employer, collecting wages from the manufacturer and then paying the workers in turn. 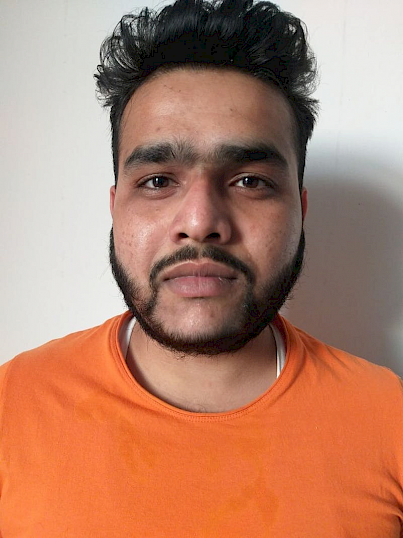 Why is this better than the typical start we normally see - of perhaps data on market size or demand/supply?

- It grabs your attention from the get-go. We love reading about other people. Dull stats, not so much.

- It brings clarity to what the startup does. If a startup says, "We provide end-to-end employment management services for blue-collar workforce", you would be scratching your head thinking, "karte kya ho bhai?" (What do you actually do guys?). But the story of an individual employee makes their work amply clear.

- It 'humanises' the data story. Sajith has a lot of stats in his story for sure. But this story makes it easier for the audience to relate to the company and the work it does. We 'feel' for the protagonist.

(Having said that, maybe some background information about Samim would have been nice to have. Nothing specifically emotion-inducing - no one wants to go down the path of the Indian television reality-show emotional backstory. But some genuine details about what this job means to Samim and his family makes us root for him a bit more.)

This week we shall profile a few other storytelling lessons from Sajith's fascinating article.

Incidentally, I used to work in the vocational training space for blue collar workers. It is a vital space for India's growth. What Smartstaff is trying to do - figuring out a market-driven, for-profit model to scale in this space - is incredibly difficult. More power to them! 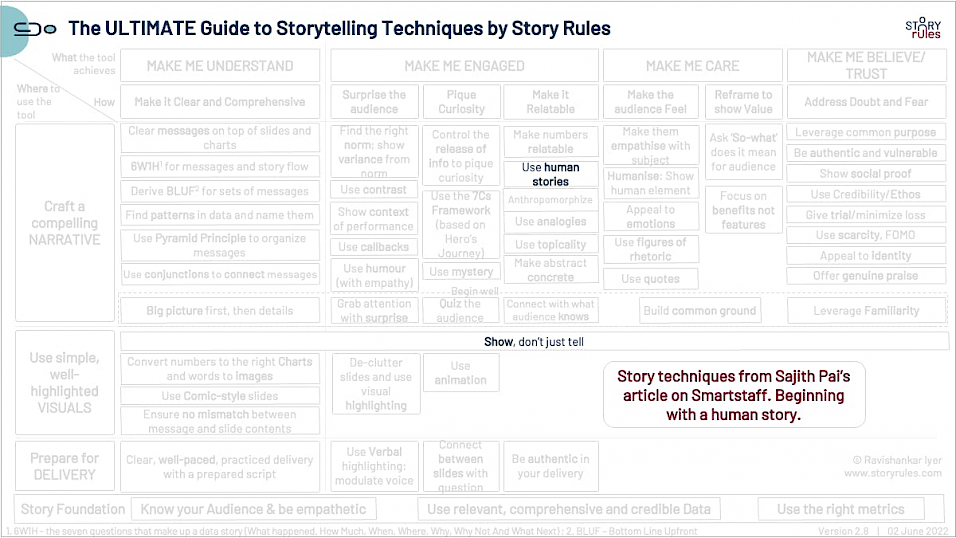