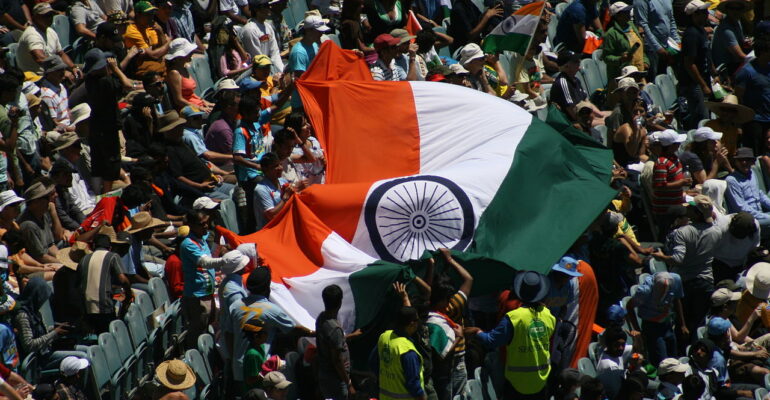 The Indian test team under Virat Kohli has hit a fabulous purple patch and may end up becoming the best in Indian cricket history. While the contributions of Ashwin, Kohli and Jadeja to this success are well acknowledged, one contribution is not so well known: the batting partnership of Murali Vijay and Cheteshwar Pujara.

Here’s some data to back that up from ESPN CricInfo (the best place on the internet for cricket data, analysis and opinion). This chart ranks Indian batting pairs in descending order of average partnership per dismissal (minimum partnership runs 2000):

That table there has some serious batting talent. Not bad to be topping it.

But this is still data (albeit analysed a bit). Is there a story behind this data? What makes this pair so successful? Conversely, is there something that actually impedes their success, despite which they have achieved these numbers?

Let me handover the stage to Sidharth Monga – probably among the top three cricket writers in India (and it is a competitive field). I’m a big fan of Sid’s ability to “find the story” and narrate it in a compelling manner.

Read this recent article where he goes beyond the numbers and explores the fascinating underlying story.

He starts off – as he often does – by describing a small incident that would have probably gone unnoticed by 99.9% of the viewers:

“In the 26th over of the day’s play, Cheteshwar Pujara played a lovely straight drive. It should have gone for a four between the stumps at the non-striker’s end and his batting partner M Vijay. Except that Vijay almost had his back to the action and didn’t make the slightest of efforts to get his bat out of the way. The ball knocked the bat out of Vijay’s hand, and created a misunderstanding as Pujara wanted a single off the ricochet, but Vijay was still processing what had just happened.” (all emphasis mine)

He then adds another incident from a recent test:

“It was quite reminiscent of India’s first Test with modern DRS. Pujara was given out lbw to a legbreak that was hitting leg and middle and thus ought to have pitched outside leg. Except that when you are batting and given out, you look at cues from your partner so as to not look selfish with reviews. In this case, Vijay again had his back to the action by the time Pujara looked up.”

“They are both slow runners who can often be caught ball-watching. In Hyderabad on Thursday Vijay took a few steps for a single, Pujara charged off, looking at the ball and not his partner. Then both made off for the same crease. Vijay, who now knew he was to be beaten to the crease at the striker’s end, tried to complete the run. They were lucky this didn’t result in a run-out.”

Sid then goes on to reveal the other side of the coin: powerful stats that inarguably make a case for stellar achievements since they started playing together:

“Among Indian pairs with 2000 or more runs together, this partnership averages the best. They are also India’s most prolific pair since the start of this decade.”

So here’s the difference in the storytelling. Instead of just starting with the data, Sid chose to narrate three vivid, concrete incidents, and then followed it up with the performance data. By juxtaposing them, he highlights a striking point: these two players – the guys with the best partnership average in a list that includes Tendulkar-Dravid and Gauti-Sehwag – don’t seem to be the best communicators on the field. In fact, they seem to have serious issues communicating with each other. How can that be?

He then tackles the apparent contradiction head-on, in this stunningly insightful paragraph:

“More than anything else, the sight of Vijay and Pujara batting well together in a partnership is the sign that the India Test team is doing well. The irritants – Vijay switching off at the non-striker’s end and both ball-watching when running – are offshoots of what are integral parts of their game. They are old-fashioned Test batsmen. They build their innings through a lot of leaves and a lot of defensive shots when it is the most difficult time to bat. They need to switch off between balls otherwise they will exhaust themselves in no time.” (emphasis mine)

That’s the brilliant insight – batsmen at this level need so much concentration on every ball, that they need to switch off between balls – which explains the apparent lack of communication (especially when at the non-strikers end). And what explains the hunger for runs? Another aspect which distinguishes Vijay and Pujara from the other batsmen on the list. Monga again:

“They (Vijay and Pujara) get to play international cricket in only one format (i.e. Tests) and they are under extra pressure when they play Tests, especially given the amount of batting talent in India. They were both dropped for flashier batsmen during the West Indies tour.”

And so that’s the story of India’s most successful pair by batting average: focus on one format and when at the crease, concentrate for long periods by periodically switching off (even if it means the odd missed DRS or lost boundary opportunity).

Will Vijay and Pujara become the most successful batting pair in Indian cricket in terms of runs (surpassing the Tendulkar-Dravid colossus?). Only time will tell, but one thing is for sure: you’ll be seeing much more of Sid Monga on this blog!

Finding the hidden story in a corporate P&L