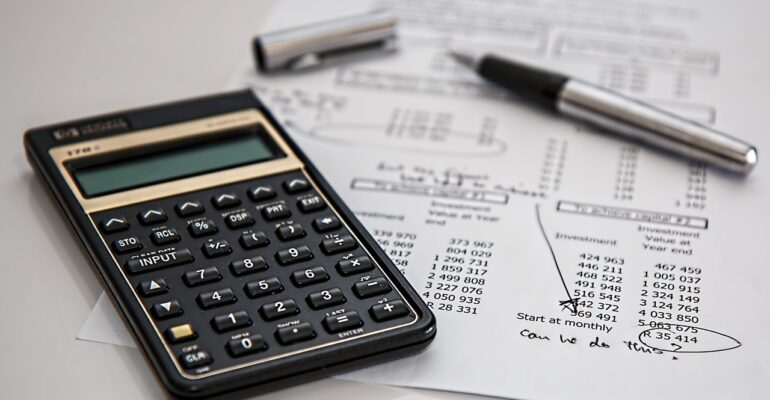 I hope you and your family are ok in these turbulent and heart-rending times.

​We are doing ok at home (thanks for asking).

​Of course, there is a feeling of being overwhelmed, of being powerless. It’s not easy to cope. Of course, we can try to help others, donate money, time and other help. But at an individual level, it can be tough to deal with the feeling of helplessness.

​In such a situation, I liked the perspective shared by a close friend, Andy Krishnamurthy: ‘It is important to take care of your mental health in such times, because that impacts your immunity… and one way to do it is to immerse yourself in your work, especially if it is meaningful to you and others’.

​And so, on that sombre note, I continue to share my thoughts and lessons from the world of storytelling with you.

​It’s time for my content recommendations and reviews for May-21: a book, a podcast, articles and a couple of videos.

a. ‘Seven and a Half Lessons About the Brain’ by Lisa Feldman Barrett​

You may have heard a lot of metaphors for the brain. For instance, people call it the Command Centre of the body. The CEO. The Headquarters. Etc.

​Lisa Feldman Barrett might disagree with all of the above.

​​Lisa (a leading psychology professor in the US) is among the foremost researchers of the brain and more importantly, is among those rare academics who can write for a layperson audience.

​She explains what is a ‘body budget’:

“A financial budget tracks money as it’s earned and spent. A budget for your body similarly tracks resources like water, salt, and glucose as you gain and lose them. Each action that spends resources, such as swimming or running, is like a withdrawal from your account. Actions that replenish your resources, such as eating and sleeping, are like deposits.”

​Then she shares a crucial insight about the brain – it is a prediction machine:

“When it came to body budgeting, prediction beats reaction. A creature that prepared its movement before the predator struck was more likely to be around tomorrow than a creature that awaited a predator’s pounce. Creatures that predicted correctly most of the time, or made nonfatal mistakes and learned from them, did well.”

​Finally, she brings out the, ahem, bottomline:

“(Body budgeting is) your brain’s most important job. It’s not rationality. Not emotion. Not imagination, or creativity, or empathy. Your brain’s most important job is to control your body — to manage allostasis — by predicting energy needs before they arise so you can efficiently make worthwhile movements and survive. Your brain continually invests your energy in the hopes of earning a good return, such as food, shelter, affection, or physical protection, so you can perform nature’s most vital task: passing your genes to the next generation.”

​The human brain is the greatest, most complex machine ever made. And Lisa Feldman Barrett is basically saying: It’s a glorified Accountant.

​I have never felt prouder of my degree.

​‘Seven and a Half Lessons about the Brain’ is a short, highly-readable book that’s essential reading for anyone interested in understanding how our brain functions and why.

Lisa dives deep into the evolutionary history of brains and comes up with fascinating, myth-breaking insights. For instance:

​Vivid real-life examples of prediction at work can be seen in any sport. Let’s take cricket. The speed at which a ball is bowled by say, a Pat Cummins to a Rohit Sharma, gives the latter no time to actually observe, analyse and then react. Sharma’s brain has predicted (based on Cummins’ hand and body positions and Sharma’s rich past repository of cricket memories) where the ball will be… and he moves his bat and body accordingly.

​Interestingly, this prediction function of our brain is incredibly important to a storyteller. When you are telling a story, you need to constantly (and empathetically) be thinking: ‘What is my audience’s brain likely to predict now that I have told them X’?

​And if your actual finding differs from the likely prediction, boom – you have norm-variance. The ingredient that can get your audience’s attention better than anything else.

​The use of vivid analogies

​Ladies and gentlemen, that large neuron is doing nothing but relaying the ‘BLUF’ – the Bottom Line Up Front – which is a critical storytelling technique. That’s how our brains are able to see patterns and derive summary insights from a seemingly contradictory mass of data.

​Ok, so the brain is a predicting machine, a detective, an assembler, an artist…

​But most of all, it is an Accountant.

a. Think Fast, Talk Smart: Writing to Win: How to Quickly Capture Readers and Keep Them Engaged​

‘Think Fast, Talk Smart’ by Stanford GSB prof Matt Abrahams, is one of the most popular podcasts on Communication.

​It consists of quick, snappy conversations with experts (typically academics) from the world of communication and distils their advice into short 20-30-min episodes.

​In this episode, I liked some pithy lines of advice given by the guest, Glenn Kramon, a Stanford GSB lecturer in management and editor at the New York Times.

​I loved this one-liner from Glenn, when he was asked to share the best communication advice he’s ever received:

​Simple advice on the importance of starting with appreciation.

​Glenn follows it up with a great personal example. So Steve Jobs was once visiting the New York Times to give them advice. Here’s Prof. Glenn:

“(Steve) visited us at The NYT… to talk about how we could improve the paper… he knew we were slow to accept that computer screens would replace print newspapers. He could have called us chimpanzees, but he followed that fundamental rule of writing and speaking with influence. ‘Say what you like and what you would like, not what you don’t like’… So Steve started by saying what he likes. He told us that the nation needed The New York Times, that he and his family were such avid readers that they would fight over the Sunday print sections in their living room. We were so flattered that we would have followed him off a cliff after that. And then he said what he would like, for example, he told us the Times needed to make it easier for people to sign up online and offered his own iTunes as a model. So he never said what he didn’t like, that the Times was still in the Stone Age and wouldn’t survive unless we move forward in time.”

a. Yuval Noah Harari: Lessons from a year of Covid​

They say ‘Journalism is the first draft of history’.

​What if a historian (and probably the world’s best storyteller) attempts to do a ‘first draft’ of one of the most globally important events of our times?

​This magisterial piece on the implications from Covid-19, by the one and only Yuval Noah Harari, is an incredibly insightful read.

​Harari is superlative at giving an event historical perspective. By comparing with past pandemics, he makes us realise that the pandemic (despite its raging second wave in India) actually represents humanity’s victory over pathogens.

​The real failure, he concludes, lies with our political class.

​The key question is, can we be better prepared the next time?

​b. ‘How people get rich now’ by Paul Graham​

The present age is considered the ‘Age of Startups’. It can also be called the ‘Age of Inequality’. And it seems to be happening for the first time in human history.

​Paul Graham has an issue with the third sentence above.

​He uses data on inheritance and how wealth was made, to make the point that – the early 2010s are very similar to… wait for it… the late 19th century in how people would get rich.

“In 1982 the most common source of wealth was inheritance. Of the 100 richest people, 60 inherited from an ancestor. There were 10 du Pont heirs alone. By 2020 the number of heirs had been cut in half, accounting for only 27 of the biggest 100 fortunes…

In 1892, the New York Herald Tribune compiled a list of all the millionaires in America. They found 4047 of them. How many had inherited their wealth then? Only about 20% — less than the proportion of heirs today. And when you investigate the sources of the new fortunes, 1892 looks even more like today. Hugh Rockoff found that “many of the richest … gained their initial edge from the new technology of mass production.”

(Am I overusing Housel in this story-letter? Guilty as charged!)

​In this collection of stirring short stories, Morgan shares some wisdom through the oldest form of teaching: storytelling.

“Before launching themselves into space on rockets, NASA astronauts ran tests in high-altitude hot-air balloons.

A balloon flight on May 4th, 1961, took American Victor Prather to 113,720 feet, scraping the edge of space. The goal was to test NASA’s new spacesuit.

The flight was a success. The suit worked beautifully.

As Prather descended back to earth, he opened the faceplate on his helmet when he was low enough to breathe on his own. He landed in the ocean as planned, but there was a small mishap: Prather slipped from his craft while connecting himself to the rescue helicopter’s line, falling into the ocean.

The spacesuit should have been watertight and buoyant. But since Prather had opened his faceplate, he was now exposed to the elements. Water rushed into his suit. Prather drowned.

Think of how much planning goes into launching someone to space. So much expertise, so many contingencies. So many what if’s and what then’s. Every detail is contemplated by thousands of expert workers. But even then – despite so much planning – a tiny thing no one had considered invites catastrophe.

As Carl Richards says, risk is what’s left when you think you’ve thought of everything.”

​Once in a while, we catch an early glimpse of how the future will look like.

​Watching this video of a monkey using its mind to play a game is one of those jaw-dropping moments.

​Neuralink is another world-changing company by Elon Musk. What more will he come up with?!

I enjoyed this quirky set of sketch videos by Canadian comic, Julie Nolke. Using the simple element of contrast, she creates a tragi-comic dialogue between her present self and her (three-month-old) past self.

​Of course these are best viewed when they are topical, but it’s still watchable for the sharp writing and surprising observations.

Image by Steve Buissinne from Pixabay