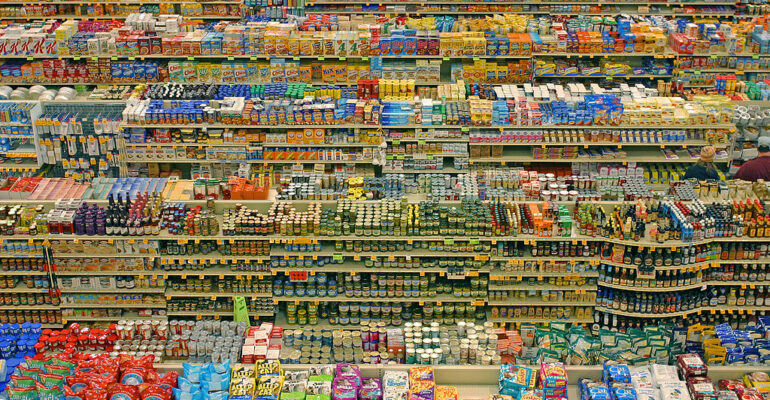 Business presentations can be boring – especially those made to the investor community. Hindustan Unilever Ltd (HUL) was making one such presentation at the CLSA investor conference in September 2016. The data they wanted to present was simple – strong positive volume growth across all the four quarters of 2015. They could have used a simple column chart to show the growth and be done with it.

In fact, they did use this chart:

In most presentations this chart would probably be accompanied by some additional information – on revenue growth perhaps – and then it would move on to other aspects such as costs, growth plans etc.

The story behind the data

But HUL wanted to tell the story behind this volume growth – one that highlighted their quick thinking, decisive action and learning from past mistakes. Here is the story that they told in the slide:

Reading the slide, you learn what happened. In 2009, commodity prices fell, resulting in smaller players mushrooming (due to lower raw material prices). They would naturally underprice HUL’s products. This led to a loss in market share for the company and fall in volumes in 3 out of 4 quarters.

In 2015, commodity prices fell again. It again led to growth of smaller players. But this time HUL was ready for them. It swiftly “corrected price-value equation” (corporate speak for ‘reduced their prices’) and it saw “up-trading across portfolio” (which means people who earlier bought say, Wheel would buy Rin, and those who bought Rin would buy Surf Excel). The result of these actions: strong volume growth across all 4 quarters.

And so, HUL told a clear story of their competence in one slide, by using a bunch of clever images (for instance, I loved the use of mushrooms or the pointy barrel for oil prices decrease), and very little text. A slide that doesn’t even need a narrator. A slide that subtly tells the investor “See, despite being a large behemoth, we were nimble and decisive enough to deal with competition from upstarts. (By the way, you should totally recommend a Buy on our stock)”

1. Use context and perspective

When you are talking about your performance, use context to put it in perspective. It could be competitive context (we grew at 10%, but competition has grown only at 6%), or time (our labour cost is 12% of sales, the lowest in 20 quarters) or even based on target/expectations (the analysts expected us to grow at 10%, but we’ve done 12%). HUL used time here, going back 6 years to dig out the previous instance of the same event happening.

Sometimes in order to highlight what has happened it is useful to showcase what could’ve happened. Something like “Sure, we may not have grown revenue by much because of lower prices, but you know what? It could’ve been worse. Why, don’t you remember what happened in 2009?”

Look around your own organisation, especially at instances of strong positive performance in difficult times. There’s most likely a story hidden there, waiting to be unearthed. Have fun finding and narrating the same!