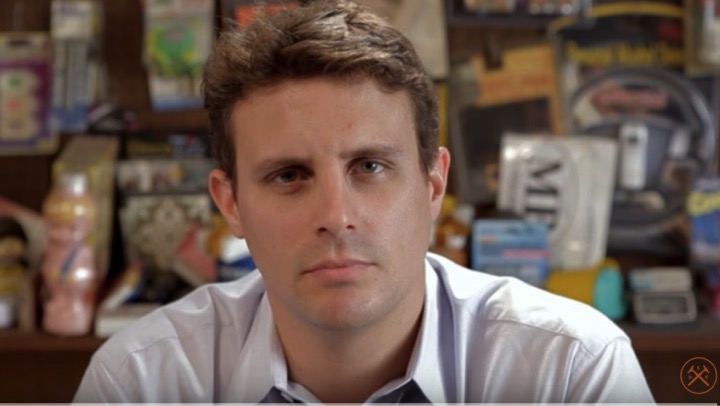 It is something that most men use almost everyday, without giving it much thought – a razor blade.

One young man from Philadelphia was however frustrated with the whole experience of buying them – the high cost, the inconvenience of visiting a store, unlocking the ‘razor fortress’ (the cabinet where they would be stored). He decided to do something about it and launched a company to sell razors online. So far, so normal.

Then in March 2012, to sell his idea, he wrote a short sketch for a video – leveraging his experience in digital marketing and improv comedy. He got a friend to direct it, and voila – the first commercial for the Dollar Shave Club was launched on 6th March 2012. Watch it if you haven’t already:

That commercial was a phenomenal success. Mike and team were just not ready to handle the unprecedented response. Their servers crashed. They ran out of inventory in the first six hours.

What made the video so impactful?

Michael Dubin is a master storyteller. He leveraged some key aspects of effective stories in this one-and-a-half minute video:

After using hyperbole to state that “Do you like paying $20/month for brand name razors? $19 go to Roger Federer”, he deadpans “I’m good at tennis” even as he misses an easy shot.

The video is filled with other funny quips – the reference to his “pop-pop”, the Vanderbilt joke. Humour is a great way to capture and hold attention. It is tough to incorporate in a business presentation, but in the blogposts ahead, we will explore some options on how to do so.

After stating the eye-popping price of a dollar a month for the blades, he asks, “Are our blades any good?” and immediately confesses “No”. Then he pauses.

He follows that with an emphatic “Our blades are f***ng great”.

The reason that line works so well is because of the surprise element. When he pauses after saying ‘no’, our minds are expecting him to say “Look we had to cut corners to make the blades so cheap…, so live with it.” Instead the next line completely knocks that expectation out of the window. Surprise – which essentially means some deviation from a norm or expectation – is also a great tool to capture attention.

When stating that the razor is so gentle that even a toddler could use it, he doesn’t leave it to our imagination. A bemused kid holds a razor over the head of a nonchalant dude reading the ‘Lean Startup’ (and probably freaking inside at the thought of a little tyke holding a sharp instrument a few inches from his neck).

The visual is powerful and does a much better job of selling the “smoothness” of the shave than a thousand words of explanation could.

A story that launched a billion dollar company

So, where did all that impressive growth take Mike and his company? Well, they didn’t do too badly.

From near obscurity to a $1 billion company – in 4 years.

And it all started with a brilliantly told 90-second story.

Finding the hidden story in a corporate P&L