Around this time in March 2020, the world was coming to terms with a mysterious new virus which had spread across the globe.

Reacting to the news of nationwide lockdowns, bans on air travel and various other restrictions, the stock markets went into a free-fall. Here's what happened in the US (Dow Jones):

But this time, the market was quick to recover these losses. In just five and a half months, it was back at 29,000 levels.

That's a known fact, you might say. What's the story here?

Well the story was spotted by a blogger named Nick Maggiulli, who writes a blog called "Of Dollars and Data".

Nick starts his post with this question he asked on Twitter at the time of the market crash: 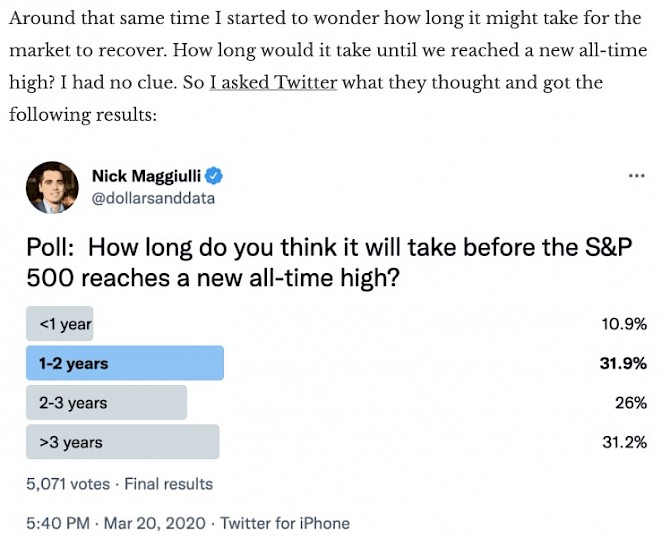 At a time when everyone's mind would have been preoccupied with thoughts of health, safety, panic because of losses etc., Nick had the presence of mind to ask his Twitter audience this important question: how long did they expect the market to take to recover its losses and reach an all time high?​

The respondents were not very bullish. As he writes:

Over 5,000 votes later and Twitter had decided—the recovery would take 1-2 years. But that was just the most popular answer. Technically, the median estimate was 2-3 years, with 31% of investors thinking it would take over three years for the market to recover.

His point: in the face of the crisis, almost everyone was more pessimistic than needed. Even the optimists were pessimistic.

It's not just crises. Maggiulli also uses another example to illustrate the limits of our optimism - especially our inability to truly comprehend the power of compounding over time: 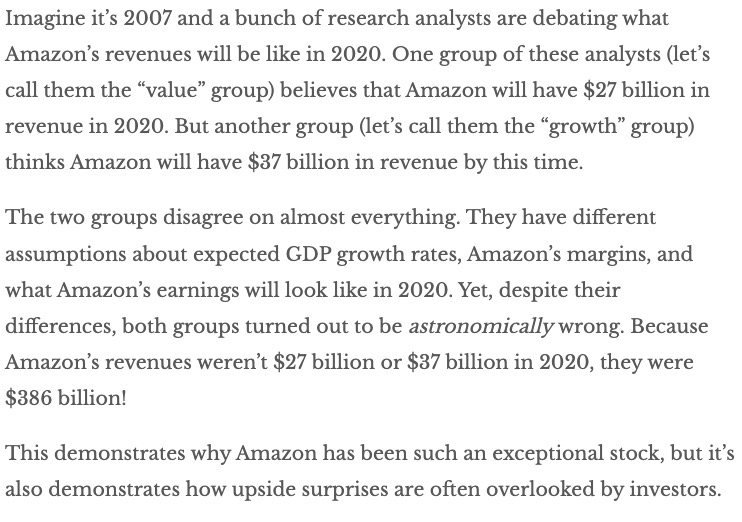 Whether or not you agree with his main point, I found the post useful for the demonstration of a key storytelling technique: norm and variance.​

If someone had told you that, after a crash, the stock market recovered its losses in 5 months... you might be surprised, but not sure about how mind-blowing a fact it was.

But what makes Nick's point noteworthy is the norm - of 2-3 years median time from his Twitter survey - and the variance from it, that he uses to make us realise the surprising nature of the recovery.

When presenting any data point, look for the right norm to compare it against. 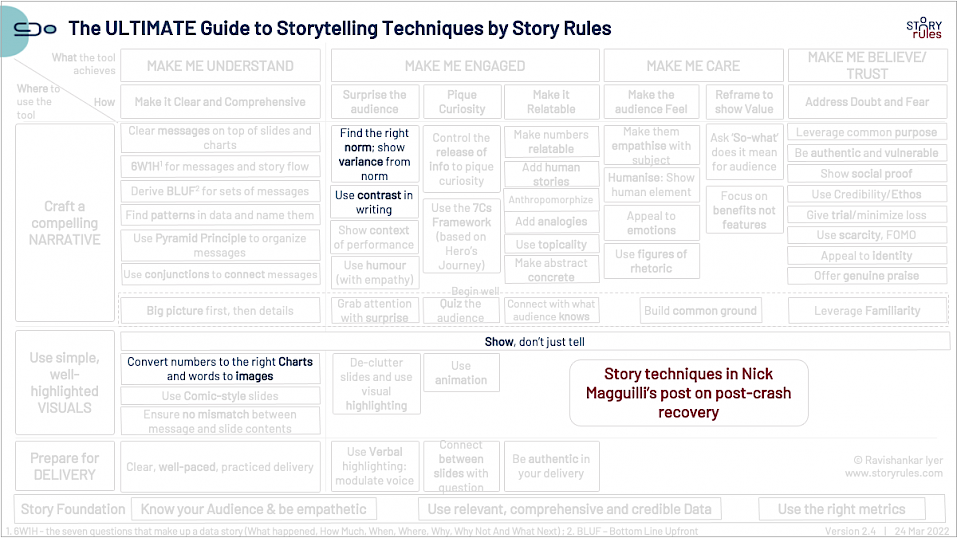