How do Indians advance in life?

They use different routes:

Imagine trying to communicate something as unwieldy as the above on one slide using those four bullet points.

Good luck trying to get your audience to remember it.

Which is why, Sajith Pai and Amal Vats at Blume, decided to make it easier to communicate in their recently released 'Indus Valley Annual Report 2022', which I also profiled yesterday.

Here's how they decided to 'package' this pattern - about how Indians advance in life.

What is the storytelling technique here?​

Similar to the example featuring the 5Ds of a CEO's job, this one:

After a few weeks or months, you may forget the details of the numbers in this slide. But you will remember: English, Exams and Exits!

Other quick points on techniques used in this slide: 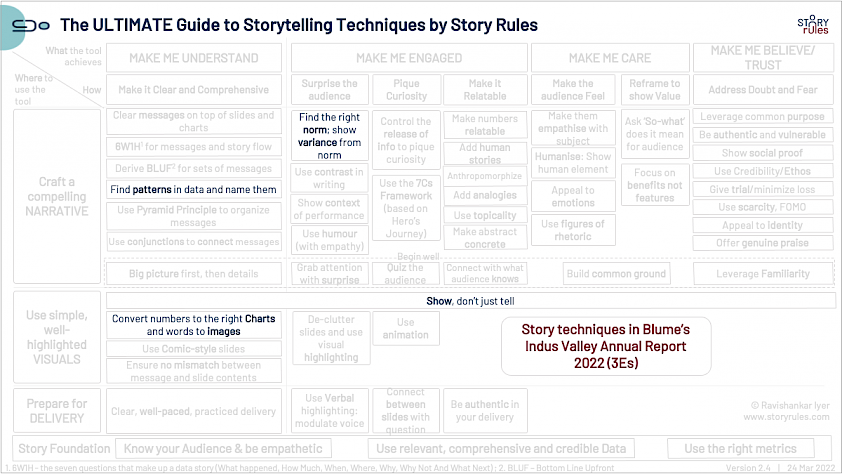