A social media service? A platform to share your thoughts on all topics? A place to connect and learn from the best in the business?

It's all of this and more. 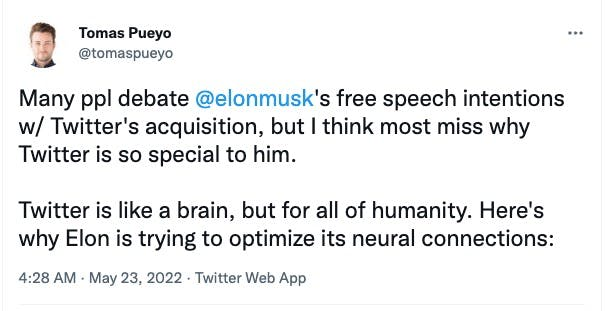 Now analogies are just mental models that help us understand something better. No analogy is perfect.

But you can test the relative strength of an analogy - using something known as the Velcro method.

I came across this in the classic 'Made to Stick' book by Chip and Dan Heath. In the book, the authors (appropriately) use the analogy of velcro to explain how our memory stores ideas:

Memory, then, is not like a single filing cabinet. It is more like Velcro. If you look at the two sides of Velcro material, you’ll see that one is covered with thousands of tiny hooks and the other is covered with thousands of tiny loops. When you press the two sides together, a huge number of hooks get snagged inside the loops, and that’s what causes Velcro to seal. Your brain hosts a truly staggering number of loops. The more hooks an idea has, the better it will cling to memory. Your childhood home has a gazillion hooks in your brain. A new credit card number has one, if it’s lucky.

In other words, to make an analogy memorable, the more 'hooks' you can find between the two ideas being compared, the stronger the association would be.

Back to Twitter as humanity's brain. How many similarities (or connective hooks) does Tomas find between the human brain and Twitter?

That's right - he identifies seven common traits between these two, making it a strong analogical connection:

- Strengthen your analogy by exploring multiple connections between the two ideas 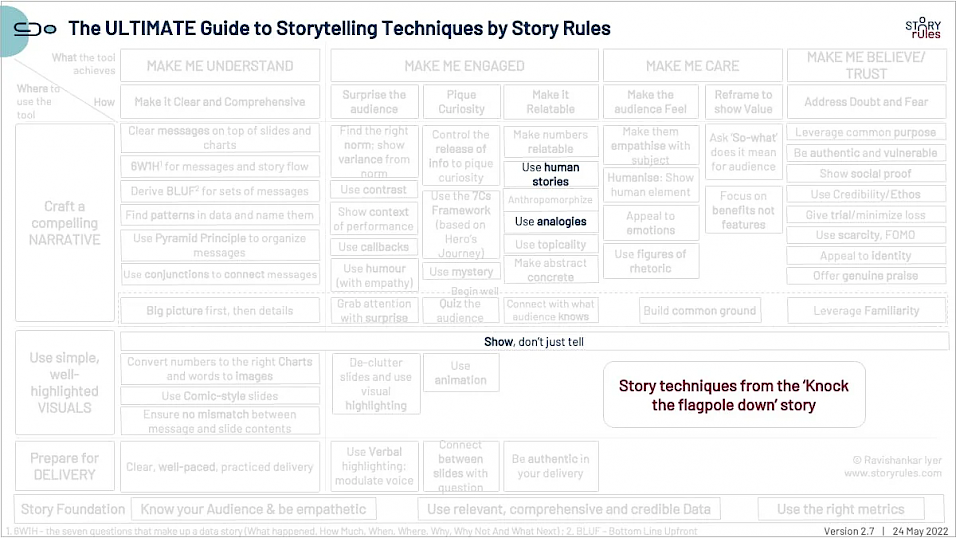