Consider this Wikipedia table about population by country in Africa. 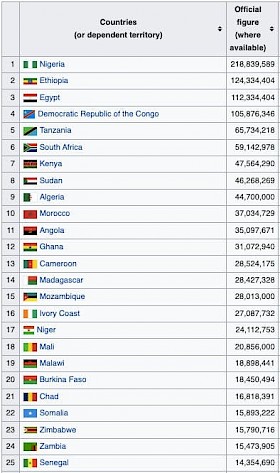 If you look at the table closely, you will see the following trends:

1. Nigeria is the most populous country by far

3. If you exclude some regions - especially Egypt and East Africa (Ethiopia, Tanzania, Kenya etc.) - the other countries are not very heavily populated, despite many of them being in the tropical zone.

Keeping these in mind, a Twitter handle called Amazing Maps created a very cool visual to show how Africa’s population density varies significantly across the continent (the red area roughly corresponds to Nigeria). 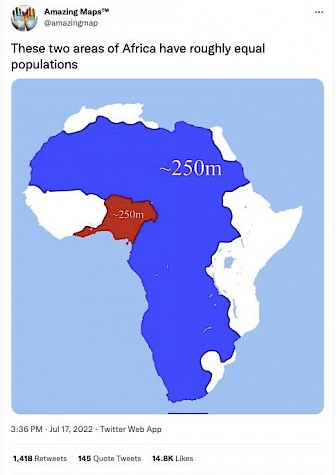 Source: Amazing Maps tweet
Such a simple yet powerful visual to make the point!

If you are wondering as to the reason for this disparity, the answer is two features: the Sahara desert and rainforests!

Incidentally, the same handle had also created a striking visual showing the incredible density of the Indo-Gangetic plain (which I call as the most populous piece of real estate on earth). 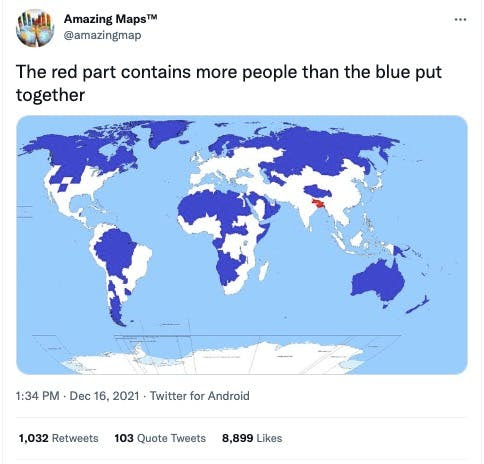 Be creative in your use of visuals to make your point - and make your numbers relatable. 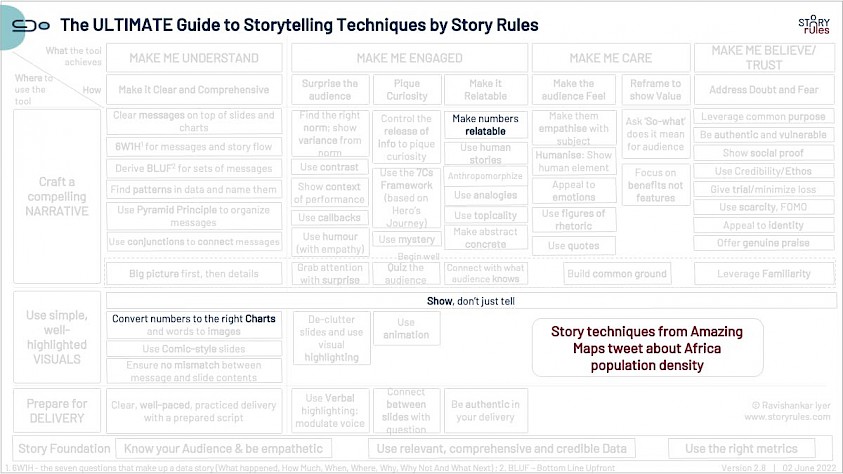