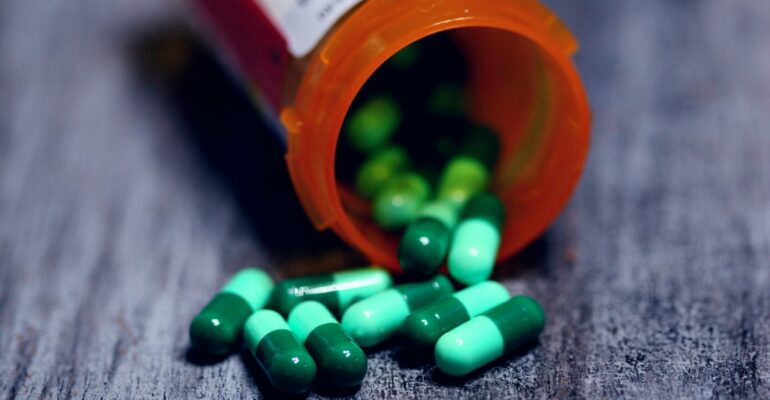 Say you have some non-flattering performance to communicate. The division you lead has had a terrible quarter and it’s up to you to present the bad news with the Executive Leadership team. Things could get ugly.

​As a default approach, most of us would tend to:

​But perhaps we can learn from a fascinating story that played out in the US around 40 years ago.

​A horror story that unfolded in the fall of ‘82

A twelve-year-old girl wakes up at dawn with cold symptoms. Her parents give her some medication and send her back to bed. At 7 a.m., that girl suddenly dies on the bathroom floor.

​A twenty-seven-year-old man dies of sudden heart failure after taking some medication to relieve chest pain. That very evening, relatives have gathered at his home to commiserate. Two of them – a couple aged under 21 years – die within the next 48 hours.

​Another twenty-seven-year-old mother of four dies the next day.

​It seems like the plot of a bad cable TV crime-serial episode. But it all happened – in September 1982, in the Chicago region of the United States.

​At first, no one could find the connect between these random deaths. Then, within a few days, two off-duty firemen realized something common in the reports: a drug called Tylenol.

​Tylenol was no esoteric drug – it was a highly popular OTC medication (think of it as the Crocin equivalent in the US) marketed by the pharmaceutical giant, Johnson and Johnson (J&J).

​The police quickly established that there was nothing untoward in the company’s manufacturing or distribution. It was a rogue person who had surreptitiously laced some Tylenol bottles with the deadly poison, cyanide.

​While the police focused on catching the killer, the company had a tough task: how to contain the negative fallout?

​A response that is feted to this day

​What J&J did next is regarded as a masterclass in dealing with a crisis.

​To me, the episode highlights an interesting insight for leaders: While any sort of bad news (especially the ghastly one above) should be prevented, sometimes bad stuff happens. In such situations, your reaction to the same, might actually enable you to strengthen your brand*.

​Your brand = your Ethos

I’ve written about Aristotle’s three-part persuasion framework, several times in the past.

​Ethos is painstakingly built over time – and is driven more by your actions rather than your words. If you consistently deliver on what you promise, you will build your ‘Ethos’ with your stakeholders, and they would increasingly believe what you say (even if you don’t have strong evidence to back up your assertions).

​But there is one counter-intuitive situation where you can build your Ethos just by your words, not your actions. When you have to deliver bad news.

And so, if you find yourself in the unfortunate situation of having to deliver bad news, instead of being defensive, obscure or evasive about it, you should follow the 3-Ws technique:

The 3-Ws technique works for delivering bad news when it’s a low-frequency event. If you find yourself giving ‘bad news’ too often, audiences won’t be too pleased – and all the honesty and root-cause-analysis in the world may not assuage them.

​If you find yourself in a situation where that is happening too often, check for these:

​So, (aside from these exceptional situations) the next time you have to deliver some bad news, recognise it for the opportunity it is – to enhance your Ethos – your brand – in the eyes of your audience – by using the 3-Ws framework.

​*PS: I realise that connecting an unfortunate event like the Chicago-Tylenol deaths with the concept of ‘brand-building’ sounds incredibly icky…. and I realise why it seems so.

​I used to conflate the word ‘brand’ with advertising and self-promotion too… and that makes it sound like a bad thing.

​But, when reading a recent book (review coming soon!) I realised that the word ‘brand’ is just another word for ‘trust’… And trust is a foundational currency that we all deal with right?

​In this particular situation, due to no fault of theirs, J&J found themselves staring at the possible demise of an iconic brand trusted by millions. But because they dealt with the situation in an honest, transparent and customer-first approach, they could continue to survive and thrive.

​Most of us may not be managing multi-million dollar product brands… But we do manage one priceless brand all the time: our own reputation.

​I hope that you found the example and the concept useful to better manage your own personal brand.

Photo by Sharon McCutcheon on Unsplash

A framework to analyse your audience for a big presentation