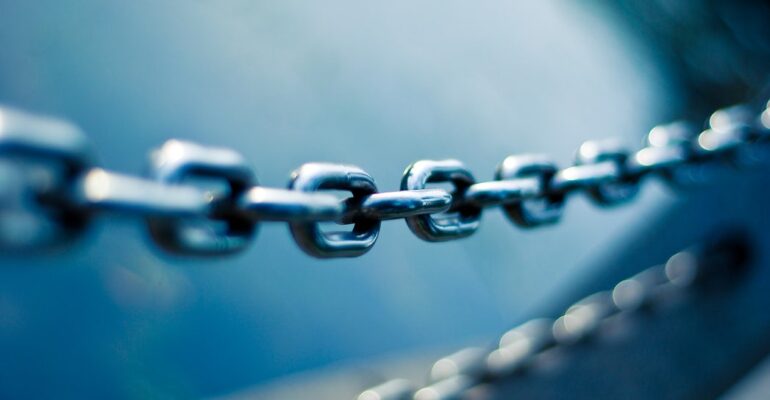 Think of your data-story as a train of messages. Your main theme is the engine. Each message corresponds to a car/wagon of the train. It’s a big presentation – you’ve thought through your messages and organised them in the right flow (first 2AC, then 3AC, then Sleeper etc.). But something’s missing.

In this post, we will talk about these crucial, though often overlooked links, that hold the story together, and sometimes signify a change in its direction.

Let’s explore 5 such ‘links’ – words/phrases that can significantly improve your story flow.

1. Before this/Until this point … And then

This one looks at a contrast between what happened and what was the norm before. It is especially useful when dealing with events/achievements that we take for granted. A recent podcast – by TED Radio Hour – dealt with Abraham Maslow’s Hierarchy of Human Needs. What caught my attention was the way they started the story.

Normally you’d have just started with Mr Maslow, details of his theory etc. For instance, take the Wikipedia entry on the theory – it gives accurate details about when Maslow’s paper was published, the name of the publication and the details of the hierarchy itself. All accurate, but doesn’t answer a simple question: Why was this special? What was remarkable about him and his theory?

And that’s where the podcast works. Here’s how they started: “Hey, this is Guy here, and this episode is all about Abraham Maslow’s Hierarchy of Human Needs. Did you know that up until the 1950s psychologists mostly focused on what was wrong with people. And then, came Maslow … Instead of looking at what was wrong with his patients, Maslow was one of the first to think about what’s right with the person.” And then it goes on to discuss the actual theory.

Why is this important? Describing an achievement (especially a historic one) suffers from one major issue. Once we have something, it seems normal/taken-for-granted/par-for-the-course. To convince the audience why that achievement was special, you need to describe how things were prior to that event/achievement. And that’s where the phrase “Before this… and then” comes in handy.

Some corporate examples for this:

2. You would think/What’s your guess?

Got a surprising finding in your story? Especially if it contrasts from what the audience would expect it to be? Then don’t directly jump into the finding. Always, always, give the counter-factual, or make them guess.

Comedy show legend, Jon Stewart was a master at using this tactic. In an old episode of the Daily Show (Apr-2013) he unpacks the grim happenings in post-Arab Spring Egypt. Bassem Youssef, a popular Egyptian comedy-show host had been arrested for insulting the Egyptian President and Islam.

Well, at least that’s what happened. Here’s Jon’s take on it (watch the 2-min clip before reading ahead).

So what do Jon (and the Daily Show team) do differently here:

Can you use this principle at work too? Sure, here are some examples:

So, the above two phrases (‘Before this’ and ‘You would think’) are fairly powerful and under-used. Besides them, here are 3 more simple words/phrases that we all know of, but don’t apply as much as we should when telling a data-story.

The simplest and most used link – because it signifies a change in the story’s direction. Some examples:

So, keep your eye open for contrasting messages in your story. Think of each of the message statements above as a separate message/slide in your presentation (e.g. separate slide for Revenue being up 15% and separate for profitability). The link word is what connects the two slides.

This is simple cause-and-effect. Examples

The mirror image of this link is ‘So/Therefore/Consequently’. For instance:

This is a factor that could’ve led to a different outcome, but did not (mostly because of another factor). Examples:

So now you know that it’s not just important to have your story messages right, you also need to link them with the right connector. Do that and your train of thought will surely reach the intended destination.

How to present complex, technical information in a captivating way