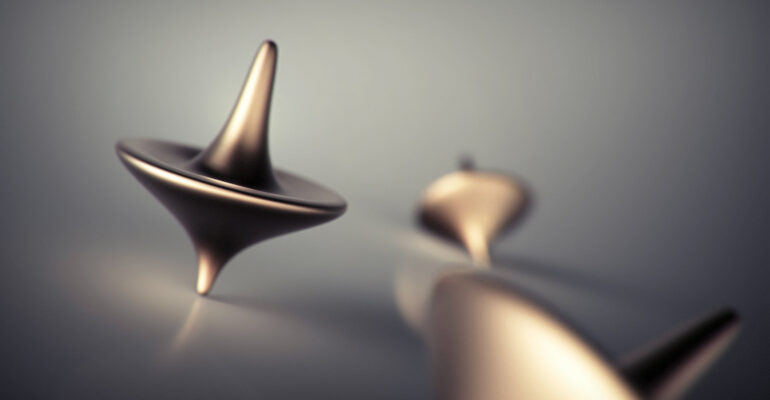 Learning from the world’s most admired storyteller

If movie-making were a game, then Chris Nolan has been operating at ‘God Level’… wait make that ‘Rajinikanth Level’ (and I say this with full cognisance, being a Thalaivaa fan).

What’s the secret of his (Nolan’s not Thalaivaa’s) storytelling success? Let’s look at some examples from his movies:

Ah, so that’s his secret – create something completely novel.

But wait a minute, there are some other elements that don’t, well, seem so new:

So – that’s the real secret then: make your story relatable and familiar.

Some of the examples in the above segment may seem stretched, but the principle is solid: here’s Chris Nolan’s take on it himself, in a recent podcast (this was just after Dunkirk released):

Interviewer: “(Given your reputation) do you feel a sense of responsibility to take risks, … to challenge yourself and the audience each and every time?”

Nolan: “It’s interesting to talk about… the idea of challenging audience expectations… because, that’s the movie I want to see, I don’t want to see a film that I know what it’s going to be … and it’s the balance between familiarity and novelty…. It’s that balance that as moviegoers we always look to… We want to know what we’re getting ourselves into, that there’ll be some adherence to the conventions of blockbuster film-making … we’re gonna be entertained, essentially. … What I’ve tried to do, is to strip down that set of expectations in terms of what’s really important to me in a blockbuster, what are the boxes that have to be ticked… (and there are a lot of boxes that get ticked that no one really cares about). If you make a film that does something different, that’s more exciting for people.. certainly as a film goer, I want to see things I haven’t seen before. I want the tricks to be reinvented I suppose…”

What he’s essentially saying is: I need to keep some familiar blockbuster tropes (people expect to be entertained), but I also need to include elements of novelty that will blow their mind.

That to me, was a deceptively simple, yet brilliant insight from a great mind. Let’s unpack it a little.

The balance between novelty and familiarity

In today’s distraction-filled age, your best tool to get that precious, precious resource – somebody’s attention – is surprise or novelty. It caters to our need for something being new, or variant from the expectation/norm.

On the other hand, we also have a phenomenon called neophobia: if something is too new or alien, we are suspicious or just uninterested – we need to be able to relate to new stuff. Which is where the need for familiarity comes in.

This seemingly contradictory principle has been articulated well by journalist Derek Thompson (the author of a recent bestseller, Hitmakers). In an article for the Atlantic, he gives interesting historical context to the idea: a Frenchman named Raymond Loewy (widely regarded as the father of Industrial Design in the US), came up with this thought. Here’s the relevant extract from the article:

“(Loewy) believed that consumers are torn between two opposing forces: neophilia, a curiosity about new things; and neophobia, a fear of anything too new. As a result, they gravitate to products that are bold, but instantly comprehensible. Loewy called his grand theory “Most Advanced Yet Acceptable”—MAYA. He said to sell something surprising, make it familiar; and to sell something familiar, make it surprising.”

Wow, that sounds powerful … but, beyond the clever play of words, what does that actually mean?

Adding surprise and familiarity to your story

it means that you have to always review whether your story contains these two elements – and add them where needed. Let’s take a simple example. We’ll take a set of facts from history and try to add both surprise and familiarity:

What we did there is two things:

Of course you don’t have to add both elements to every slide/part of your story. But essentially you need to ask yourself: in my story, is there something familiar/run of the mill/something that people know and take for granted? Then I should find an angle that makes it surprising. For example the way Yuval Noah Harari (in this short extract of his TED Talk) unearths surprising perspectives about a fact that we completely take for granted – God and religion.

On the other hand, if you have a surprising/novel/non-relatable fact, then you should make it familiar or relatable. For example, take this para below which has some shocking facts, but is not relatable to a global audience:

“Radicalised terror affects not just western nations, but also poorer countries. For instance, take the atrocities committed by Boko Haram in Nigeria. It is estimated that Boko Haram has captured an area of around 19,000 square miles in Nigeria. The US and western countries need to do more to combat this global threat.”

And now check out this brilliant clip from the Daily Show (I just *love* the incomparable Jon Stewart’s expressions in the video), where they try and ‘break things down’ for (and take a dig at) a geographically-challenged American audience.

(In fact most late night comedy shows extensively use this technique in order to make “boring”, arcane topics relatable to a mass audience. Their usual tools: analogies and metaphors – basically talk in the language of your audience.)

A corporate example to show this? One of our earlier posts had covered this; here’s the summary:

(This is going to come as a curveball, but hey, this is an article on surprise.)

I was recently listening to a song when I came across a line which resonated with me (and this article’s theme). This is the 1980s Illayaraja classic from Sadma, Surmayee Ankhiyon mein, in which the dulcet voice of Yesudas croons in the 1st para:

That was Gulzar sahab. Trust one legend to connect with another, in their own way.

May the balance be with you

So to summarise: Look to achieve this balance between novelty and familiarity in your data stories. Keep your eyes and ears open – you can spot and learn from many examples of these two techniques being used in the popular media. And for sure you’ll be able to identify areas at work where it sorely needs to be used!

And when trying to apply it, if you feel stuck somewhere, you know who to call using the Bat Signal!

Also, for videos, I have used a simple new tool, to clip the relevant portion (so that you don’t have to navigate to the specific time). It is called Reclipped, and you can try it out.