You should, because that is the right number (the Russians disagree*). I just made up the square miles stat to make a point.

Numbers - especially large, foreign numbers - are meaningless to us. As storytellers, we need to make such numbers relatable.

Which means you need to translate that number into something that your audience deeply understands.

Which is what Trent Telenko (ex-US DoD) did when he he made Ukraine's size relatable to his US audience while doing a deep-dive into Russia's offensive: 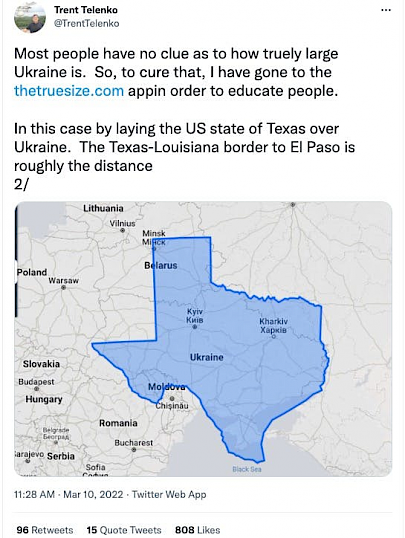 Telenko uses a fascinating tool to do this - a website called True Size.​

True Size works at a country level - and allows you to "move" a country across the world map. For e.g. you can move India to North America... and see that Canada is not as big as you think! It's a fun tool - give it a try.

And oh, if you are explaining to an Indian: Ukraine is about the size of Maharashtra and Madhya Pradesh put together. Or roughly about the 5 key south Indian states (Andhra Pradesh, Telengana, Karnataka, Tamil Nadu and Kerala) put together.

Make your numbers relatable. How? Once you have communicated a new number, just add this phrase: "To put that in perspective..." and translate that number into terms that your audience can relate to.

Oh, and also look up the definitive book on this topic: 'Making Numbers Count' by Chip Heath and Karla Starr. Here's my review of the book. 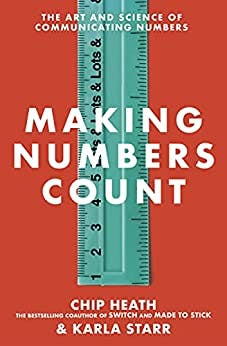 * War is messed up. No one can condone the Russians' actions. Having said that I'm just looking at a narrow, story-learning aspect from the discussion around this topic. I don't have any knowledge or expertise whatsoever to comment on the situation itself.