It's fascinating how often narratives which have no basis in facts, capture the public imagination.

One such narrative is that of the 'Great Resignation- the spate of resignations seen by companies across industries, especially in the US.

Various reasons are being put forth for this exodus away from jobs: People hate their jobs, working from home made them realise the futility of commuting, people are looking for meaning in what they do etc.​

But hang on, says Derek Thompson in a recent article for The Atlantic. Let's look at some data first.

I love how he uses contrast to get the audience's attention (emphasis mine):

Then he proceeds to bust these myths with data.​

The first one is the easiest to debunk. No one wants to work anymore? Well, the unemployment rate is under 4 percent. More than 80 percent of prime-age workers are employed or looking for work. The labor-force-participation rate for workers ages 25 to 54 is now higher than it was for most of the Obama administration. These facts don’t describe a country where “no one” wants to work. They describe a country where almost everybody wants to work, and where many nonworkers—including many mothers and caregivers—“desperately” want to get back to work but can’t.

Here's how he concludes his piece:

Some of the simple storytelling techniques Derek Thompson uses are:

PS: Here is the context for #SOTD and the 'Ultimate Guide to Storytelling Techniques' framework I use - in case you joined this series late! 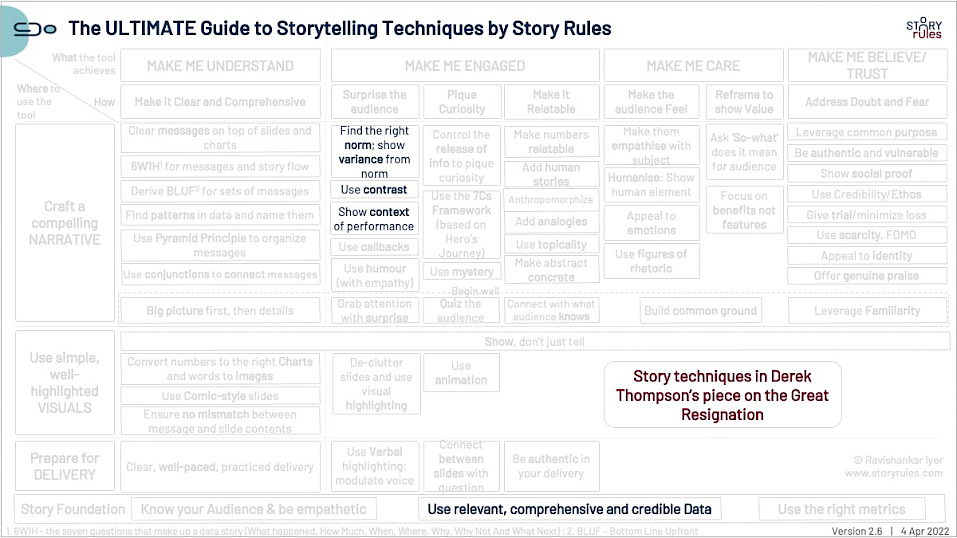