If you haven't been living under a rock, then you would have seen the new CRED ad:

I mean, who comes up with this stuff?

Ooh, I know - Devaiah Bopanna and gang. Did I mention, I interviewed him on my podcast recently?

The key principle used in the ad: A balance between familiarity and novelty (we discussed that in #SOTD 9)

Ravi: This skill that you guys have of observing and looking for the most surprising angle is very cool, which is what you’ve dialled up to the max in the Cred ad series. Where you’ve just said, “Okay, we’ve got Rahul Dravid, and we’ve got Venkatesh Prasad, what will be the most surprising thing about these guys?” I think that's probably the question that you've asked (yourselves). Did you, then, brainstorm a bunch of things until you came to think, “Okay, Indiranagar ka gunda” (Goon from Indiranagar) for Dravid; boy-band for Srinath”?

Dev: It was pretty much what you were saying, “what is the most (surprising thing we can do?)”; that was the whole campaign: “As crazy as __” or “As unlikely as ___”; so, it is just that. Take a celebrity (then think) what is the most random, crazy, bizarre thing that you can do or put them in, that you've not seen them do before? But the whole idea is that you have to stick to that gag. If you're making a boy-band, it can't be a half-assed attempt; you have to actually write a song, you have to make sure that song sounds like a boy-band song, that it's written like a boy-band song, you have to take all the tropes of a boy-band while writing that song. Like the chorus, or how they sort of stretch a few letters; So, you take all that and try and make something out of it, to build something out of it.

Ravi: This is really important, I feel, because there's this concept that I keep hearing in storytelling, which is that every good story is a balance between novelty and familiarity. You've got the novelty element by putting these guys in an unfamiliar place, but then in that place, it should be very familiar, which is which is what you're trying to do.

Dev: Beautifully said. Yeah, I think what you’ve said completely hits the nail on its head. It's that.

Note the part I bolded above - a word used to describe that is 'verisimilitude' - the appearance of seeming to be true.

Even in the Antakshari ad, note the amount of effort to recreate the 1990s vibe:

- The original iconic anchors with their hyperactive enthusiasm

- The costumes (uff, those outsized shirts, the floral prints, the gold watches)

- The garish lighting and sets 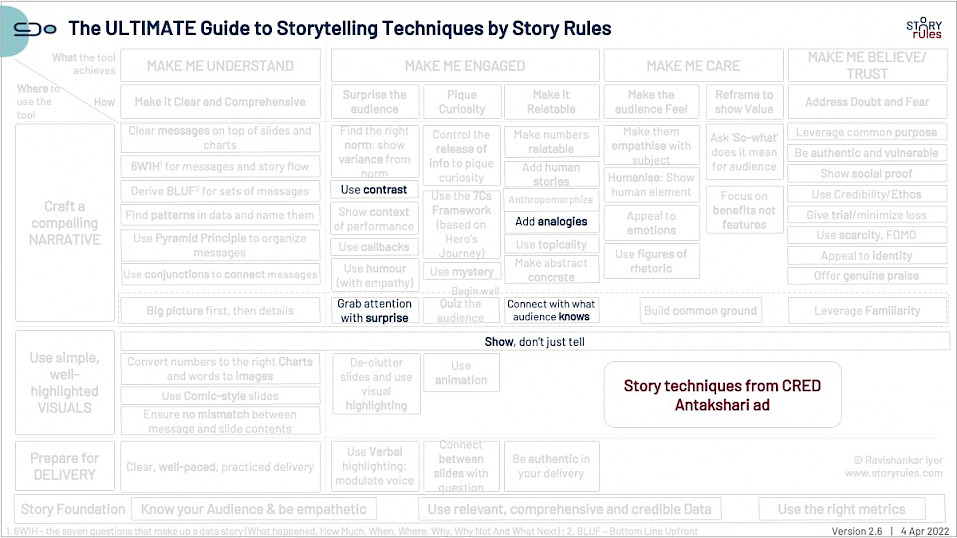