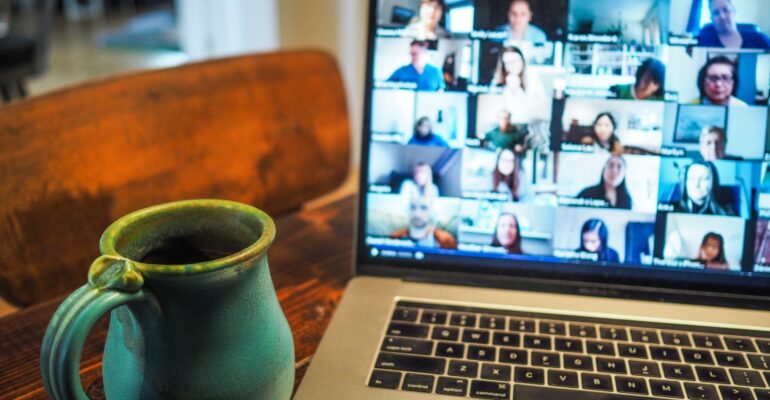 It is the fag end of a long Zoom training session that I am attending. About 450 attendees still remain from the 750-odd who’ve joined.

Then, one person asks a thoughtful, logical question.

And the response by the facilitator – Tiago Forte – has us stumped. Speechless. And further in awe of him.

Tiago Forte is a superstar thought-leader in the fascinating new world of PKM (Personal Knowledge Management).

PKM consists of a set of techniques and practices to make better use of the knowledge that you consume (through books, articles, podcasts, videos et al) and ensure that you are able to produce better quality outputs (i.e. be more creative).

I will write a separate post on what Tiago does and why his methods are so simple, yet revolutionary. Suffice to say that he’s by far the best in the world in this field.

Like many thought leaders, Tiago has a blog, a podcast, a YouTube channel and (of course) an email newsletter. But his flagship product is his four-week cohort-based-course (CBC) named “Building a Second Brain” (BASB). Typically, it runs only twice a year.

After watching his work from the sidelines for several months now (hat-tip to Aditi Parekh for pointing me in his direction), I finally took the plunge. I enrolled for BASB-12 – the 12th cohort of the course, which started on 5th May.

Like many other CBCs, BASB runs over four weeks with five 90-min live sessions every Wednesday (9.30 pm India time). Between the live sessions, there are videos to be seen, assignments to be completed and discussions to be had with other course participants.

What is this course priced at, you may wonder? Brace for it.

The base-level Essential Edition, which I took, is for $1,500. [Admittedly, it was not an easy call for me. I paid around that much for my entire Year 1 fees at IIM-A (it was much cheaper back then!). But I felt I owed it to myself – and my audience – to learn this skill.].

Is the course worth it? Oh, it’s completely life-changing. As mentioned earlier, I will write a separate post describing why.

But today, I want to share an incident story. One that occurred in the third live session of the course, last Wednesday (19-May).

A thoughtful logical question, and a surprising answer

It’s the fag end of the call. We are well past the 90-min mark for the session. Quite a few folks have dropped out, possibly due to other commitments. But Tiago continues, with 450-odd folks hanging on to his every word.

“I’m sceptical of the knowledge I consume. I constantly worry that it is inadequate. How can I get over that feeling?”

Now, while she was talking about being sceptical of information being consumed, Tiago wisely interpreted it a bit differently… about how that scepticism boils over and affects our ability to create…. and leaves us hesitant to hit ‘publish’.

It is something that a lot of us go through right? We worry that ‘we just don’t have enough information’ to write that article/publish that blog/start working on that presentation.

Now, Tiago could have given her a logical answer about why what we have is good enough, about how perfectionism can be debilitating, and about how hitting ‘Publish’ helps us get feedback on our work.

He did none of that.

Instead, he told us a story.

Here’s how it went (again, paraphrasing):

“When I was in the US Peace Corps, I was sent to Ukraine. I was in a small town called Kupyansk and was teaching English to the kids there. Somehow I was not really able to see much impact being created by my work.

During the summer, almost all of Ukraine descends to ‘Summer Camps’ held on the shores of the Black Sea. During one of those Summer Camps, I decided to start a small initiative to teach Project Management to the kids.

I called it ‘PBC’ (Projects Bring Change) and taught some basic project management techniques to those kids – to plan for and execute civic improvement projects.

Now when I say basic, I mean extremely basic stuff. Techniques like To-do-lists, having an agenda, making a plan… nothing earth-shattering about what I taught.

But these were kids from an erstwhile Soviet Union country… and for many of them ‘civic improvement’ was something that the government did; it was not their responsibility…

So it was important for them to start taking ownership of their problems.“

And as Tiago is sharing this, we are riveted and by now, have an inkling of how it might end. The Ukranian kids implement PBC principles, create projects, and bring about lasting change.

Umm, it was along those lines… but there was something else… Tiago again:

“When I went back to meet those kids, I was astounded by the impact. So many of those kids had achieved so much in life. Many were working in leading tech startups – one was working for Grammarly… And all of them spoke so highly …. about the impact that that one Summer Camp PBC activity had on their lives. They were so thankful for it“

And as he was saying this, something extraordinary happened.

Tiago choked up. Tears welled up and he couldn’t talk.

I cannot even imagine what would have been the impact had this moment happened in a large auditorium with 500 people in the audience.

But – and this blows my mind – at that very moment, all 450-odd folks in that Zoom call, sitting several thousand miles away from each other, felt a connection.

But Tiago wasn’t done. Reaching out for a tissue, he dabbed his nose, rubbed away his eyes and continued…

“When you say that you are sceptical of the external ideas that you read, that means you are also sceptical of what is inside you. But you have to realise that you are extremely privileged to be even asking this question!

All of you are like Scrooge with a hoard of riches and treasure, locked away in your mind and yet saying to yourself ‘I don’t have enough to share’. But you do! All you have to do is to find that one set of people you can help. And help them.”

Essentially, Tiago was telling us that: The ‘complexity’ or ‘sophistication’ of your ideas don’t matter… What matters is the impact they can have on someone’s life.

And just by using that simple yet stirring story – and being completely honest and vulnerable in narrating it – he instilled a ‘can-do’ and ‘must-do’ belief… in the minds of 450 people.

It’s rare to come across storytelling more powerful than that.

So, what is holding you back?

Photo by Chris Montgomery on Unsplash